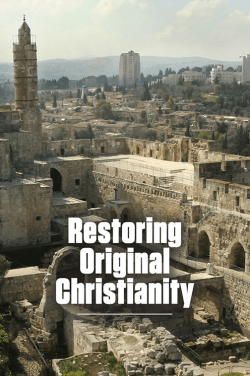 If Jesus of Nazareth were to return to the earth today, would He recognize the religion that is using His name? Would He be shocked to find that people claiming to be His followers have been waging war against each other almost continually for the last 1,900 years—Catholic fighting Catholic, and Protestant fighting Protestant? That His professed followers believe doctrines totally contrary to what He taught, observing different days of worship, different customs and—most importantly—having a totally different concept of God and of His purpose than Jesus and the original Apostles did?

Jesus might wonder: “Why are they putting My name on all this “stuff”?