A Storm With No Name… | Tomorrow's World 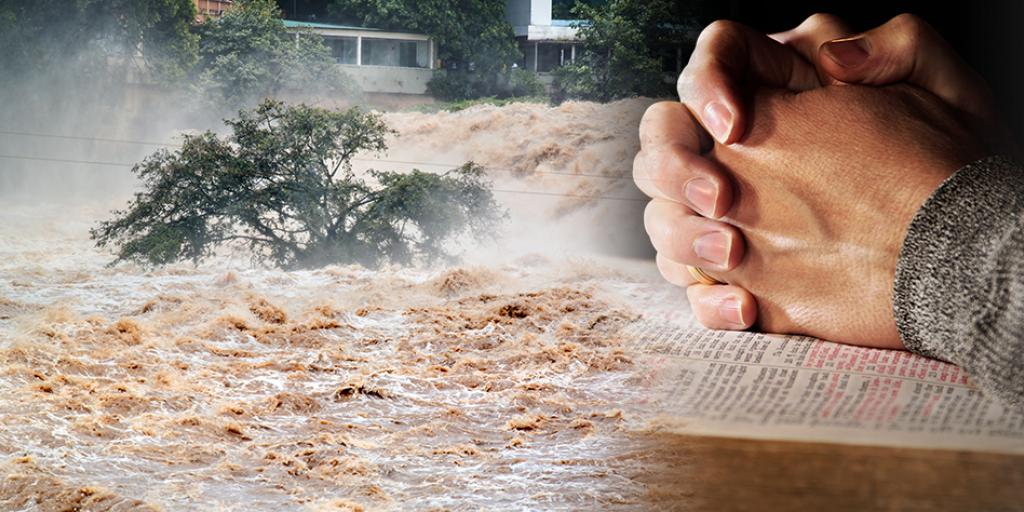 A Storm With No Name…

…is still a natural disaster for the tens, if not hundreds, of thousands whose lives have been affected by it. If you’ve been watching the news, over the past few weeks, this is what you have seen unfold in Baton Rouge, Louisiana and its surrounding areas in the southern United States: thousands without power, entire towns flooded, and droves of homeless people facing uncertain futures—or have you?

Ever since, many have complained that people don’t know the full extent of what has happened because of a perceived failure of the media to provide adequate coverage.

As riots were breaking out in Milwaukee, the Olympics were being broadcast worldwide, and the U.S. campaign ground onward, a state of emergency was declared in Louisiana. Some reports have said as many as 80 percent of homes in Baton Rouge have been destroyed, and some parishes have seen more than 100,000 citizens lose or have their homes severely damaged—out of a population of 138,000!

And yet, despite various sources of available coverage, there is “a sense—expressed through social media—that the rest of the nation isn’t paying much attention.”

Some despondently claimed that most of the real disaster coverage came through Facebook and Twitter, from “friends of friends” on social media. If that is true, is it the only thing we need to be worried about?

The recent storm has been called the worst natural disaster to hit the coasts of the U.S. since Hurricane Sandy swept the Eastern seaboard, but it wasn’t Hurricane Sandy, or Hurricane Bob, or, as far as most of us know, Hurricane Anything At All! It was just rain, unprecedented amounts of rain, demonstrating the absolute power of nature to interrupt our daily lives in any age. And it shows just how vulnerable our modern cities—which are considered great testimonies to human civilization and advancement—really are.

Not bad for a nameless storm. And yet, according to the negative feedback, it just doesn’t seem to get the same ratings that other current news does—or serve the same political agendas. With so much to report on, and such a short public attention span, some frustration may be expected when news entertainment overshadows serious disasters in Louisiana and elsewhere.

Whether there has been a media shortfall or not, however, it might be helpful to remember a serious warning, given through the inspired words of the prophet Isaiah: “…this is a rebellious people, lying children, children who will not hear the law of the Lord; who say to the seers, ‘Do not see,’ and to the prophets, ‘Do not prophesy to us right things; speak to us smooth things, prophesy deceits. Get out of the way, turn aside from the path, cause the Holy One of Israel to cease from before us’” (Isaiah 30:10–12).

Some might say that Milwaukee riots, the controversies of American politics, and the Olympics are hardly all “smooth things,” but compared to a nameless storm, they definitely draw attention.

An even bigger problem, however, is how many people would scoff at the idea that this storm—or any storm, earthquake or other disaster—could be seen as a warning sign. Yet, consider that disaster has been called a “1,000 year flood.” As society continues promoting lifestyles and attitudes that harm us all and utterly disgust our Creator, the question we should be asking is not just “Does every disaster get the coverage it deserves,” but also “Is it possible such disasters could become even more common until they cannot be ignored or downplayed?"

We should pray and allow our hearts to go out to the people who suffer in Louisiana, and anywhere else where people’s lives are affected by such tragedy. The hard trials they face should make us mindful of the hard trials that everyone on the world will soon face (cf. Luke 13:3–5).

But, as the end of the age approaches, God will use more extreme weather events and other catastrophes to get His people’s attention off the “news,” and onto reality, before it is too late. Order your free copy of Who Controls the Weather? and watch “Why Does God Allow Suffering?” today.