For the past several years, trouble in Australia from floods and fires has reached unprecedented levels. Is there a biblical explanation?

We have all heard the saying, “God works in mysterious ways.” And we do not need to look very hard for events to which we could ascribe this proverb today. Australia’s recent travails from weather disasters are a prime example.

Since February 2022, this island continent has experienced unprecedented flooding, particularly in eastern regions that are west of the Great Dividing Range, as far as South Australia. Lives have been lost, thousands of houses and commercial properties have been damaged or destroyed, essential infrastructure—electricity, water, and gas—has been interrupted, and sewage systems and treatment plants have flooded. And the rains are forecast to continue for at least one more La Niña cycle over this coming summer.

The Real Cost of Fire, Drought, and Flooding in Australia

Flooded residents have been left to try to pick up the pieces of their shattered lives. While there has been some financial relief in the form of government assistance and honoured insurance claims, these payouts only lessen the burden. For many, it is a case of too little too late, and for none more so than our rural communities. One insurance industry survey reported, “In NSW [New South Wales] alone, over 4,000 properties were deemed uninhabitable, over 10,000 properties were damaged, and over 8,000 were inundated with water. In the Tweed Shire, the floods resulted in $80 million of damage to roads, in Lismore, 90 per cent of their 1200 km road network suffered severe and extensive damage, which the Lismore City Council estimated would cost approximately $150–200 million to rebuild and repair” (The McKell Institute, The Cost of Extreme Weather: Building Resilience in the Face of Disaster, September 2022).

Agriculture has suffered greatly. “The floods resulted in devastating losses of livestock, crops, and machinery, with NSW Farmers president, James Jackson, saying that he expected inflationary pressures to arise because of the ongoing floods. In Queensland, more than 2,250 primary producers were affected across 17 local government areas, with losses estimated at more than $250 million. Losing crops or losing the ability to manage crops has far-reaching impacts on Australians across the nation. Disruption of the supply chain, whether through infrastructural damage or crop loss, meant that production was displaced, reducing regional output and incomes.”

These figures only account for immediate losses and do not take into account the future or ongoing costs—such as, for example, the impact of crop loss. “The nationwide consumer price index (CPI) measure for fruit and vegetables grew by 5.8 per cent in the June quarter, compared to 1.8 per cent for all goods and services. This difference in prices, which the ABS [Australian Bureau of Statistics] suggests was brought about by flood-induced agricultural losses, resulted in all Australian households spending more on produce. The Australia-wide average cost of fruit and vegetables spiked by 4 per cent over a three-month quarter, shifting $153 million in costs onto Australian households.” When considered carefully, the flooding itself is only the epicentre, the catalyst for a whole series of cascading events that radiate out from the disaster and continue to impact the nation long after the flood waters subside.

And we should not forget the intangible effects—emotional pain from loss of loved ones, income, and livelihood; depression fed by the isolation and extended relocations; and anxiety disorders triggered by the stress of it all.

We clearly see that God does indeed work in “mysterious” ways—delivering an unprecedented wake-up call to Australians, who, as they begin to recognize that these natural disasters and their effects are extraordinary, are naturally questioning why they are happening and what is driving them. They want answers and they want action. While the vast majority of Australians would never concede that an omnipotent God is directing these weather events, it is undeniable to virtually everyone that unprecedented weather disasters are now becoming the new normal—whether prolonged scorching droughts, devastating bush fires, or extreme flooding.

Sin Is a Reproach to Any Nation

So how can we explain the causes of such events? Regular readers of this magazine know that they are no mystery. Bible students know and understand that there is an omnipotent God who rules from the heights of the heavens and who is fully engaged in directing the events on planet Earth below. The biblical psalms describe God’s omnipotence this way: “You broke open the fountain and the flood; You dried up mighty rivers. The day is Yours, the night also is Yours; You have prepared the light and the sun. You have set all the borders of the earth; You have made summer and winter. Remember this, that the enemy has reproached, O Lord, and that a foolish people has blasphemed Your name” (Psalm 74:15–18).

Has Australia blasphemed God’s name? Emphatically, yes! Consider the nickname Australians have adopted for their country: the “Lucky Country.” Such a name attributes to blind chance the awesome blessings this country offers them—an unmatched living environment because of extraordinary mineral and agricultural wealth, providing an incredible lifestyle, the envy of most countries. Is this just luck? Only the most hardened atheist or materialist would make such a claim. God has blessed Australia and its citizens exceedingly, despite widespread lack of gratitude and acknowledgement of Him and His merciful generosity. Despite the blessings God has poured down, despite the incredible period of peace the nation has known—we have only once had to repel an invading force from our shores, in what could best be described as a skirmish—few acknowledge God and His authority.

This rebellion against God and contempt for His authority in our lives must and will have consequences. Consider this verse from Job:

Is not God in the height of heaven? And see the highest stars, how lofty they are! And you say, “What does God know? Can He judge through the deep darkness? Thick clouds cover Him, so that He cannot see, and He walks above the circle of heaven.” Will you keep to the old way which wicked men have trod, who were cut down before their time, whose foundations were swept away by a flood? They said to God, “Depart from us! What can the Almighty do to them?” (Job 22:12–17).

Australians should be afraid. Speaking through Solomon, God says, “Because for every matter there is a time and judgment, though the misery of man increases greatly” (Ecclesiastes 8:6). If a nation such as Australia, blessed by God, refuses to acknowledge Him and in effect says, “Depart from us!,” what can it expect? If they go further by turning from just laws and in effect saying, “What can the Almighty do to us?,” it should come as no surprise that God intervenes and delivers a timely wake-up call to that nation.

In our so-called modern and progressive society, Western nations celebrate evil. Abortion is seen as a woman’s right, and the biblical family unit is under attack from the education and legal systems as well as the full gamut of the media, all determined to upend the gender roles God created and ordained. Justice is wanting as criminals, both individual and corporate, evade responsibility for their crimes. This is merely a brief synopsis of Australian society today.

Bible students understand that there are consequences when a nation rejects God and scorns His blessings. When an omnipotent God decides to do so, these blessings can be taken away just as easily as they have been given. Moreover, students of biblical prophecy recognize that today’s extreme weather events are just a precursor to what is ahead for nations that refuse to listen and ignore the warnings God sends to them. Will Australians listen and take notice of this warning, this wake-up call? Sadly, the answer appears to be no. As a people, Australians are not listening—in fact, they do not appear to be taking any notice of God and His servants. Consequently, the nation can only expect things to get worse before they get better.

The great news is that things will get better, even though Australia’s people must yet learn the lessons God intends to teach. Speaking to our generation and our time, God prophesied through Moses:

When you beget children and grandchildren and have grown old in the land, and act corruptly and make a carved image in the form of anything, and do evil in the sight of the Lord your God to provoke Him to anger, I call heaven and earth to witness against you this day, that you will soon utterly perish from the land which you cross over the Jordan to possess; you will not prolong your days in it, but will be utterly destroyed. And the Lord will scatter you among the peoples, and you will be left few in number among the nations where the Lord will drive you. And there you will serve gods, the work of men’s hands, wood and stone, which neither see nor hear nor eat nor smell. But from there you will seek the Lord your God, and you will find Him if you seek Him with all your heart and with all your soul. When you are in distress, and all these things come upon you in the latter days, when you turn to the Lord your God and obey His voice (for the Lord your God is a merciful God), He will not forsake you nor destroy you, nor forget the covenant of your fathers which He swore to them (Deuteronomy 4:25–31).

Australians—like all the nations and peoples descended from Ephraim and Manasseh—will not be forsaken by God in what He calls “the latter days.” Sadly, most in our present age will ignore God’s interventions, which will bring His wrath upon us. But floods and other disasters will not continue forever. A time is soon coming when He will send Jesus Christ back to planet Earth, and all the formerly rebellious nations will experience peace and safety as never before. Then, the society we all long for will become and remain a glorious reality. 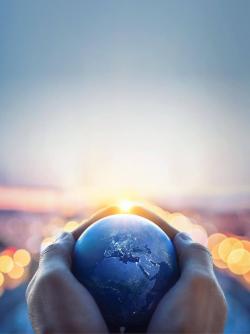 Can There Be Peace on Earth? 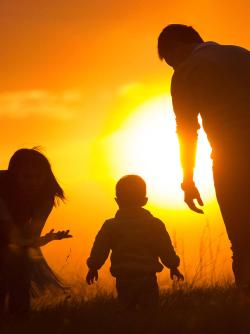 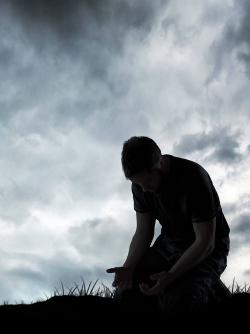