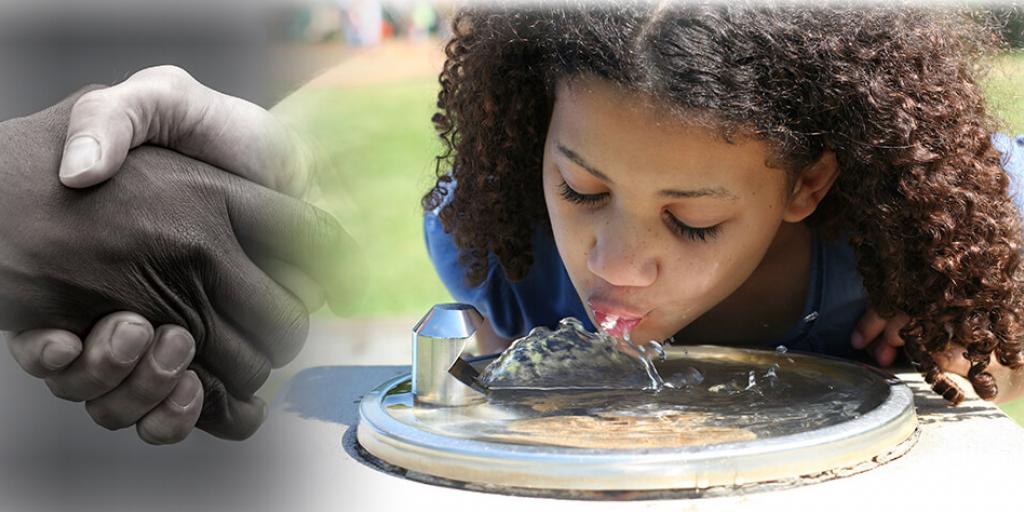 As I entered the county courthouse in the small Southern town where I grew up, it was a special day for me, because at age 14, I was going to take my license exam to obtain a driving permit. While I waited my turn, I walked around the old building with its high ceilings and creaking floors. This was the time of the racially segregated South. In an alcove, I saw two identical water fountains, side by side. A sign over one said “White only.” The other one said, “Colored.” It hit me that I was in a building where justice before the law was supposed to be dispensed equally, yet before me was a stark example of an obvious distinction or difference for people based on race in something as basic as a drinking fountain. My awareness of the great divide was sharpened that day.

Then, in May of 1955, the Supreme Court of the United States handed down a landmark case, which made racial segregation in public schools unconstitutional. There was no great uproar, but a realization that big changes were coming gripped the population on both sides of the divide. In time, great upheavals occurred, beginning with the integration of Central High School in Little Rock, Arkansas in September 1957. President Eisenhower called out the National Guard to ensure the peace and to accomplish the admittance of nine black students.

Happily, those days are behind us as a state and a nation. Much progress has been made in education, employment opportunity, sports and politics. Sadly, there is still some racial tension extant in the U.S. today. Some genuine problems of discrimination may persist, but much unrest is fomented by those who profit from such activity.

As we think about discrimination in dealing with our fellow human beings, there are specific instructions in the Bible that would have prevented it from ever occurring in the first place. Anciently, as Moses led the Israelites out of bondage in Egypt, this instruction was given: “One law shall be for the native-born and for the stranger who dwells among you” (Exodus 12:49). No room for discrimination there.

Later, in the book of Leviticus, the instruction was repeated. “You shall have the same law for the stranger and for one from your own country…” (Leviticus 24:22). This is a recurring theme, because in the book of Numbers it states, “One law and one custom shall be for you and for the stranger who dwells with you” (Numbers 15:16).

At the well in Samaria, Jesus asked a woman for a drink of water. “Then the woman of Samaria said to Him, ‘How is it that You, being a Jew, ask a drink from me, a Samaritan woman?’ For Jews have no dealings with Samaritans” (John 4:9). Jesus told her: “Whoever drinks of this water will thirst again, but whoever drinks of the water that I shall give him will never thirst. But the water that I shall give him will become in him a fountain of water springing up into everlasting life” (John 4:13–14).

There is only one water fountain at the old courthouse now. As a country and a culture, we have learned a lot and made great progress in race relations. We have more to do, yet the “living waters” that Jesus offered the woman at the well are available to everyone if they are willing to walk in the Way of life that the Messiah proclaimed.

The “living waters”—the Truths of the Bible—are available to you in the programs, magazines and booklets offered by the Living Church of God, always free of charge.