As the Twig is Bent | Tomorrow's World 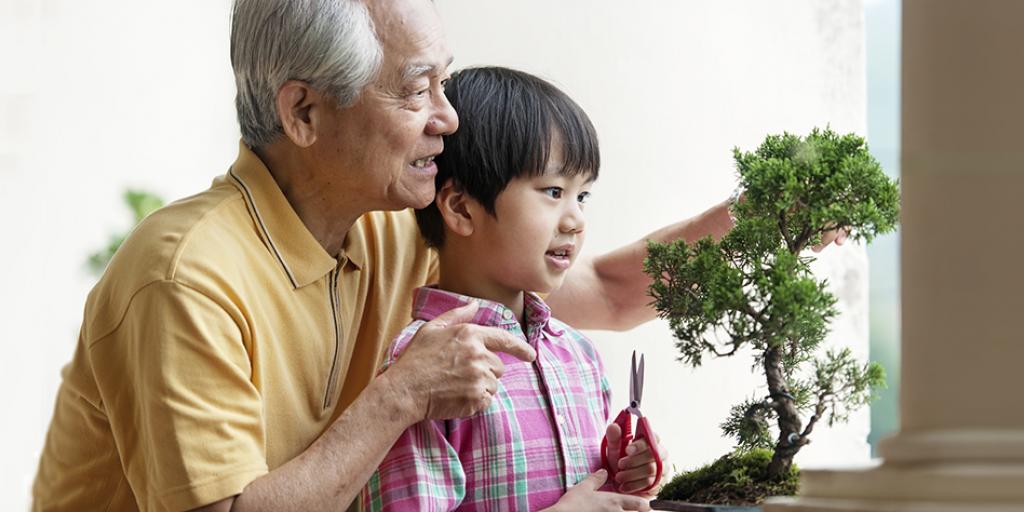 As the Twig is Bent

What do raising children and gardening have in common? Isn’t it obvious? They each require time, patience and loving care—but believe me, the rewards are far above material payoffs!

The Japanese have perfected many fine arts. Their cuisine is not just characterized by the use of exquisite ingredients, but is presented with beautiful colour and flair. Their traditional dress is also a display of classic artistic form, and their gardening is much the same! The Japanese garden is often a display of ornamental cherry trees and acer palmatum maples, usually combined with carefully placed large stones in seas of raked sand or pebbles.

There is one particular form of gardening that captures the imagination of anyone who gets to know about it. It is called bonsai. The purpose of this art form is to miniaturise well-known trees by restricting the root growth. After twenty years, a tree that would have grown to be thirty feet tall in a garden is contained so that it is only 15 inches to 24 inches high in its own small container. The trunk and branches become gnarled and twisted and the leaves have become small and proportionate to the rest of the tree. Bonsai artists may spend hours examining their prize trees before they carefully prune just one small twig.

The shaping of trees takes many forms. Espaliering of trees involves growing one so that it is shaped along a trellis against a wall. Many trees lend themselves to being made into a weeping form, such as cherry trees. Then there are topiarists, who love to trim the trees in their gardens in the shapes of animals.

But the idea of controlled growth in plants can be replicated in parenting. Solomon gave us good instruction in Proverbs 22:6: “Train up a child in the way he should go, and when he is old he will not depart from it.”

It is not wrong for parents to be confident in their God-given task of training their beloved children to grow up to be responsible and productive members of society. It is not going to harmfully restrict a child if he or she is given boundaries and rules to live by.

A well known story is recounted for us by Dr. James Dobson. Here is what he wrote in the online article, “Do Kids Really Want Boundaries?”:

"During the early days of the progressive education movement, one enthusiastic theorist removed the chain-link fence surrounding the nursery school yard. He thought children would feel more freedom of movement without the visible barrier surrounding them. When the fence was removed, however, the boys and girls huddled near the center of the playground. Not only did they not wander away, they didn’t even venture to the edge of the grounds."

He concludes the story by telling us that when the fence was restored, the children went back to playing happily, right up to the boundary.

People can easily see the benefit of doggy-school training for puppies so that they learn to be house trained, to sit and stay when commanded, and yet are unable to see that the same principles apply just as well to children. The idea that children somehow know how to behave intuitively is a sure way of creating nervous, insecure children. Of course, they should also not be stifled, or restricted in such a way that they become nervous and insecure from overbearing parents—but they do need guidelines!

The aim that my wife and I had was to give three times as much praise as correction to our children. They are now grown and have children of their own. It is such a delight to see them perpetuating the same approach that we used. They have even thanked us for correcting them and saving them from many of the sorrows that some of their school friends have endured.

Will your children thank you for your parenting techniques when they are adults?