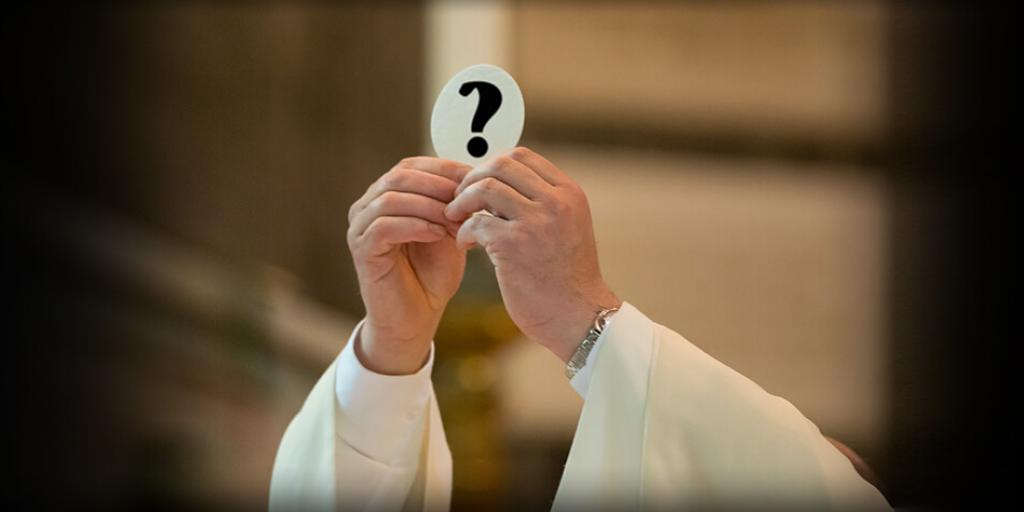 What is communion? Scripture explains that the Passover is the communion of the blood of Christ (1 Corinthians 10:16), that light has no communion with darkness (2 Corinthians 6:14) and that the saints have communion with God and Christ through the Holy Spirit (2 Corinthians 13:14). Some use the term to describe a relationship to God that Christians generally enjoy because of the grace of Christ. Others use the term when describing organizational Christian fellowship within the body of a unified Church.

Communion between Catholics, Protestants, Orthodox and others has long been sought by the Roman Catholic Church. This type of communion is what past popes have striven for, and what Pope Francis currently works toward. This type of communion is what clergy such as the late Anglican bishop Tony Palmer and Pentecostal minister Kenneth Copeland announced in the spring of 2014, and which Tony Palmer explained the 1999 agreement between the Roman Catholic Church and Protestant Reformation Church is intended to achieve, stating that “by grace alone in faith in Christ’s saving works and not because of any merit on our part we are accepted by God and receive the Holy Spirit…”

Addressing his Pentecostal audience, Palmer rightly explained that the implications of the words “by grace alone” were, for centuries, one of the big causes for division between Catholics and Protestants. This disagreement was a fundamental cause in Martin Luther’s break from Roman Catholicism. Agreement on grace alone is hoped to bring communion once again. And while an eventual organizational communion is a monumental, prophesied event, the fundamental question remains: does one achieve communion with God by grace alone?

To better understand grace and the part that grace plays in our relationship with God, it is helpful to note that God provides His grace both before and after conversion. As the late evangelist John Ogwyn once wrote regarding God’s grace to us before repentance and conversion: “First, we require God’s grace, given through God the Father’s gift of His only begotten Son, who died in our stead and paid sin’s penalty on our behalf (John 3:16; Romans 3:24–25). Second, we must respond to God’s grace with faith and repentance (Romans 5:1–2; Acts 3:19)” (Living Church News, March-April 2013).

True Christians then, as recipients of God’s grace and with Christ living in them, strive to uphold and keep God’s law (Romans 3:31). We do not do this perfectly, but our faithfulness and our obedience to God’s law is not a matter of our own works and is not a matter of our earning salvation in some way—it is, instead, the result of Christ living in us (Romans 5:10; Galatians 2:20) and of His faith working through us (Galatians 2:16). Other than Jesus Christ, no one keeps God’s law perfectly (cf. Romans 3:23; 7:15); thus God continues to show His grace.

So, as Ephesians 2:8 explains, it is because of God’s grace that we “are being” saved through faith (read “Of Grace and Obedience” for a further explanation). Those of us who truly are Christians have been saved from our past sins by the blood of Christ; we are now “being saved” (Matthew 24:13), and we “shall be saved by His life” (Romans 5:10)—by His living in us (Galatians 2:20)! Christians do not continue in sin because they are recipients of God’s grace (Romans 6:1–2). Instead, by faith—and by Jesus Christ’s faith and Him living in us—Christians obey and “uphold the law” (Romans 3:31, NIV).

God’s true Church has long taught accurately about grace, faith, obedience, the law—and about the coming communion between the Roman Catholic Church and her Protestant daughters. Major prophecies are indeed being fulfilled right now! But, equally importantly, true Christians need to understand and be extremely grateful not only for God’s grace, but also for Jesus Christ’s faith—His faith working in us (Galatians 2:16)—by which we are able to practice righteousness and obey God’s law, which ultimately leads to God’s rewarding us with eternal life (Matthew 25:46).

Additional articles of interest may be the November-December 2008 article, “A Return to Rome,” and the September-October 2015 article, “A Wake-Up Call to All Protestants.” Also, look for an exciting new series about the Protestant Reformation, now in its 500th year, beginning with the March-April 2017 issue of Tomorrow’s World magazine!