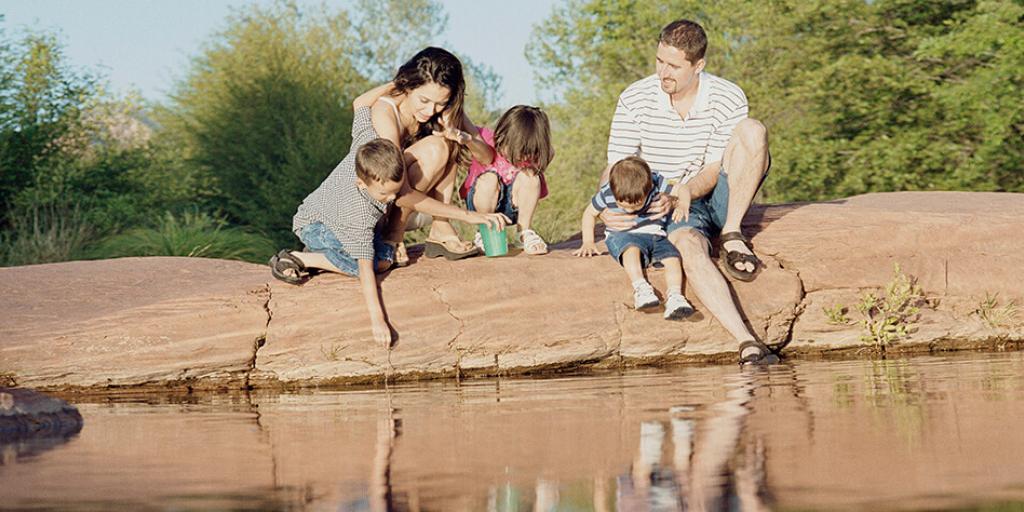 In civil engineering, a canal is an artificial waterway constructed for navigation, irrigation, waterpower, and other purposes. We build canals to purposely direct the flow of water to a prearranged destination.

Left undirected, water can be a force of tremendous destruction—and yet, it is also a precious and easily wasted resource. But water is not the only resource that needs to be directed. Young people need guidance in order to live meaningful and fulfilling lives. Their potential, too, can be wasted or left undirected. This leads to their own hurt, as well as that of others.

The responsibility to provide guidance rests with parents. What methods should parents use in passing down appropriate values to their children? Many studies done in the field of child psychology indicate that children are happiest when parents communicate clear boundaries.

As noted researcher Diana Baumrind writes, “They [the parents] monitor and impart clear standards for their children’s conduct. They are assertive, but not intrusive and restrictive. Their disciplinary methods are supportive, rather than punitive. They want their children to be assertive as well as socially responsible, and self-regulated as well as cooperative” (The Journal of Early Adolescence, February 1991, p. 62).

For many years leading up to the Second World War era, the “authoritative” approach to childrearing was prevalent. Modern critics often minimize the value of that approach, deriding it as an “old-fashioned” philosophy—not suitable in today’s society. However, experience shows that such critics are mistaken, as the results of many modern childrearing practices are now “coming home to roost.”

Many children today show little respect for their elders—whether it be to relatives, authority figures, or complete strangers. They are less secure and settled than in past generations. They desire freedom of choice, yet are less independent than their predecessors. Frustrations and antisocial behavior are quick to rise to the surface. Modern childrearing methods have all too often failed to prepare young people in recent generations to become mature adults.

So, what should be done? How about a return to effective childrearing practices, as were common in times past, when the family was the adhesive that glued society together? Right values were passed from generation to generation, along with a sense of personal identity. God crafted the family unit and designed it to function in a prescribed manner. And He does not change.

The Fifth Commandment, recorded in Exodus 20:12, states: “Honor your father and your mother, that your days may be long upon the land which the Lord your God is giving you.” The first four of the Ten Commandments deal with humanity’s relationship to God; the Fifth Commandment is the first that addresses our relationships with each other. The Fifth Commandment, when practiced, naturally predisposes younger people toward a mindset of willing readiness to receive instruction from their wiser and more experienced elders. It thus provides a solid foundation for good citizenship, as it teaches children to think beyond their own needs and wants. It teaches them to consider how their behavior affects those around them.

As the Father and Creator of us all, God defines acceptable and unacceptable behavior. In other words, He promotes expectations and consequences—that is, He promises blessings for obedience and right behavior, and He warns of the dangerous consequences of disobedience and unwise actions. As human parents, we need to follow the example of the ultimate Parent.

Like water, children need to be directed. It is the responsibility of each parent to provide that direction. Parents do this by carving out the personal and social pathways their children are to travel through. If we, as parents, want the best for our children, then we should at an early age begin “digging the canal” through which our children will pass. And we should remain committed to that task, knowing that childrearing, like marriage, is a lifelong commitment.

To learn more about effective parenting, read our informative booklet Successful Parenting: God’s Way. You can read it online, download it, or request your own printed copy, absolutely free of charge.