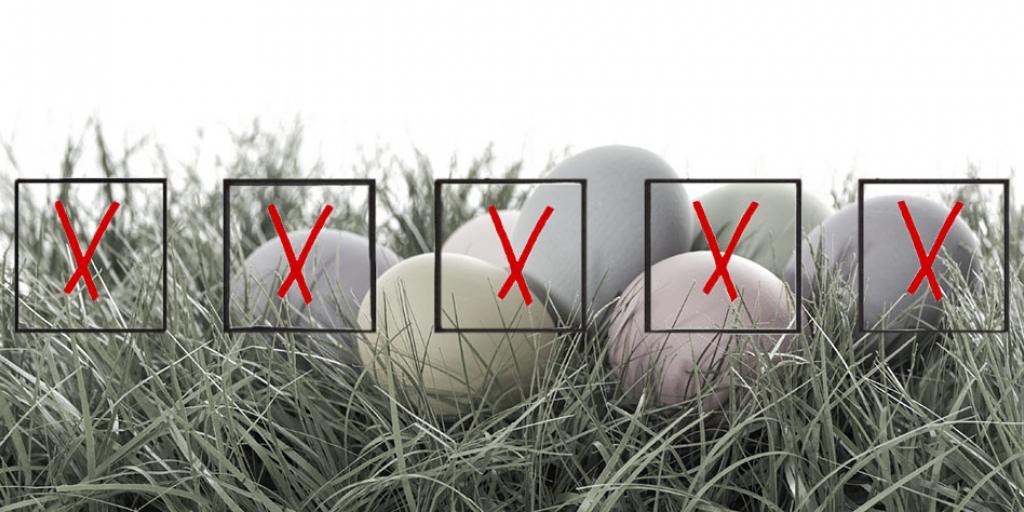 Millions of sincere Christians will soon attend Easter sunrise services supposedly celebrating the resurrection of Jesus. However, one of Satan’s greatest deceptions (Revelation 12:9) is in deceiving sincere people into worshiping a false Jesus on Easter Sunday! Easter Sunday does not honor Jesus. In fact, celebrating Easter greatly displeases Him, as do all idolatrous and heathen practices (Isaiah 1:14)!

Do you unknowingly worship a false Jesus? Do you plan to participate in Easter sunrise worship services this year, which are rooted in what your Bible calls "abominable" paganism? If you really love Jesus, then you should not.

1) Jesus was not resurrected Sunday morning. A careful study of Scripture reveals that Jesus was in the tomb exactly three days and three nights as He promised He would be. To deny this is to reject Christ’s one and only claim to be the Messiah (Matthew 12:39–40)! Jesus died on a Wednesday afternoon, just before the "annual Sabbath" known as the first day of the Feast of Unleavened Bread. He was buried and then resurrected 72 hours later, just before the end of the weekly Sabbath (near the end of the day, Saturday).

2) Sunrise worship services are indeed found in your Bible, and they are condemned as pagan "abominations" to God. Sunrise worship was an integral part of the Babylonish Mystery Religion and was core in worshipping Semiramis and her infant son, Tammuz. Semiramis claimed that Tammuz was Nimrod reborn as the Messiah. Later, Semiramis was represented as the goddess Astarte (or Ishtar), the "queen of heaven."

Read Ezekiel 8:14–16 where the glory of the Lord shows the ancient Israelites committing an "abomination" by "weeping for Tammuz" during sunrise worship services (v. 16)! Worship of Semiramis ("the mother of god") and Tammuz (a counterfeit Messiah) continues today in the form of Easter Sunrise services.

3) Your Bible sternly condemns anyone who adopts pagan practices, regardless whether or not someone claims that they keep these customs "to honor Jesus." Jeremiah 10:2 commands us to "Learn not the way of the heathen" and 2 Thessalonians 2:15 demands that we do not follow the "traditions of men."

4) Claiming we somehow "honor" Jesus by pagan practice simply defies common sense and sound reason. Analogies are rarely entirely adequate, but consider this question. If you knew that your human father enjoyed steak and potatoes as a special dinner … and that he hated ham sandwiches … but you refused to make steak and potatoes for him and instead kept making him ham sandwiches … could a rational person really argue that you are honoring or loving your human father by continually trying to serve him ham sandwiches?

God has shown how He wants to be worshipped through His weekly Sabbath and annual biblical Holy Days. Yet while perhaps well-intended, many supposed Christians and supposed Christian ministers and priests reject God’s Holy Days and claim to show their love to their Lord and their Heavenly Father by continually trying to serve Him with what He calls revolting, pagan and abominable! Jesus asks these people, "Why do you call Me ’Lord, Lord,’ and do not the things which I say?" (Luke 6:46).

5) Finally, 1 Corinthians 6:9 and Revelation 22:15 condemn those who practice these pagan and idolatrous customs as not being allowed in the Kingdom of God!

For much more about the origins of Easter and what God says about true, righteous worship, please order the eye-opening booklet, Easter: The Untold Story today!

For those who desire to learn how to truly please and honor their Lord and Heavenly Father by observing the Biblical Holy Days—and some of them are right around the corner in April—please study the detailed booklet, The Holy Days—God’s Master Plan.