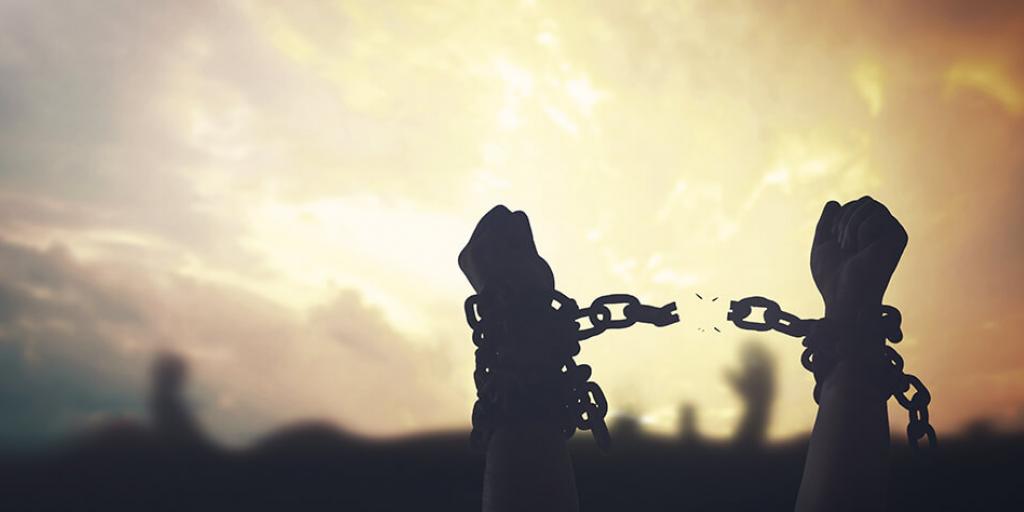 One of the favorite themes of literature is deliverance. We are thrilled by stories of daring and bravery, as one person or groups of people or whole armies are rescued, delivered from harm's way, sometimes at the last moment with great risk of danger.

Books and stories and movies are made with this theme because people are fascinated by it. The Bible has many stories of miraculous deliverances. You know the account of Noah and his family. It is a great story, and it is true. Another example is Abraham's deliverance of his nephew Lot against overwhelming odds. Later, Lot was miraculously delivered from Sodom and Gomorrah, two cities full of people whose wicked ways brought on God's justice in the form of supernatural fiery destruction.

God used Joseph, the son of Jacob, to deliver his people from famine. And the greatest escape of all time was the Exodus, when God delivered the Hebrew people from the mighty nation of Egypt using His servant Moses, with signs and wonders.

The New Testament also has many stories of deliverance. Jesus, using supernatural power, slipped away from those who sought to throw Him off a cliff (Luke 4:28–30). In the Book of Acts, chapter 12, we read that the Apostle Peter was thrown in prison during the Days of Unleavened Bread for preaching the Gospel, and was chained between two guards. An angel freed him, his chains fell off, and the iron gate of the prison opened of its own accord as they fled.

The Apostle Paul, early in his ministry, had to be let down through the wall of the city of Damascus in a basket. It must have been a harrowing experience, but he escaped unharmed.

If you think about it, as human beings, we all need deliverance—first physically and eventually spiritually. Why spiritually, you might ask? The answer is because "… all have sinned and come short of the glory of God" (Romans 3:23). What is the result of sin? "The wages of sin is death…" (Romans 6:23). But deliverance is available. Paul wrote, "But God demonstrates His own love toward us, in that while we were still sinners, Christ died for us. Much more then, having now been justified by His blood, we shall be saved from wrath through Him. For if when we were enemies we were reconciled to God through the death of His Son, much more, having been reconciled, we shall be saved by His life" (Romans 5:8–10).

So, we see the need for spiritual deliverance, but what about physical deliverance? All of us are interested in our own personal safety in the face of great danger. The Psalmist wrote eloquently about God's protection in these situations: "You shall not be afraid of the terror by night, nor of the arrow that flies by day, nor of the pestilence that walks in darkness, nor of the destruction that lays waste at noonday. A thousand may fall at your side, and ten thousand at your right hand; but it shall not come near you" (Psalm 91:5–7).

And then, giving a very important prophecy, Jesus spoke to the Apostle John in a vision: "Because you have kept My command to persevere, I also will keep you from the hour of trial which shall come upon the whole world, to test those who dwell on the earth" (Revelation 3:10). Many other scriptures confirm this promise.

There is deliverance, physically and spiritually, but, as free moral agents, we must do our part to obtain it. To learn more about what is required, request our booklet What Is a True Christian? or read it online.

When it comes to deliverance, expect a miracle!