Feasts for the Birds... | Tomorrow's World 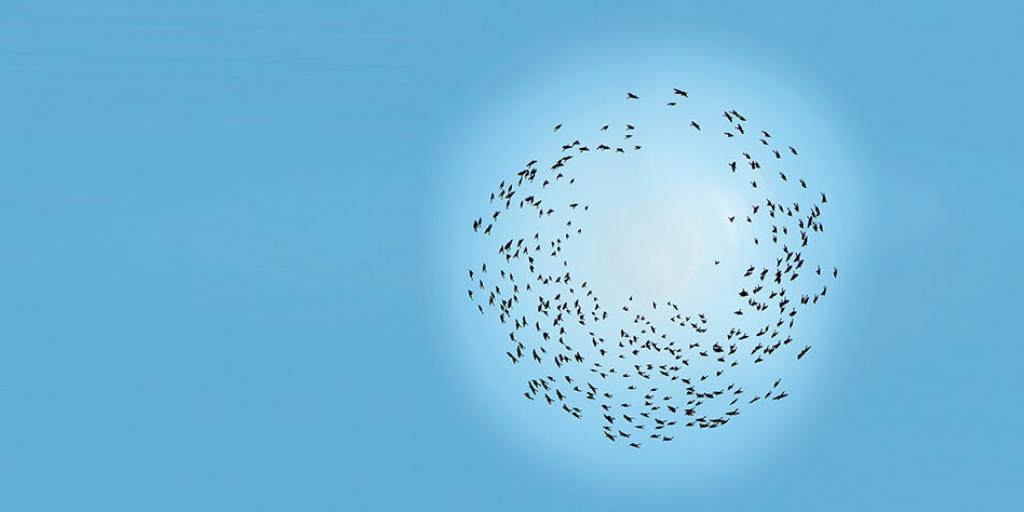 Feasts for the Birds...

Birds are not just beautiful and awe-inspiring. God has used them throughout history to teach human beings many lessons.

God created birds on the fifth day of creation (Genesis 1:20). He gave them beautiful feathers, incredible nest-building abilities, and the marvelous gift of flight. To some He gave some charming songs to sing, and charming (sometimes humorous) mating dances. Many birds possess extremely acute vision and travel awesome distances when they migrate. A few can “talk” and mimic sounds, and some exhibit a noteworthy intelligence—proving that they are anything but “bird brains.”

Throughout history, God has used our feathered friends in dealing with mankind. In addition to the other animals he had gathered, Noah also brought pairs of birds into the ark. After the rains ceased, he opened the window of the ark and sent a raven to scout for dry land. Later, he sent a dove. When Noah had departed from the ark, he offered an animal sacrifice, which included birds (Genesis 8:20).

When the children of Israel complained in the wilderness about not having meat to eat, God brought innumerable quail to the camp (Numbers 11:31–32). God fed the prophet Elijah by ordering ravens to bring him food, morning and evening, while he hid in the wilderness (1 Kings 17).

Jesus used birds in His parables. He reminded His disciples that the birds of the air do not sow or reap, yet God feeds them—and values human beings even more (Matthew 6:26). Christ told His disciples to be as harmless as doves (Matthew 10:16). He showed how God cares for every little sparrow, and cares far more for each human being (Matthew 10:29–31). Christ used the example of a mother hen gathering her chicks under her wings for protection to show how much He and His Father deeply care for mankind (Matthew 23:37). Sadly, rebellious mankind does not care for God.

The Apostle Paul pointed out that human beings seem to want to worship anything but the God who created them. Instead of worshipping an incorruptible God, people have worshiped mere birds, as well as other animals and creeping things (Romans 1:23).

The prophet Jeremiah said that the stork, turtledove, crane and swallow observe the time of their coming, but human beings, by contrast, do not know God’s judgment (Jeremiah 8:7).

One grim truth is that human beings, upon death, often become food for the birds. When God judged the house of King Jeroboam for worshiping idols and causing the nation to sin, He said that the birds of the air would eat those who died in the field (1 Kings 14). The same judgment was given to King Baasha, who was like Jeroboam (1 Kings 16:4). King Ahab did more to provoke the God of Israel than all the previous kings of Israel, and God pronounced the same judgment on him as well (1 Kings 21:24).

Jeremiah repeatedly urged Judah to amend its ways. The people did not heed him, so God poured out judgment upon them. The corpses of the people were to be food for the birds, and no one would frighten them away (Jeremiah 7:33; 15:3; 16:4).

Sadly, human beings as a whole have not yet learned to obey their Creator. As a result, a future feast for the birds is prophesied in Scripture (Revelation 19). The Apostle John was given a vision of the coming “beast” power and his armies being defeated by Jesus Christ upon His return. At that time, the birds will once again be invited to feast on the carnage of rebellious human beings who were foolishly led by Satan into trying to fight their Creator (Revelation 19:17–21).

God’s word is not just something “for the birds.” To learn more about God’s plan for human beings and His prophesied interventions in human history, read our booklets The Bible: Fact or Fiction? and Prophecy Fulfilled: God’s Hand in World Affairs.