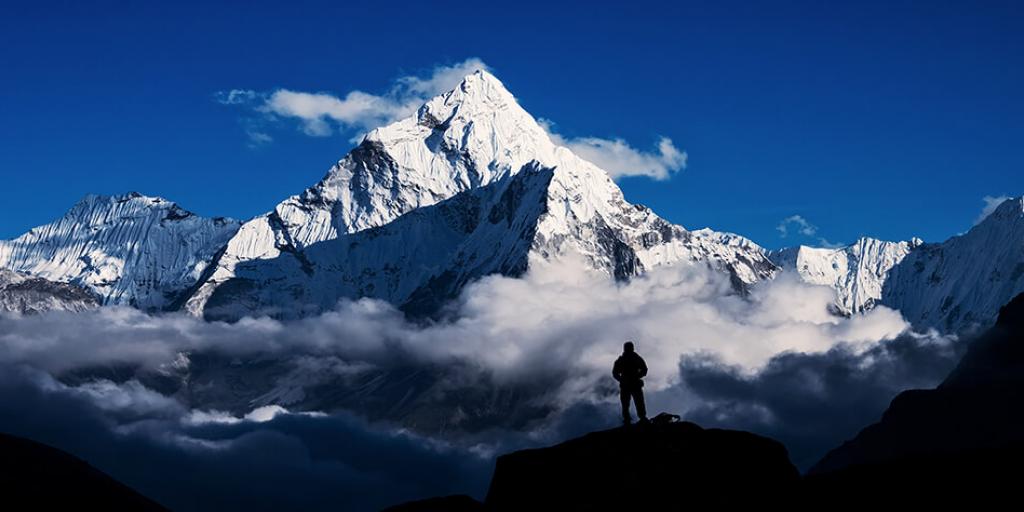 On May 26, 2006—high on the north slope of Mount Everest—climbing guide Daniel Mazur, of Olympia, Washington, was faced with a life-or-death decision. He was climbing toward the summit of Everest when he and his party encountered a most unusual sight. "Mazur, his two clients and a Sherpa guide were just two hours from the 29,035-foot peak… when they came across 50-year-old Lincoln Hall, who was left a day earlier when his own guides believed he was dead. 'I was shocked to see a guy without gloves, hat, oxygen bottles or sleeping bag at sunrise at 28,200 feet height, just sitting up there,' said Mazur… Mazur said Hall's first words to him were: 'I imagine you are surprised to see me here'" ("Man Gives up Everest Climb for Rescue," Associated Press, June 8, 2006).

Only two hours away from the summit at the top of the world, they found a man just sitting there—in one of the most inhospitable spots on our planet! What choice was Mr. Mazur faced with? Ignore a fellow human being's plight in order to preserve his goal of reaching the summit—or abandon his long-cherished goal, in order to save a fellow climber's life?

After months of preparation, thousands of dollars spent, and a trip halfway around the world, Mazur had invested a lot into his goal. All the vagaries of mountain climbing—the weather, the health risks, even death itself—he and his team had faced and won. So now to be this close to their goal, yet give it up? Was he tempted to pass by Hall, and leave him there to die?

He may have been—and others certainly did just that. The article continues: "While Mazur's team was busy assisting Hall, two… climbers walked past them toward the summit… 'I don't know why they didn't want to stop to help,' Mazur said. 'I hope when I am there, in that state, and someone passes me... I hope it is someone like me.'" And just one week before, on May 15, nearly 40 climbers walked right past Briton David Sharp, 34, who was about 1,000 feet into his descent. He died (ibid.).

We aren't all climbing Everest. But if we are Christians, we have been called to lay down our lives for one another. Jesus gave the parable of the Good Samaritan to show that we all should be willing to help one another in times of need—even if it means we must sacrifice something. What are you willing to sacrifice for your neighbor, spouse, or family members? Your time? Your own way? Your pride?

Jesus said, "A certain man went down from Jerusalem to Jericho, and fell among thieves, who stripped him of his clothing, wounded him, and departed, leaving him half dead. Now by chance a certain priest came down that road. And when he saw him, he passed by on the other side. Likewise a Levite, when he arrived at the place, came and looked, and passed by on the other side…. But a certain Samaritan, as he journeyed, came where he was. And when he saw him, he had compassion. So he went to him and bandaged his wounds, pouring on oil and wine; and he set him on his own animal, brought him to an inn, and took care of him" (Luke 10:30–35).

We don't know what this Samaritan gave up in order to help the man. But whatever inconvenience it cost him, he had compassion—he stopped to think about others and took care of a need. Daniel Mazur was a true neighbor to that lonely, scared and dying climber up there on the slopes of Everest. We should look around and see who needs us—and who we can serve and help in their need.

Did Daniel Mazur have any regrets about giving up the summit to save Lincoln Hall? "We all looked at the summit and then returned," he said. "We all agreed there was no choice," Mazur said.

Would you make a choice like Mazur's? Read our Tomorrow's World magazine articles "Does Character Really Matter?" and "True Christians Need Courage." If you call out to Him and truly seek Him, God can give you what it takes to make the right decisions.

The above is a past Tomorrow's World commentary adapted for re-publication because of the timeless quality of its message. If you would like to know more about the ultimate commitment to following Jesus Christ and overcoming whatever challenges may lay ahead, we invite you to read or order John 3:16: Hidden Truths of the Golden Verse.