After more than 70 years on the throne of England, Her Majesty Queen Elizabeth II died on September 8, 2022, only hours after the public announcement that doctors were concerned about her decline in health. The following article, written before the Queen's death in response to her Platinum Jubilee, serves as a poignant reminder of what we can learn from her lifelong example of service through years of turbulent change.

Great celebrations occurred in early June of this year to honour the Platinum Jubilee of Her Majesty Queen Elizabeth II, who reached the milestone of 70 years as monarch on February 6. Platinum is used for this anniversary because of its rarity and perceived value; so, indeed, the Queen’s character, forged over her lengthy reign of service to her peoples, could also be considered a rare commodity of great value. On this anniversary, the words of William Shawcross ring out louder than ever from his book Queen and Country, wherein he stated that the Queen’s commitment and faithfulness should be “celebrated, honoured and cherished” (p. 237) as something of very special value and benefit to her subjects.

The Queen is head of state of the United Kingdom and 15 other nations, including Australia, Canada, and New Zealand. She is Head of the Commonwealth of Nations, which is home to 2.5 billion people and has benefitted from her personal interest and involvement. She is also Supreme Governor of the Church of England and takes very seriously her religion and her commitment to serving others.

On this historic Platinum Jubilee, the Queen’s longevity of service was celebrated with a tremendous outpouring of love, respect, and support for an individual who has fulfilled her role in what few would deny is an exemplary fashion. A parade down the Mall, aircraft flypasts, concerts, street parties in towns and villages across the UK, and a Service of Thanksgiving for her long reign took place over four days of celebrations that were broadcast around the Commonwealth and throughout the world.

That world has changed significantly during these past 70 years, but the Queen has adapted and reinvented her role while faithfully carrying out the duties she was ordained to fulfil. She understood the traits of character necessary to successfully fulfil her multifaceted roles. Those include steady and sound conduct, a love of her people, an attitude of servant leadership, and looking to God for courage and strength. Let’s look at some key elements of the Queen’s strong character that have been so widely appreciated, and then highlight some surprising spiritual lessons her example should prompt us to consider.

An Incalculable Debt of Gratitude

William Shawcross’ book further illustrates the impact of the Queen’s integrity: “Britain has been enormously fortunate in having… a head of state who has performed her job with the devotion, honour, discretion and constancy of the Queen. The debt she is owed is incalculable but huge” (p. 227). The joy and celebration of the Jubilee are the fruit of her positive leadership and abiding strength of character, so evident over her 70-year reign.

The Queen, now into her 96th year of life, made a lifetime commitment to her office at the age of 21. Since then, as monarch, she has visibly fulfilled her vow to serve her country. In her 14 March 2022 Commonwealth Day message, she restated that promise: “In this year of my Platinum Jubilee, it has given me pleasure to renew the promise I made in 1947, that my life will always be devoted in service.” That character trait of service to others has had a tremendous unifying effect among those being served.

A Focus on National Unity

Her unifying influence in the lives of her subjects partly comes from how she has chosen to communicate with them. She annually broadcasts her “own personal message to the nation… always motivated by compassion and concern…. For The Queen, the Broadcast is not only a duty to be fulfilled, it is an opportunity to speak directly to the public, to react to their concerns and to thank and reassure them” (Royal.uk).

The BBC in 2006 wrote of “How the Commonwealth Sees the Queen,” expressing views of many Commonwealth peoples that “it is simply difficult not to admire the Queen for her perpetual calming and enduring presence.”

When the COVID-19 pandemic was at its height in April 2020, the Queen broadcast a calming message of encouragement and hope in the face of national crisis. “We will be with our family again, we will be with our friends again, we will meet again,” she said, adding that “if we remain united and resolute, then we will overcome it.” Direct communication like this has helped people to identify with her and appreciate her composed nature throughout all stages of her life as a working mother, grandmother, and great-grandmother.

Always seeking to set a right example, the Queen has also demonstrated a much-needed respect and reverence for God, as she understands Him. This is a vital example to a society that is sharply veering away from belief in God and the Bible.

Celebrations of the Jubilee through the year afford a unique opportunity to consider and appreciate the good fruit of a uniquely long and beneficial reign. But the vital role that the Queen’s character has played in the success of that reign must not be missed. The character of an international leader like the Queen is of immense importance for the people she serves. She is a pacesetter, leading by example in word and deed.

The issue of character is fundamental to the life of a Christian. You might well be surprised to learn the precise meaning and origin of the word. The Greek word charakter is used just once in the Bible, in Hebrews 1:3. Translated as “express image” or “express likeness” in many English-language Bibles, its Greek root is charasso—meaning to cut, to scratch, or to mark, referring to something engraved as an exact copy or representation of the original. Hebrews 1:1–3 declares that Jesus Christ was the perfect representation or exact likeness of His Father in heaven.

By immersing ourselves in the knowledge of Jesus Christ, we can come to know what God the Father is like, because Christ was and is the very character-image of His Father (John 10:30).

This June, millions of people expressed their thanks for the remarkable achievement of the Queen’s 70 years. Much of her success is due to her strength of character—her platinum character—and many people across the nation and the world celebrated her dedicated, selfless service. But for all her admirable qualities, the Queen’s character pales in comparison to the character that Jesus Christ can develop within you if you humbly repent, are baptized into God’s true Church, and receive the incredible power of His Holy Spirit. While God directs the course of history through whomever He chooses (Daniel 2:21), those with His Holy Spirit have His personal guidance and help as they strive to let Jesus Christ develop His own perfect character within them (Galatians 2:20).

For the aspiring Christian, it is exciting to know that by living life in harmony with all of Christ’s teaching and example, we are coming to know the character of God Himself. The very purpose of life is to take on God’s character so that it becomes our own. If you would like to learn more about how your life can be transformed in this way, request a free copy of What Is the Meaning of Life? or read it at TomorrowsWorld.org. 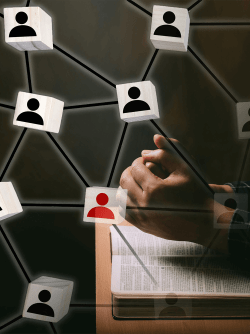 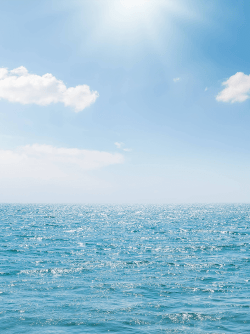