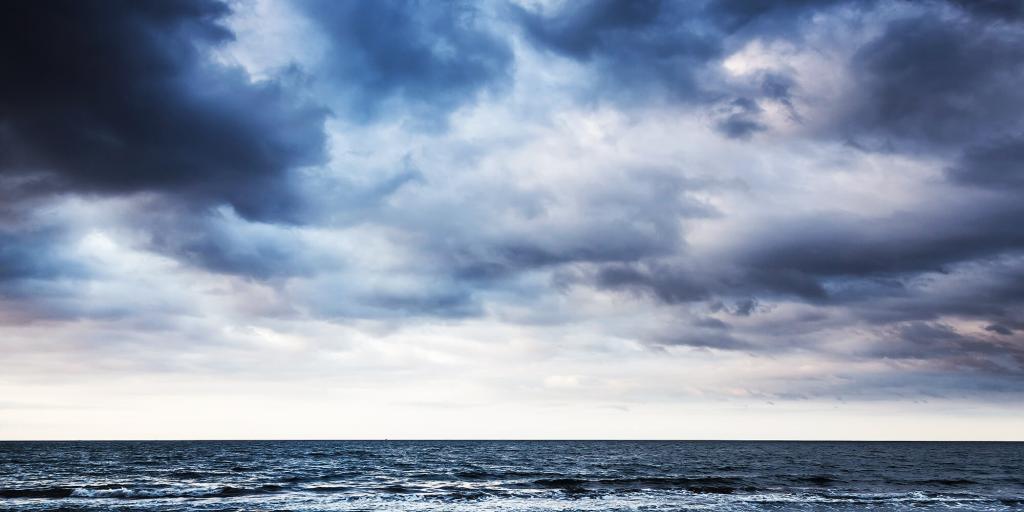 God’s Power Over the Weather

Some people love winter, cold, snow, and sports like skiing, snowboarding, skating, and sledding. And some do not, which group I have joined. In fact, I’ve found myself bragging to my friends “up north” that I counted on one hand the number of snowflakes I saw one winter, I no longer own a snow shovel, and my ice scraper is a souvenir in a box stored in the garage.

But that doesn’t mean I don’t respect winter, cold temperatures, and frozen precipitation, all of which are created by the Almighty.

After the flood of Noah’s day, the earth’s environment was changed, and God said, “While the earth remains, seedtime and harvest, cold and heat, winter and summer, and day and night shall not cease” (Genesis 8:22). That is a comforting promise, especially in light of those proclaiming doomsday from holes in the ozone layer, carbon emissions, meteors, and other things.

In the book of Job are shared some insightful thoughts about winter, cold, and snow:

God thunders marvelously with His voice; He does great things which we cannot comprehend. For He says to the snow, ‘Fall on the earth’; likewise to the gentle rain and the heavy rain of His strength…. From the chamber of the south comes the whirlwind, and cold from the scattering winds of the north. By the breath of God ice is given, and the broad waters are frozen…. And they swirl about, being turned by His guidance, that they may do whatever He commands them on the face of the whole earth. He causes it to come, whether for correction, or for His land, or for mercy (Job 37:5–6, 9–13).

In Job 38, God asked Job, “Have you entered the treasury of snow, or have you seen the treasury of hail, which I have reserved for the time of trouble, for the day of battle and war?” (Job 38:22–23). This is just one of a series of challenging questions God asked Job, in order to humble him so that he could see more clearly.

In Psalm 147 is a praise of God. It says of Him that “He counts the number of the stars; He calls them all by name…. Sing to the Lord with thanksgiving…. Who covers the heavens with clouds, who prepares rain for the earth…. He sends out His command to the earth; His word runs very swiftly. He gives snow like wool; He scatters the frost like ashes; He casts out His hail like morsels; who can stand before His cold? He sends out His word and melts them; He causes His wind to blow, and the waters flow” (vv. 4, 7–8, 15–18).

In Psalm 148, it is said that all of God’s creation should praise Him, including the sun, moon, stars, heavens, and waters above the heavens. “For He commanded, and they were created…. Fire and hail, snow and clouds; stormy wind, fulfilling His word” (Psalm 148:1–8).

Matthew 8 records one of several times when Jesus Christ, the Word of God, through whom all creation was made according to the Father’s will (John 1:1–4) and who was in fact the One who spoke to Abraham, Moses, and the prophets throughout the Old Testament (John 8:58) displayed that control in the New Testament as well. He and His disciples were in a boat on the sea of Galilee when “suddenly a great tempest arose on the sea, so that the boat was covered with the waves” (v. 24). Jesus was asleep, but the disciples woke Him, crying to be saved. Jesus arose and rebuked the winds and the sea, creating great calm (vv. 25–26).

God controls the weather and environment, and He uses both for blessings, mercy, and correction—all of which we will see all the more dramatically in the days ahead!

To learn more, order or read online the free booklets Acts of God: Why Natural Disasters? and watch the telecast “Who Was the God of the Old Testament?”