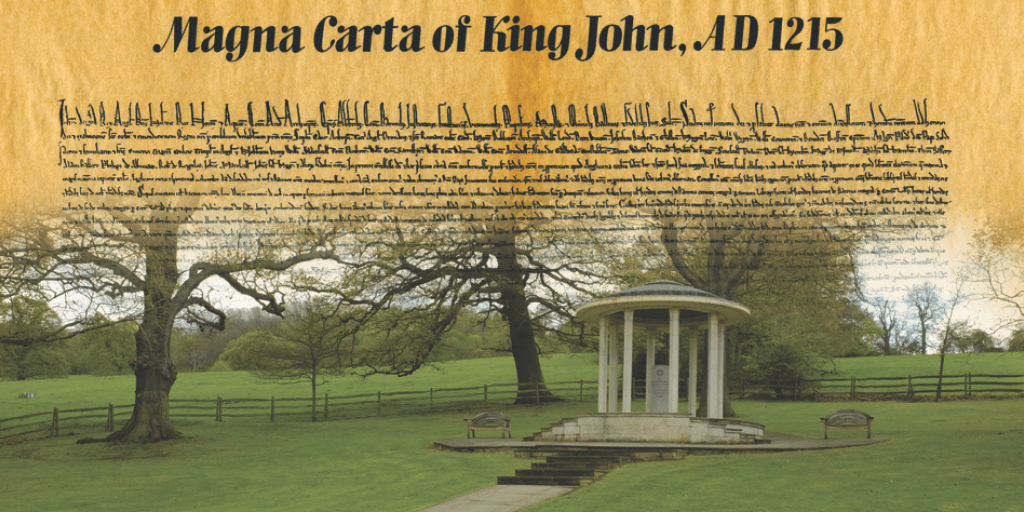 The Forgotten Lesson of Magna Carta

Many consider that the single most significant legal document in history is Magna Carta. Consequently, there will be much fanfare on June 15, 2015, the 800th anniversary since its ratification in 1215 by King John and his dissatisfied barons. But, amidst all the celebrations and media coverage, have we forgotten a vitally important point of even greater significance?

Back in feudal England, barons were bound to support their king financially by collecting his levied taxes. They also provided him troops for military campaigns and protecting territories gained through battle. During King John’s reign, his barons fought tirelessly to seize and maintain control of territory in northern France. He, however, lost this territory in 1204.

Tensions between the king and his barons had been escalating for over a decade. After a failed attempt to regain the French territory, issues involving the king’s excessive taxation without first notifying the barons—a violation of the feudal system—as well as his constant demands for fresh military forces, drove a deep wedge between them. The barons, in an attempt to overthrow the king, captured London. However, they fell just shy of total victory. But King John recognized that he was outmatched and conceded to the table of compromise and covenant.

Forced by his angry feudal barons, he sealed Magna Carta at a picturesque open meadow called Runnymede, located alongside the River Thames, just south of Windsor Castle. The agreement introduced the “rule of law” for the King and his English and Welsh subjects providing protection against oppressive autocratic rule and securing rights still enjoyed today. Originally, the purpose of the charter was to curb the powers of the king, while simultaneously seeking to avoid civil war. It failed on both counts as king, barons, and commoners resisted following its terms. Consequently, the nation erupted into internal conflict.

Nevertheless, Magna Carta did succeed in establishing a more equitable system of justice for even the poorest of subjects. Countless lives have benefitted ever since. The essential point of Magna Carta was that no one should be above the law, especially the king. Its significance is that it influenced the adoption of constitutional law throughout the English-speaking world, and strongly influenced the United States Constitution.

British writer and Member of European Parliament (MEP), Daniel Hannan, in a Wall Street Journal article dated May 29th, 2015, states, “King John accepted that he would no longer get to make the rules up as he went along. From that acceptance flowed, ultimately, all the rights and freedoms that we now take for granted: uncensored newspapers, security of property, equality before the law, habeas corpus… sanctity of contract…”

But, is there another valuable facet of Magna Carta’s lasting importance? Indeed there is! Those who drafted its words exhibited a belief and appreciation for God and the Bible. The charter itself states that King John reigned “by the grace of God,” and that Magna Carta was intended to be “to the honour of God.” The Bible is the authority on which Magna Carta was written. For more in-depth coverage of this important topic, read our informative article, “Magna Carta Remembered.”

Here, then, is a supreme irony: even as we celebrate Magna Carta, we increasingly ignore and neglect the founding beliefs and principles on which this “Great Charter” was penned.

Magna Carta has served as a potent symbol of fairness and freedom for centuries. Today, God, the authority Magna Carta sought to honor, receives a cold shoulder from a progressively more secular, even paganized, society. He and His Word, the Holy Bible, are increasingly marginalized by the masses.

As England drifts further away from its biblical moorings, you can choose to be different and seek to understand the greatest charter ever conceived, that of God’s Covenant extended to mankind through the pages of the Bible. Will you receive the abundant blessings promised to those courageous enough to act on this vital knowledge?

Order the free booklet, Christian Baptism: Its Real Meaning to begin your journey to understanding, today.