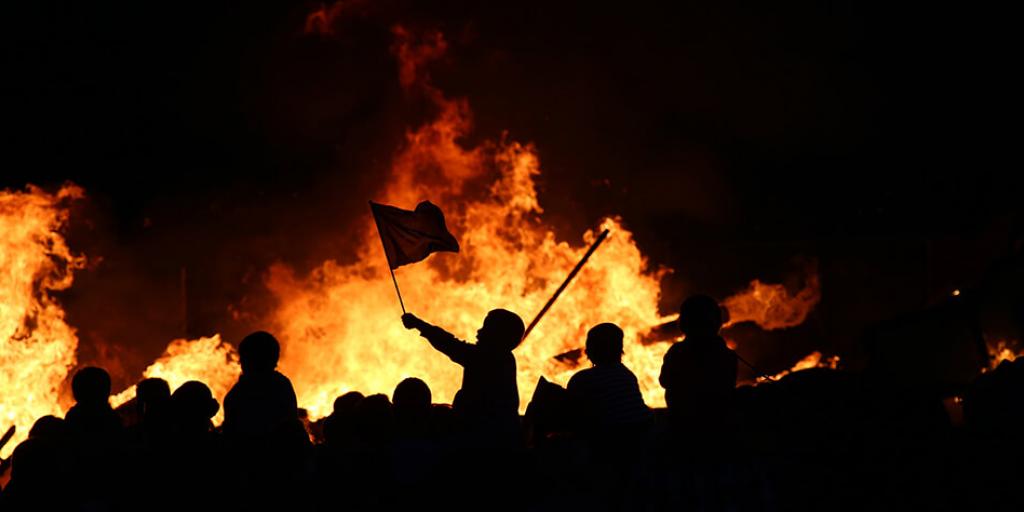 Is Man Capable of Self-government?

Many are excited when a new leader takes the reins of government. But, a study of mankind’s history leads to the inevitable conclusion: mankind is incapable of governing itself.

Citizens become excited when hearing the promises of those running for political office: jobs, lower taxes, economic prosperity, and peace and safety. Slogans like: “A square deal for all”, “He has kept us out of war”, “Happy days are here again”, “A time for greatness”, “Yes we can”, and “Make America great again”…are just slogans. Documents like the Magna Carta, the Bill of Rights and the Gettysburg Address plead for fair, just and equal treatment of citizens in eloquent words. But do those in power follow them, or do they sooner or later fall into corruption?

Various forms of government have been tried, whether chiefdoms, monarchies, dictatorships, aristocracies, oligarchies, plutocracies, theocracies and various designs of democracies and republics, just to name a few. But all are imperfect, exhibiting the frailties of human nature: favoritism, nepotism, authoritarianism, totalitarianism and demagoguery. So they fail and eventually disappoint the citizenry, with the possible exception of the elite who continue to benefit, and a replacement is put in place with yet another hope for success.

Yet, mankind never seems to learn the lesson that we are incapable of self-rule. Alexander Pope said, in An Essay on Man: “Hope springs eternal in the human breast….” This phrase has become an idiom, meaning one continues to hope that something good will happen even though it is unlikely that it will.

Mankind has been forming governments since the beginning of history, each time hoping for a good result. Alas, after thousands of efforts, the result is the same. A quote attributed to Albert Einstein (though there is some evidence he may not be the source), is a definition of insanity: “doing the same thing over and over again and expecting different results.” Based on that definition, mankind must be insane, expecting man’s governments to bring lasting peace, prosperity and happiness!

The Founding Fathers of the American republic had the loftiest of goals, when forming the United States’ government. Thomas Jefferson said that we are a people capable of self-government, and the republican form of government enables people to govern themselves. While he acknowledged that every nation was not capable of self-government, he believed that an educated people were capable. He believed that a government “by the people” could succeed. He did allow that, as some said, “Man cannot be trusted with the government of himself,” but concluded that history should be allowed to answer the question.

Almighty God emphatically answers the question: “Do not put your trust in princes, nor in a son of man, in whom there is no help” (Psalm 146:3).

The repeated, unfortunate history of Israel in the Old Testament is one of failing to be governed by God. Israel wanted a king like everybody else. God gave them a king. And time after time, the kings of Israel and Judah failed, and all too often the people trusted in their alliances with kings of other nations for deliverance, instead of putting their trust in the Eternal God. The prophets Isaiah and Jeremiah declared how foolish it is to trust alliances, no matter how strong the army (horses, chariots and men of flesh) seems (Isaiah 31:1–3 and Jeremiah 2:36–37).

Trusting in man, and thus failing to trust God, always brings a bad result. But, when an individual or the nation trusted God, they were delivered.

Will today’s government leaders bring peace and prosperity to our nations? Only if they will acknowledge the Creator God who rules all kingdoms of men, and seek to obey Him rather than rejecting Him and despising His laws. God has declared the end from the beginning. Read The United States And Great Britain In Prophecy, The Middle East In Prophecy, and Prophecy Fulfilled: God’s Hand In World Affairs.