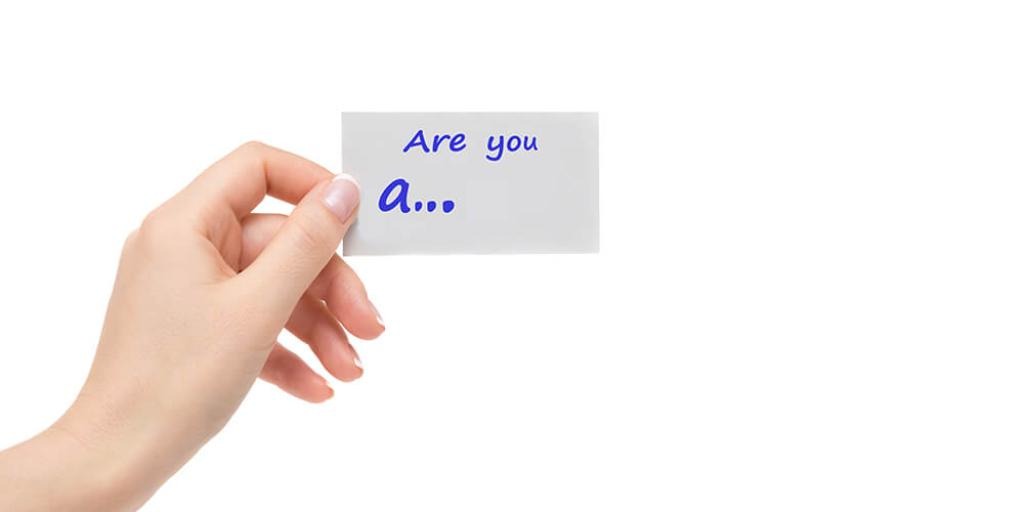 You’ll never meet an “average” person. Oh sure, someone might be referred to as “average,” but no one ever sees himself as average. Every person is unique. Certainly, there are some commonalities, but each human being is made up of the genetic hand he or she has been dealt, along with experiences, environment, culture, religion, and other factors of life. Some individuals excel in life and stand out; others live their lives in “quiet desperation” as spoken of by the poet Thoreau.

But, it seems to be a human trait to want to hang a label on others—to neatly categorize people into narrowly defined types, and then treat them accordingly. On the political or philosophical scene, this person is liberal, that person is conservative, and another person is independent or libertarian. On the academic plane one is labeled an intellectual, while another is called an ideologue, still another a plebeian or a pragmatist. These labels are neat niches where people can be pigeon-holed and judged accordingly, without getting to know who they really are.

Such labels can be a great handicap and a hindrance to those who have the misfortune to be so “typed.” These labels tend to deny the possibility of individual growth and change as one goes through life. Many of the commonly used labels carry negative connotations that hold a person back in many areas of endeavor, both personal and professional.

In religious circles and communities, this tendency to label one’s fellow man is also very prevalent and often has negative consequences. That person is “not converted,” some will say. And yet, can we really know that person’s heart and mind? Everyone wants to be a “Philadelphian” as described in Revelation 3:7–13. The reasons are obvious since this group is praised by God and is promised protection. On the other hand, no one wants to be labeled a “Laodicean,” as described in verses 14–19, since they are chastised for their lukewarm, self-righteous attitude, and will be “vomited” out of the mouth of God. Yuck! Not a pretty picture!

And yet, these biblical labels, which can have a profound effect on the one being labeled are often carelessly thrown around with impunity, without regard for his or her feelings.

In the Book of Wisdom written by King Solomon long ago, he addressed this subject in Ecclesiastes 7:1: “A good name is better than precious ointment.” In Proverbs 22:1 we find these words, “A good name is to be chosen rather than great riches.”

With this in mind, we should be very careful not to label others, since to do so is often to judge them, which should not be done. Jesus Christ made this clear in Matthew 7:1–2: “Judge not, that you be not judged. For with what judgment you judge, you will be judged; and with the measure you use, it will be measured back to you.”

The obvious reason for this is that we cannot know the heart, mind, and spiritual state of the other person. This principle is made plain in the account of how David was chosen to be King of Israel. In 1 Samuel 16:7 we read, “For the Lord does not see as man sees; for man looks at the outward appearance, but the Lord looks at the heart.”

Now there is a label that we should want. It was first used in a derogatory manner in Antioch as the Good News of the Kingdom of God was being spread in the time of the Apostle Paul. “And the disciples were first called Christians in Antioch” (Acts 11:26).

In our daily discourse and in our references to others, we should be very careful not to hang a label on others that we would not want to be applied to ourselves. It is a practical application of the Golden Rule (Matthew 7:12). What’s more, it is a true pattern of behavior that will help us walk worthy of Jesus Christ.

For instruction on what it takes to be properly labeled a Christian, read the booklet What Is A True Christian? or order it free from Tomorrow's World today.