Music in the Midst of War | Tomorrow's World 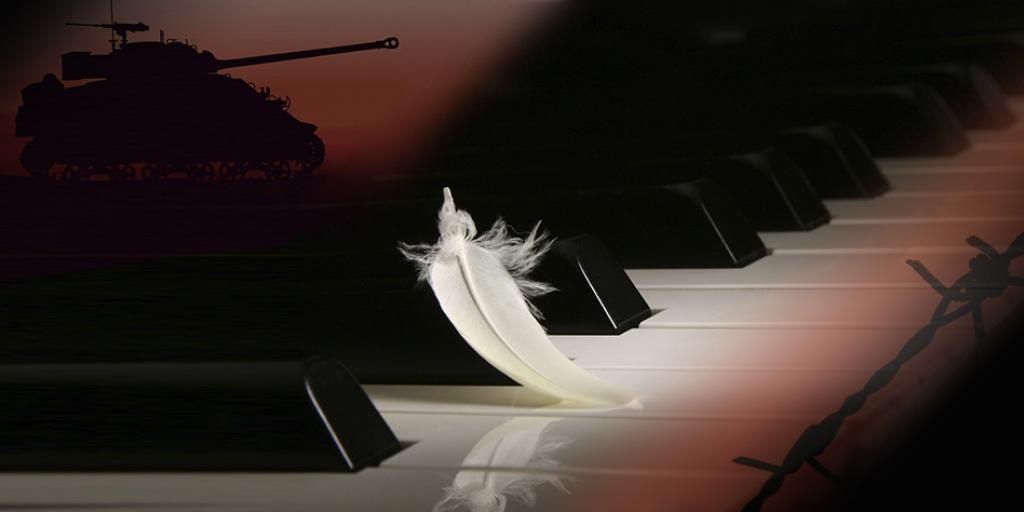 Music in the Midst of War

On Thursday, May 5th, in Syria’s war-torn Homs province, beautiful music temporarily drowned out the echoes of bombs and gunshots. On a stage where Islamic State militants once murdered their victims and destroyed ancient artifacts, a Russian symphony orchestra played familiar classics. What prompted this brief interlude of peace and normalcy amid the ongoing terror?

No doubt the people of Homs welcome any taste of a normal life not shattered by civil war. But, even this marvelous symphony required the protection of Russian and Syrian military hardware as the musicians took the stage in the ancient city of Palmyra. Russian conductor Valery Gergiev led the St. Petersburg’s Mariinsky Theatre Orchestra in a performance meant to “protest against the barbarism and violence” shown by Islamic State militants, who had used the city’s Roman amphitheater to execute prisoners.

The controversial move to conduct a widely publicized concert, under heavy guard in a war zone, has divided public opinion. Western rivals are suspicious that Vladimir Putin’s government seeks to put a humanitarian face on Russia’s self-interested involvement in Syria, yet others praise Russia and its support of the Assad regime as the force that will bring stability back to the region.

Is there hope for a war-torn world, where too often the sound of fighting drowns out the beautiful, the serene and the peaceful—and leaves even good things shrouded and tainted with suspicion and opportunism?

Yes, there is! The Bible foretells that a new civilization will soon be established on Earth, and that the streets of cities will ring with the sounds of laughter and singing (Zechariah 8:4–5, Isaiah 51:11). It will come through the intervention of a true and benevolent power that will stand above the politics, propaganda and wars of our day, and will establish a real, powerful and practical system to cure such problems for good. When that time comes, the world will experience genuine peace—including the freedom to create music that will be special, powerful and pleasing to the One who will bring about such changes!

This glorious transformation will not begin in a devastated town where ancient empires kept many pagan temples and idols. It will begin with the return of the true Savior, Jesus Christ, to an embattled Jerusalem, surrounded on all sides by armies (Luke 21:20).

The Bible reveals that when Jesus Christ—the Messiah and Savior for all mankind—returns to establish His perfect law of love, there will be a new song: “You are worthy to take the scroll, and to open its seals; for You were slain, and have redeemed us to God by Your blood out of every tribe and tongue and people and nation, and have made us kings and priests to our God; and we shall reign on the earth” (Revelation 5:8–10; see also Psalm 96).

Music is certainly a powerful psychological tool. Used wrongly, it can distract, annoy, and stir up feelings of anger, lust and false patriotism—often in ways the composers never intended. Yet music also has the power to soothe grief, calm nerves, inspire creativity and bring joy. Most of all, grateful men and women can use it to praise and give glory to the Creator whose awe-inspiring power made all creativity possible (Psalm 40:3).

To learn more about a coming time when mankind’s creative potential will be unlocked and guided by true moral law—and the sound of beautiful music will drown out the drums of war and petty international politics—order your free subscription to the Tomorrow’s World magazine today, and check out articles like “Global Utopia: An Impossible Dream?”

Also be sure to sign up for the Tomorrow’s World e-zine, which will supply regular updates and prophetic insight into the news and events going on in the world today.