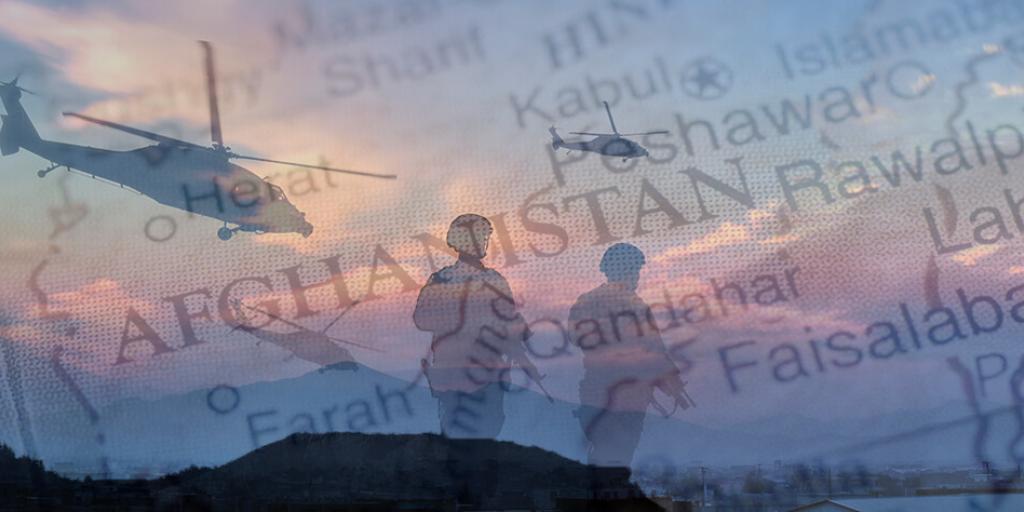 During the week of May 7, 2017, the news that the Trump Administration is considering re-escalating U.S. efforts in the Afghan conflict made headlines. In response to what appears to be a resurgent Taliban, military and foreign policy advisers worry that without new, decisive military actions, much ground could be lost in what is now recognized as “America’s longest war.”

Those considerations are still on the table, and since the issue first made news over a month ago, terror attacks like the one in Kabul have only heightened concerns.

Granted, compared to some of the more sizable conflicts of the 20th and 21st centuries, Mr. Trump’s senior advisors’ call for 3,000 more troops may seem small. However, along with it comes more requests for spending on an already unpopular war effort and a call to NATO for matching personnel from other contributing nations.

Opinions clash as to whether or not “going back in hard and quick” will lead to the U.S. “winning again,” or simply “increase[ing] troop strength to keep doing the same thing.”

Although insisting for NATO to shoulder more of the responsibility for defending its members and allies was one of Mr. Trump’s campaign promises, it remains to be seen how successful the recent appeals to escalate the Afghan war effort will be. And, as with many past and recent conflicts, the United States military will most likely continue leading the charge.

When the Afghan war first started, some predicted it would become America’s next Vietnam—and the case had been made recently that history might repeat itself in the outcome. But regardless of whether America truly can rebuild the nation and establish a firm government there, or will have to pull out, the dilemma isn’t limited to Afghanistan.

It would be helpful for anyone “who has an ear to hear” to consider: What sort of end can there be for an almost twenty-year conflict, with all its terrible realities of warfare? The Afghan people won’t forget the damage done to their country; the Taliban won’t likely stop recruiting, reopening old wounds, and spreading their ideology and cause to another generation; yet, the prospect of “pulling out” completely is almost unthinkable for embattled nations after spending so many years, dollars, and lives in the embattled nation.

The cold, hard truth of the matter is more obvious than most people realize. The wars and conflicts reported daily in the news have no end in sight, because with every bomb dropped and every terrorist killed—with every ounce of collateral damage and political maneuvering—the seeds of the next generation of hostilities are sown.

Cease-fire after cease-fire fails in the Syrian civil war. Groups like Boko Haram ravage Africa with atrocities, untouched by Western intervention. And that is the “tip of the iceberg” for the Middle East, Africa, and other parts of the world. Will we drown in media reports of these ongoing conflicts—and the horrors they create—until Millennials are in rocking chairs and the concept of a war being “won” is a distant memory?

Who can build a wall that will contain one generation’s ideologies of revenge, resistance, and cultural division, and prevent them from reaching the next?

Only one source offers hope for true intervention, though most of the world is unaware of it, and many who hear will scoff at the message—and the messengers (2 Peter 3:1–4). But far from “sitting around” and “not doing anything” to help solve the world’s conflicts, true Christians have an incredible responsibility outlined in the pages of the Holy Bible (1 Corinthians 15:12; Job 14:14).

The message of Jesus Christ’s Return as Savior and King is one that requires preparation—both of self and of the world—through proclaiming the saving gospel of the Kingdom of God. Wars all over the world will only get worse, and the hostile sentiments they spawn will spread, and the Bible promises that without God’s help, mankind will destroy itself (Matthew 24:1–22).

Do you want to understand world events, while learning to live a better Way of life—one that will provide answers and give you peace in the troubling and uncertain years ahead?

Read the booklets, What is a True Christian? and The Middle East in Prophecy today, and don’t forget to check out videos like Episode 3 of TWNow and upcoming Tomorrow’s World Presentations for ongoing perspectives on world trends and events.