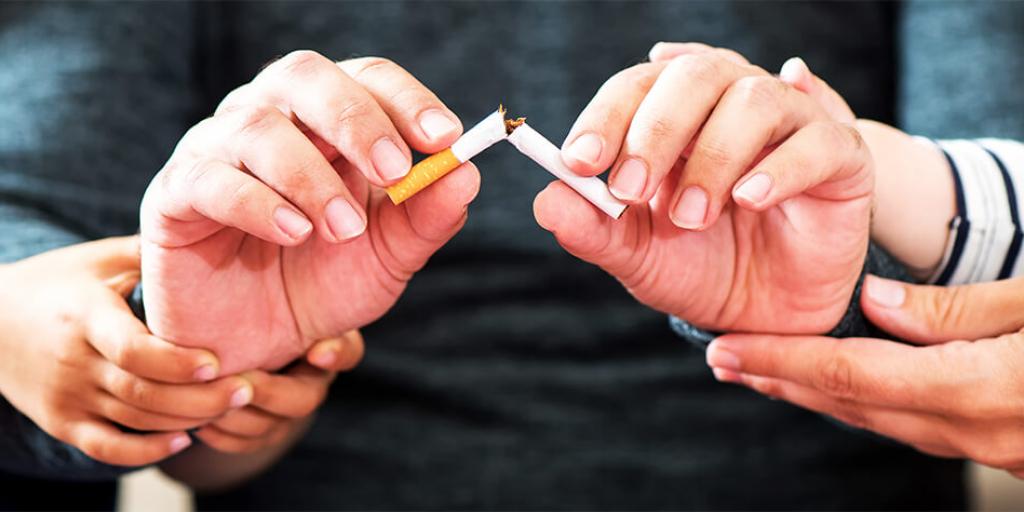 “Have You Quit Smoking? New Study Has Both Good And Bad News For You.” This headline introduces a recent Forbes report about the dangers of cigarette addiction. Eight times more Americans die per year from smoking-related health issues than died in the Vietnam War. For health reasons alone, one might think these numbers would be shocking. But do you realize that quitting can save more than your life, even if you’ve already suffered harm from smoking?

Much of modern culture seems obsessed with youth, beauty, success, and longevity. Yet, disturbingly, the United States’ leading cause of preventable death comes from a habit that destroys those very things. Throughout history, people have smoked tobacco or other substances for many reasons; some include social customs, image enhancement, and even assumed health or spiritual benefits. But today, smoking’s health risks are well known and publicized. Anti-smoking advocates fight to curb tobacco sales, while tobacco companies are required to print warning labels on all their products—but the sales go on and on.

Despite the warnings, smoking is still big business. In light of the ravages of the COVID-19 pandemic—and the subsequent restrictions and vaccination campaigns—some now wonder why there isn’t as much effort spent on the part of governments and the medical profession to eliminate cigarettes as is put into fighting disease outbreaks like that of this coronavirus. The answer, as unsatisfactory as it is to some, begins with the fact that people choose to smoke, even knowing the risks. There are, of course, many other factors, but this inescapable reality definitely interferes with certain individuals’ and groups’ cause to bring down “Big Tobacco.”

Still, many see smoking for the ugly habit it is. Consider some nicknames for cigarettes: coffin stick, casket nail, widow-maker, lip-scorcher, lung-buster, cancerette, and, somewhat amusingly, fire-on-one-end, fool-on-the-other. I’ve heard these labels and more used to describe the deadly, nicotine-packed “commodity” we call cigarettes. And the statistics speak even louder than the nicknames.

Smoking-related problems burn up over $380 billion in annual medical expenses in America and snuff out roughly 480,000 lives. 40,000 of those lives are nonsmokers suffering from secondhand smoke damage. In some countries, like France, anti-smoking campaigns have helped lower these statistics—but sellers continue looking for promising markets.

People pick up the smoking habit for many reasons. In some cases, advertising convinces impressionable young people that smoking is “cool.” Others take it up as a result of social or family influence and soon become lifelong smokers. Many remain addicted to cigarettes for the same reasons people abuse harder drugs or alcohol. They become convinced of a “need”—that it makes them feel better or “calms their nerves.” It fills a hole and offers an escape.

It becomes a part of them, even though they may know it hurts them. Some are callous about the habit, saying that it’s no big deal or that people should mind their own business. Others smoke, despite the risks, because they don’t think they can quit.

As with any addiction, risks do little to discourage users. According to one recovering heroin addict, “I was fully aware of the threat of prison, the potential for overdose and the dangers of sharing needles, but none proved even the slightest deterrent.” Smoking tobacco may not have the exact same health dangers or legal consequences as smoking heroin, but nicotine is still addictive, and people develop strong psychological dependencies on it.

And what does it mean when a dependency rules you so much that you find yourself wanting to stop and fighting the urge to continue? It owns a part of your life, doesn’t it? Not only your life and health, but your very freedom is in question. Finding a way of escape becomes a character issue. The Apostle Paul warned that “to whom you present yourselves slaves to obey, you are that one’s slaves whom you obey” (Romans 6:16). He declared later, speaking of being pleasing to God, “I will not be brought under the power of any” (1 Corinthians 6:11–13). Smoking damages your body, which God created in His image and which for true Christians is the “temple of the Holy Spirit” (1 Corinthians 6:19–20).

But there is hope.

Some struggle with alcoholism or drug abuse until it kills them. Others have the willpower to quit “cold turkey.” I’ve known some of each. Some substances may become so addictive that people can die from quitting them without treatment. But, even in those cases, there will one day come a miracle that promises to free everyone in bondage (Revelation 22:1–5).

Yet smoking has proven to be beatable—the earlier the better, according to studies. Even if you’ve used cigarettes most of your life, the value of freedom from them is priceless, if you can take hold of that freedom.

It’s not easy, but shouldn’t it be worth it?

Many foundations offer valuable help and support, but don’t forget the ultimate resources—your Bible and the faith of Jesus Christ. Also, be sure to watch “Secrets to Happiness” for other ways to find meaning and the incentive to quit.