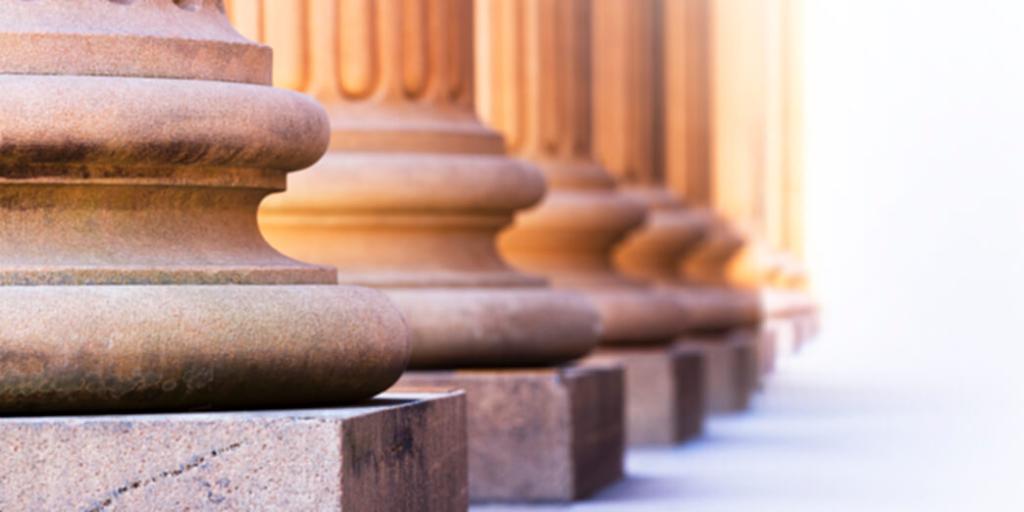 When you talk about pillars, you are talking about support structures. Pillars are often made of wood, stone, or metal, and are used as structural support in a building. A pillar may also refer to something shaped like a pillar or to something that functions in a support role.

The role of pillars serving as support is obvious in construction. Pillars hold up the roof of a building, or sometimes multiple floors as well as the roof. Pillars are also used in constructing piers, which support the weight of a deck or platform as well as standing against the forces of ocean waves and strong winds.

Figuratively, a pillar may also refer to the integral or key functions of a business or enterprise and may also refer to the most important individuals in it who are necessary for its success. Sometimes individuals are referred to as “a pillar in the community” or “a pillar in society.” This means they are influential and respected for their involvement, work, and support of the community.

The Bible records in the Book of Exodus that when the God of Israel instructed Moses to build a tabernacle, He laid out specific instructions about constructing it. These instructions included all of the various materials for constructing parts of the tabernacle, including the pillars (Exodus 26–27).

Solomon built his own palace utilizing cedar pillars and beams (1 Kings 7:2). He also built the first temple at Jerusalem, utilizing a bronzeworker from Tyre to build two pillars of bronze (vv. 13–22). These pillars are given names: the pillar on the right is called Jachin, meaning “He will establish,” and the pillar on the right is named Boaz, which has an uncertain meaning.

Without the support of pillars, buildings collapse. Many are familiar with the story of the exploits of Samson. Judges 16 records his last act and his death as a blinded captive of the Philistines. Samson was led to the two middle pillars supporting the Philistines’ temple to Dagon. Samson prayed for God to grant him supernatural strength once more. He then pushed against the pillars and they gave way, collapsing the building and killing all inside, including himself. Those two pillars supported the entire structure (Judges 16).

The Eternal brought up a billowing pillar of cloud by day and a blazing pillar of fire by night to support and guide the people of Israel in the wilderness during the Exodus from Egypt (Exodus 13:22).

In Galatians 2, Paul described James, Cephas (Peter), and John as pillars (v. 9) in the Church of God, meaning they were key figures. God’s true Church is described as “the pillar and ground of the truth” in 1 Timothy 3:15.

In the Book of Revelation, faithful Christians are encouraged: “He who overcomes, I will make him a pillar in the temple of My God, and he shall go out no more. I will write on him the name of My God, the New Jerusalem, which comes down out of heaven from My God. And I will write on him My new name” (Revelation 3:12). The Greek word translated here as pillar is G4769 στύλος, or stulos. Thayer’s definition is “a pillar, a column, a prop or support.” These human individuals, born into the family of God and given eternal life as God’s children, are given names and titles and are called pillars in the temple of God. What an honor!

Today, we see the “pillars of our society”—time-honored and long-held biblical truths—being dismantled and spat upon by anti-God, “progressive” ideologues. As society crumbles, we need to hold on to the pillar and ground of the truth.

For more foundational insights, be sure to read “Three Pillars of Stability in Difficult Times,” available free at Tomorrow’s World.