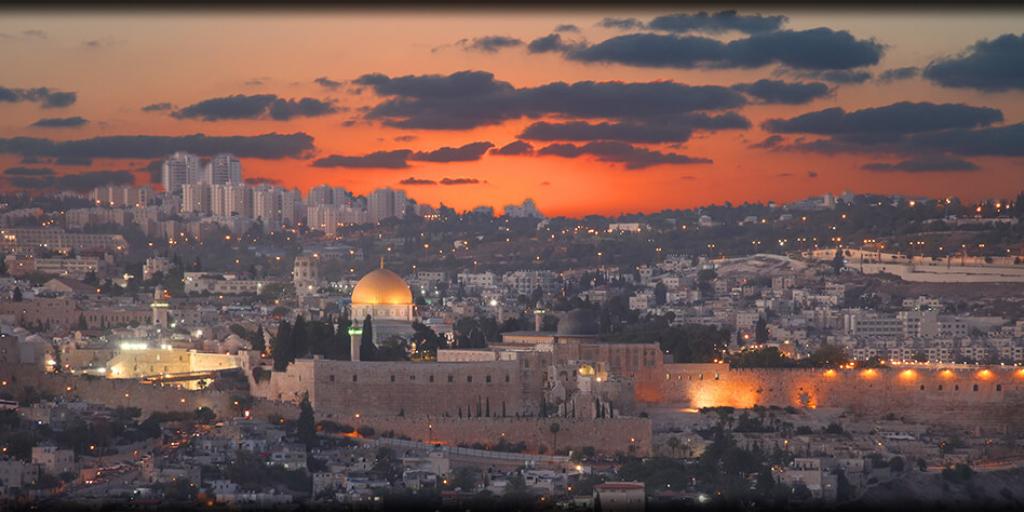 On Wednesday, December 6, 2017, United States President Donald Trump made the historic announcement that Jerusalem—the “Holy City” and "City of Peace"—is the unequivocal capital of Israel. He was, of course, referring to the modern-day state of Israel. At the same time, however, Jerusalem—one of the holiest sites to each of the world’s three largest religions—is also one of the oldest and most contested of cities, as well as the most important to Bible prophecy!

Mr. Trump’s statement has raised eyebrows, ruffled feathers, rattled sabers, and stirred up even more controversy. Critics warn that the bold move will break down the peace process. Many proponents, on the other hand, simply say “It’s about time!” But how much of Mr. Trump’s speech is “reality”—the exact word he used—and how much a dream many might wish for, but isn’t reality yet?

The first “reality” Mr. Trump recognized was, of course, that Jerusalem is the capital of modern-day Israel—and if the location of a nation’s government seat and ruling body is its capital, then this would make his words reality. However, only a small number of nations besides Israel itself and the United States have officially recognized this “reality,” including the Czech Republic and the Philippines. Amid the media storm and the flurry of warnings raised by the U.N., Europe and various Arab and Muslim factions, the full fallout of this recognition remains to be seen. Obviously, the “reality” of Jerusalem’s status is not universally accepted.

But the undeniable historical truth is that Jerusalem was the ancient capital of the nation of Israel, under King David. This fact is another reality of Mr. Trump’s speech.

Post facto developments—from the rise of Islam and Muhammad’s alleged “ascension” from the site of the Dome of the Rock, to the infamous and bloody crusades, wherein the Catholic-majority powers of Europe took Jerusalem as the capital of their own short-lived kingdom—do nothing to erase that fact. Nor do several hundred years of Ottoman oppression, or the strife within the region through the 20th century and beyond.

Jerusalem was the Hebrews’ chief city from the day King David liberated it from the Jebusites (2 Samuel 5:6), up until its destruction by the Babylonians around 586bc. No matter who has controlled it since, the Jewish people still remember this.

Jerusalem—also known in the Bible as Zion—was and still is a beloved and sought-after possession of the Jewish people, and, in reality, will be a heritage to ALL of God’s people in the future!

“He who overcomes, I will make him a pillar in the temple of My God, and he shall go out no more. I will write on him the name of My God and the name of the city of My God, the New Jerusalem, which comes down out of heaven…” (Revelation 3:12). To what does this scripture refer? “Then I, John, saw the holy city, New Jerusalem, coming down out of heaven from God…. And I heard a loud voice from heaven saying, ‘Behold, the tabernacle of God is with men, and He will dwell with them, and they shall be His people.’” It refers to the restoration of Zion—the New Jerusalem—as not only Israel’s capital, but the entire world’s.

After Jesus Christ’s triumphant return the strife surrounding Jerusalem will be quelled (Zechariah 14:4). Jerusalem itself will then be established as a new capital, and will be a sign of hope and a dwelling place for the returning remnants of Israel (Micah 4:6–8). No longer will it be a “heavy stone” over which nations fight for control (Zechariah 12:3).

But until then, the world must face another reality. Mr. Trump mentioned it when he said that peace is the “greatest hope” and the “universal yearning in every human soul.” But world peace before Christ’s return is truly a dream. The Bible tells us that mankind cannot find it (Isaiah 59:7–8) and that our hearts, under Satan’s influence, have become “deceitful and desperately wicked” (Jeremiah 17:9; see 2 Corinthians 4:3–­5). Even our best-intended efforts for peace eventually fail, as people remember their grievances more than their desire for peace.

Today, peace is a dream, but when Jesus Christ restores Jerusalem, and the law of God goes out from Zion (Isaiah 2:3), mankind will have a new heart, a new yearning—and a new reality.

Find out more! Be sure to read the revealing article, “The New Jerusalem” and watch the telecast “Christ’s Second Coming” today!