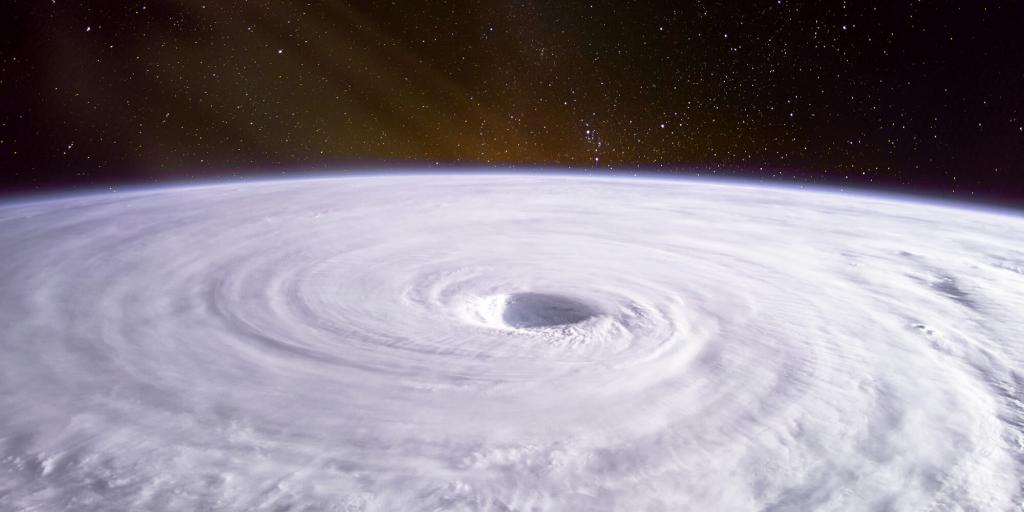 I admit it! I'm a weather junkie. I follow reports on the weather carefully and check the Weather Channel often to see what is going on in different parts of the country and the world. For many years, I was in a business directly impacted by the weather. As you can imagine, it wasn't a random activity for me to want to know what tomorrow's weather would bring—and old habits are hard to break.

We are now in the hurricane season in the northern hemisphere and, right on schedule, the storms, one after another, are lining up and beginning to threaten coastal areas. Weather services and state and local governments advise caution as people check their plans and consider their evacuation routes in case the storm of the hour bears down on them with great fury. We have seen the destruction and chaos a major storm can wreak over wide areas. But, while we watch these developments with heightened interest, life for most people goes on without interruption.

As this nation—and much of the world—struggles to overcome the trials and tests brought on by wars, economic troubles, and the pandemic, the lessons and principles learned in weather watching are often overlooked in other areas of life. For example, when meteorologists observe certain conditions and patterns, such as temperatures, high and low-pressure systems, wind speeds, and moisture movements, they know with certainty that a storm is developing and what the results can be.

Yet, obvious economic patterns and actions of government as well as the private sector, which have been shown to be precursors to economic collapse and hardship, are often ignored. The lessons of one generation are often overlooked by the next. Pernicious patterns of behavior on the part of individuals and government entities are repeated continually without thought for the consequences. The benefits of self-discipline and frugality that define great nations are abandoned in the hedonistic rush for self-indulgence and instant gratification at all costs. Potential health crises loom, while public awareness and preparedness often lag far behind the event of the outbreak.

Such is the time we live in today.

There is a principle found in the Bible that addresses this situation. The Apostle Paul wrote about it in his letter to the Church at Galatia: "Do not be deceived, God is not mocked; for whatever a man sows, that he will also reap" (Galatians 6:7). Earlier, the writer of the book of Proverbs wrote, "He who sows iniquity will reap sorrow" (Proverbs 22:8). It is plain that our actions, individually and collectively, determine the quality of our lives, economically and otherwise.

It is interesting to note that one writer of the Hebrew Bible used a weather analogy to make his inspired point. The prophet Hosea wrote about ancient Israel over 700 years before Christ: "They sow the wind, and reap the whirlwind" (Hosea 8:7). So, today we continue to engage in activities that will bring destruction just as surely as whirlwinds and hurricanes do.

Hosea also wrote of a different way that would bring different results: "Sow for yourselves righteousness; reap in mercy; break up your fallow ground, for it is time to seek the Lord, till He comes and rains righteousness on you" (Hosea 10:12).

Whatever one's circumstance in life is now is a result of seeds sown at an earlier time. If a person wants a different "crop" in the future, then different seeds in the form of their life's decisions must be sown now. We do not have to "sow the wind" with disastrous consequences. We can and should sow the seeds of righteousness by putting into practice the Way of life found in the Bible. By doing this, we will not reap the whirlwind with disastrous consequences, but the blessings that we desire, in this life and the life to come.

If you would like to learn more, be sure to order the free booklets The Ten Commandments, What Is a True Christian?, and John 3:16: Hidden Truths Behind the Golden Verse.