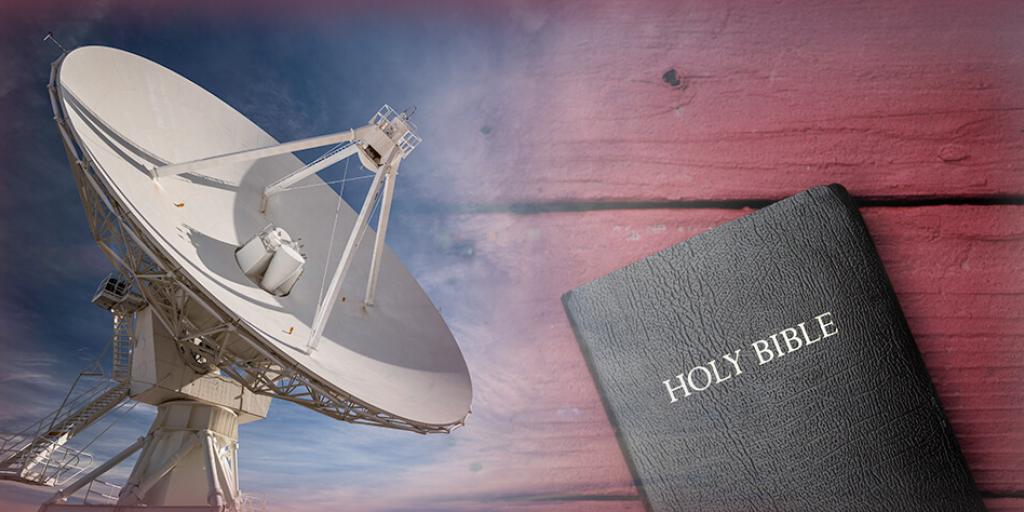 In the recent movie Arrival, enormous spaceships settle in the atmosphere above twelve locations around the world. There is a purpose for the coming of the visitors from an extraterrestrial place—but that purpose remains unknown! The authorities obtain the services of a linguistics specialist in order to communicate and find that purpose.

In the movie, this visit is a first contact from aliens. However, some believe that alien life visited earth in early antiquity. Theories abound about the human race being planted here on earth eons ago by aliens. Different cultures here on Earth have legends of the “gods” from heaven. Mayans and other peoples have their legends of gods from the skies coming to rule over them.

Author Peter Burfeind in his December 1, 2016 article “Aliens Don’t Exist, But They Tell Us A Lot About Atheists,” writes the following: “In his movie ‘Expelled,’ Ben Stein challenged Richard Dawkins about the remarkable phenomenon of life on planet earth: how could life arise given the sheer magnitude of its improbability? Dawkins suggested aliens possibly deposited life on earth.”

Is it true that we were “put here” by a higher power? And how could we possibly know? Is there a source that tells us where we came from? Believe it or not, the Holy Bible offers a better explanation. In the book of Genesis, we are told: “And the Lord God formed man of the dust of the ground, and breathed into his nostrils the breath of life; and man became a living being” (Genesis 2:7).

God is no alien, and He left a clear record of instruction, which explains not only our past, but also the overriding future purpose for establishing human kind. The Holy Bible is that record. We can know why God has chosen to intervene in events that have transpired down through time.

But communication with God is not a one-way street. How do we talk to God? Our early ancestors talked back-and-forth directly with God, and no translator or communications specialist was needed. For instance, in Genesis 3 we read, “Then the Lord God called to Adam and said to him, ‘Where are you?’ So he [Adam] said, ‘I heard Your voice in the garden, and I was afraid because I was naked; and I hid myself’” (vv. 9–10).

After the time of the patriarchs, God used prophets to communicate with His people—eventually communicating to us through His very own Son, Jesus Christ: “God, who at various times and in various ways spoke in time past to the fathers by the prophets, has in these last days spoken to us by His Son, whom He has appointed heir of all things, through whom also He made the worlds” (Hebrews 1:1–2). This same Jesus told his followers to pray: “And whatever you ask in My name, that I will do, that the Father may be glorified in the Son. If you ask anything in My name, I will do it” (John 14:13–14) and “…whatever things you ask in prayer, believing, you will receive” (Matthew 21:22).

So it is by prayer to God, done within the scope of His objectives, that we communicate our needs and desires to Him. But there is an effective way to pray to God, as well as a way that doesn’t get results. For instance, referring to hypocrites and ungodly individuals, Christ said not to pray like they do (Matthew 6:5–8).

God is real, and He has a meaningful purpose for His creation—but we must seek Him, rather than simply “stare into space” looking for aliens. If you really want to get results from your prayers to God, we have a booklet that will help you do just that. Order the free booklet, Twelve Keys to Answered Prayer, or read it online today.

You might also be interested in the brief article “Seven Proofs of God’s Existence” and our video “Can We Trust the Bible?”