Rebuilding relationships and practicing the love of Christ 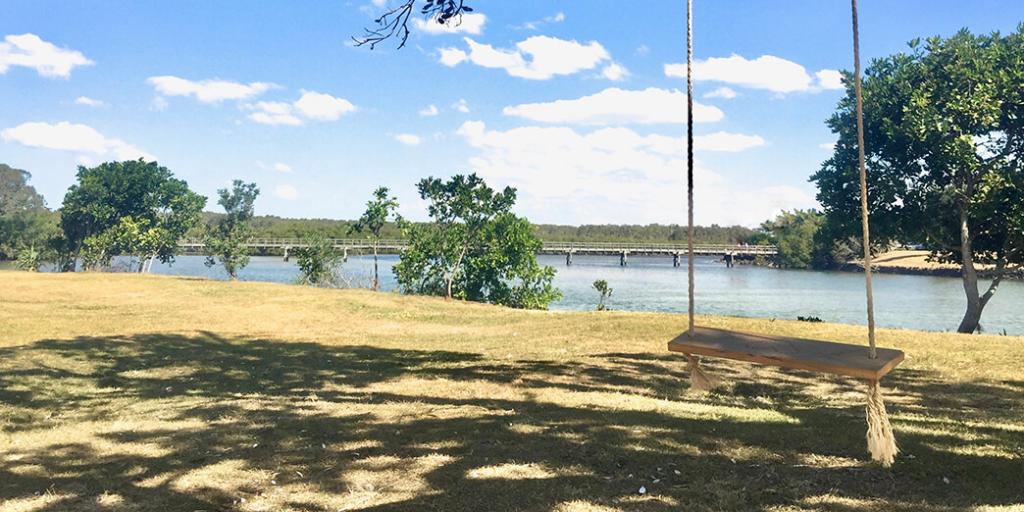 In the course of human affairs, we run across relationships that pique our interest and baffle our minds. Such was the often-touchy relationship between two particular brothers, and the lasting impression of one incident involving them has stayed with me from my youth.

These two brothers—I’ll call them “Ken” and “George”—had purchased farm properties divided by a small ditch. This ditch, no more than several feet across but with steep walls, had a stream that flowed seasonally depending upon the amount of rainfall over the fields surrounding the two properties. Spanning the ditch was what was affectionately referred to as “The Bridge.”

“The Bridge” was actually just a wooden board, measuring two inches thick by eight inches wide and three feet in length, that allowed someone to cross the waterway without resorting to the non-genteel act of a running jump. For the more sophisticated, there was usually “The Bridge”—but sometimes it was not available.

This old plank had more significance than just a crossover from farm to farm; it was a barometer of the relationship between the two siblings. If they ever had a falling out, the passage was closed. This was accomplished by the simple act of pulling the plank from the opposite bank to rest on just one side. Bridge closed. Whenever the matter was reconciled, “The Bridge” was returned to its original position and the way re-opened. The closure could be short-lived, yet sometimes the crossing was decommissioned for long periods while each party considered the “complexity” of the issues.

But during one extended period of deliberation, “The Bridge” mysteriously disappeared!

Ken and George were faced with a new and unique problem: Where would such an item of significance be taken? How could someone abscond with this prized commodity? Who could have the audacity to remove from a man’s property such a tool of convenience?

The differences leading to the original dispute and separation vanished as the duo united in a diligent hunt for the purloined platform. They searched most of the county, but not a splinter of the tattered timber was ever discovered. However, from that moment on, the relationship between these men changed remarkably.

Their wise and elderly mother later hinted at having a part in her two quarrelsome boys’ transformation, saying, “In the grand scheme of life, we all need to come to the point when we ‘bury the hatchet’, ‘let bygones be bygones’, ‘smoke the peace pipe’, or simply make peace with one another. This allows us to fulfill half of the ten commandments [Exodus 20:13–17; Deuteronomy 5:17–21] while accomplishing the second of the two great commandments [Matthew 22:37–39].” By finding a cooperative goal, the brothers were able to overcome their differences—no matter who was ultimately responsible for the grand theft of “The Bridge.”

In Matthew 22:39, Christ instructed, “You shall love your neighbor as yourself.” These words place on each of us a profound responsibility for the connections that come our way in this life. Our aim should be to positively affect each person with whom we come in contact. Taking into account Jesus Christ’s message of the Good Samaritan (Luke 10:25–36) and the admonition for His followers to even “love your enemies” (Matthew 5:44), shouldn’t we deeply consider this responsibility, even in seemingly small matters?

The brothers soon fully reconciled and jointly replaced “The Bridge.” They positioned a concrete culvert in the ditch, upon which a wooden walkway with handrails was constructed to permanently connect the two yards. More importantly, the family was amazed at how such a simple matter created a permanent change between these two brothers.

Of course, the whereabouts of “The Bridge” remained mostly obscured as the years passed—at least to Ken and George. Only occasionally does anyone even remember this story while swaying on the weathered wooden board, suspended by a rope from a nearby Oak tree, that has come to be called “The Swing.”

Is there a bridge missing in your relationship with someone—even God Himself? Learn how to rebuild it—with His help. Order your free copies of John 3:16: Hidden Truths of the Golden Verse and Twelve Keys to Answered Prayer, and be sure to check out the rest of what Tomorrow’s World has to offer, including this inspiring video short.