The Blind Men and the Elephant | Tomorrow's World 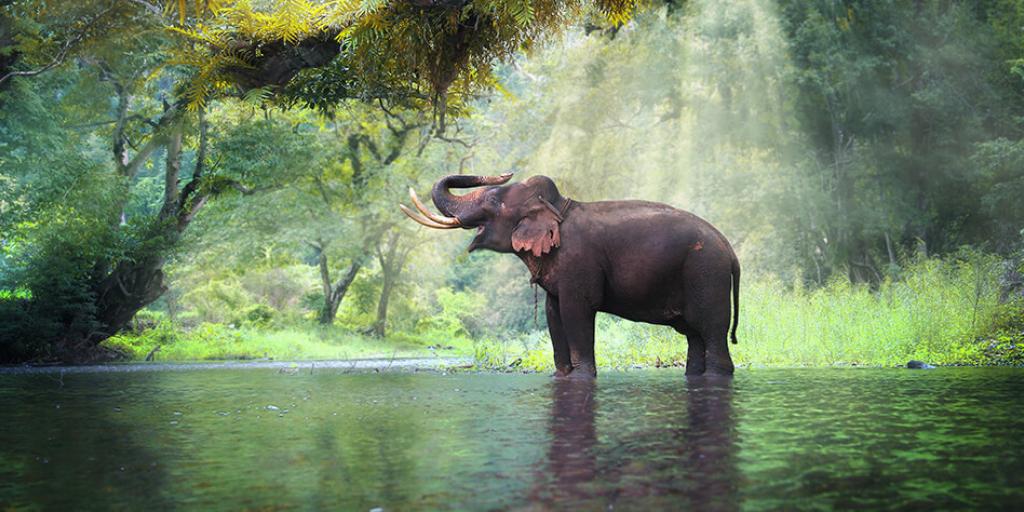 The Blind Men and the Elephant

Remember the children’s story of The Blind Men and the Elephant? This story, as profound as it is simple, continues to be used to explain the limitations of human understanding and perception.

A rendition of the story describes six blind men living in a village. One day, a caravan of travelers brought an elephant into the village. The blind men had no idea what an elephant was. Together they went to learn about this elephant. Each of them unknowingly inspected by touch only a part of the elephant and then reported his conclusion to the other men.

The second man inspecting only the elephant’s leg concluded that the elephant was not like a snake, but instead like the trunk of a tree.

The third man was puzzled hearing what the first two men had to say, as he found a smooth long and pointed tusk.

He explained that the elephant more closely resembled a heavy spear.

The fourth discovered a swinging tail, causing him to rebuke his friends saying the elephant was like a small rope.

As the next man approached he felt a gentle breeze of air. He reached out and touched the elephant’s huge ear. The man adamantly proclaimed the elephant to be more like a huge, slow-moving fan!

The last of the men found the side of the elephant’s massive body and announced that an elephant was just a big dirty wall.

Each man was convinced in his own mind that he had the best and most accurate understanding of elephants. They relentlessly argued with each other. The town’s people could hear them proclaiming loudly and defiantly, “The way I see it is…!”

In one version of the story, a wise man then approached and began to explain to the men that they had a part of the truth mixed with an erroneous conclusion. Only one of the blind men understood the wise man’s instruction; each of the others became more stubborn in their own belief.

Isn’t this what much of Christian-professing religious groups do with the Bible today? Each church, sect or denomination holds on to a different doctrine, which becomes the basis of their teaching. Some groups focus on the activities of John the Baptist, while others mimic their interpretation of what happened in Jerusalem on the Pentecost when the Holy Spirit was poured out. Still others proclaim that all we need to do is “believe” to be saved. Understanding and practicing only a part of what the Bible says is like inspecting only a part of the elephant.

As the Apostle Paul traveled, preaching and teaching the true gospel of Jesus, he confronted many differing and erroneous viewpoints. This is why Paul stressed that we need to prove all things, test all things, and hold fast to that which is good (1 Thessalonians 5:21). We are admonished to look into scripture to see if what we are taught to believe has its foundation on the whole word of God.

With the same conviction of the blind men who inspected the elephant, many professing Christians do not carefully inspect the whole Bible to see if their beliefs match up. Truly, this process takes prayer, supplication, and a strong desire to know the whole truth.

If you would like to see the complete picture as told in the pages of your own Bible, order our Tomorrow’s World Bible Study Course. This course is free and without obligation—order today!