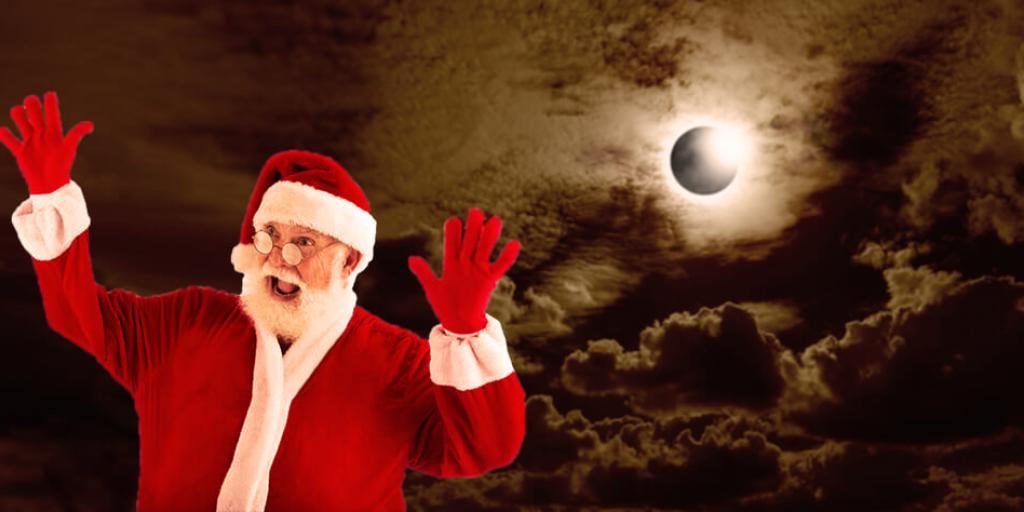 This is no new understanding! But the churches of the world hide or ignore this truth! The Catholic Encyclopedia reveals: "Christmas was not among the earliest festivals of the Church. Irenaeus and Tertullian omit it from their lists of feasts…" (vol. 3, pp. 724, 728). Christmas was even briefly outlawed in Massachusetts in 1659 and in England in the mid 1600s as being unbiblical.

Understand. Before Christmas was the Roman Saturnalia, upon which Christmas is founded. Tertullian, considered an early Catholic church father, wrote that during the Saturnalia, presents were exchanged and "every pomp of the devil is frequented" (On Idolatry, circa 200–206ad).

But the Saturnalia was also simply an adaptation of something earlier—Persian Mithraism. As the Catholic Encyclopedia records: "In Mithraism, the highest god was Aion, Kronos, or Saturnus. Saturnus, the name popularized by the Roman world, was no other than the ancient Iranian [Persian] god, Zervan" (Mithraism).

The Romans eagerly adopted Mithraism in the form of the Saturnalia. Emperor Diocletian built a temple to Mithra in Carnuntum, and "The 25 December was observed as his birthday, the natalis invicti, the rebirth of the winter-sun" (ibid).

In Mithraism, the mid-winter festivals began with worship of Zervan, whose celebrations ended on December 24. The celebrations then transitioned to worship the reborn Zervan as the newborn Mithras, the new Saturn, born on December 25 who brought back the sun after the winter-solstice (Mithras, the Secret God, M.J. Vermaseren).

The pagan god Zervan was depicted as a winged, part-human, part-lion figure. Thus, we see that Zervan depicts angelic cherubim characteristics (2 Chronicles 3:13; Ezekiel 10:14). Further, Zervan was typically accompanied by snakes wrapped around his legs, arms or body (The Mysteries of Mithra, by Franz Cumont, 1903, page 93). Scripture reveals that Satan (formerly Lucifer) is a fallen cherub (Ezekiel 28:14–16), and is associated with the snake (Genesis 3:1–14; Revelation 20:2).

A righteous angel will not permit himself to be worshipped (Revelation 19:10; 22:9). And Revelation 9:20 warns that idolaters are actually worshipping demons. Clearly, the cherub who demands his worship at the winter-solstice is no righteous angel. Whether calling himself Zervan, Saturn or another eponym, this deity is a proxy for no other than Satan, the fallen cherub!

But even the Roman Saturnalia and Persian Mithraism were adaptions of an even earlier mystery religion—the Babylonian mystery cult. The ancient Babylonians celebrated the reborn Nimrod as the newborn Tammuz by worshipping an evergreen tree (now the common Christmas tree). The Babylonians also celebrated this rebirth during the winter solstice. Jeremiah condemns ancient Israel for copying this terrible paganism, and even specifically mentions the decorated evergreen tree in Jeremiah 3:13.

Regardless of fond memories or whether "everyone does it," a true Christian will reject Christmas, not only because of the commercialism, the pagan influence, and the impossibility of Jesus being born mid-winter, but more fundamentally because Christ refuses to have any part with idolatry (2 Corinthians 6:15–16). Christ was never part of Christmas and He will not be "put back" in Christmas.

God commands us to "learn not the way of the heathen" (Jeremiah 10:2, KJV), reveals that pagan celebrations are abominations to Him (Jeremiah 10:3–4; Ezekiel 8:13–14), and tells us not to change what was taught through Christ and the Apostles (2 Thessalonians 2:15). Once this truth is understood, a true Christian will shudder at the idea of celebrating Christmas, realizing that these winter solstice celebrations are indeed Satan's celebrations.

To learn more, watch the powerful Tomorrow's World telecasts, "Christmas: The Missing Message" and "Insight into Christmas," or read the insightful article "Should Christians Keep Christmas?"