The End of Failure | Tomorrow's World 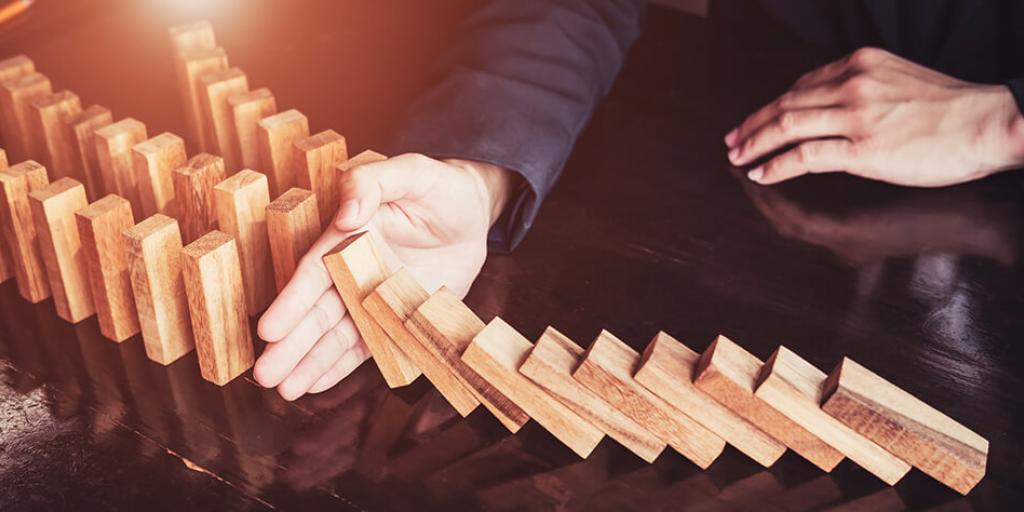 The End of Failure

A major railroad in the United States had a sign posted near the entrance of its expansive repair facility, where it maintained the rolling stock of the railway. The sign read, “Every accident is a result of the failure of man, methods, or material.”

I can tell you from experience that this sign is correct. For many years, I was involved in investigating accidents, fires, and property damage of all kinds. In dealing with losses involving homes, commercial buildings, manufacturing plants, and various types of equipment, I found that these losses were almost always caused by the failure of a manmade device, defective materials, or an error in operation.

Mankind and its devices often do not work as intended, and when they fail, the results can be catastrophic.

Historical examples of this are numerous and renowned: The Hindenburg disaster of 1937, when a German dirigible exploded, killing 35 of the 97 people aboard; the famous Titanic ocean liner that was thought to be unsinkable before going down in the icy waters of the Atlantic in April of 1912; the 1986 Chernobyl nuclear disaster, which is still causing suffering today; the tragic and shocking Space Shuttle Columbia disaster in 2003; the river levees that failed in the Midwestern United States spring floods in 2019; and, more recently, two plane crashes involving the Boeing 737 MAX aircraft collectively resulted in the loss of 346 lives. On the more mundane side of things, almost daily we hear of product recalls because of problems with automobiles, appliances, and other widely used items.

The Bible also records some spectacular failures of mankind. For example, Egypt, once the world’s most powerful nation, was destroyed when its leaders refused to respond to God’s demand to release the Israelites from slavery (Exodus 10:7). Later, Jericho, the greatest walled city of its time, was reduced to rubble as the Israelites followed God’s instructions (Joshua 6:20–21). Babylon, the first world-ruling empire, is now just a part of ancient history. In their day, all these nations and city-states seemed invincible, but they did not last. They failed because the bases they were founded upon were flawed.

Man relies on weapons for protection, but all war machines will eventually fail. “No king is saved by the multitude of an army; a mighty man is not delivered by great strength. A horse is a vain hope for safety; neither shall it deliver any by its great strength” (Psalm 33:16–17).

Man relies on religion, but every religion that is not based on eternal truths will fail. Jesus Christ said, “Not everyone who says to Me, ‘Lord, Lord,’ shall enter the kingdom of heaven, but he who does the will of My Father in heaven. Many will say to Me in that day, ‘Lord, Lord, have we not prophesied in Your name, cast out demons in Your name, and done many wonders in Your name?’ And then I will declare to them, ‘I never knew you; depart from Me, you who practice lawlessness!’” (Matthew 7:21–23).

With all of this in mind, what can we depend on? The prophet Isaiah makes the answer plain: “For unto us a Child is born, unto us a Son is given; and the government will be upon His shoulder. And His name will be called Wonderful, Counselor, Mighty God, Everlasting Father, Prince of Peace. Of the increase of His government and peace there will be no end, upon the throne of David and over His kingdom, to order it and establish it with judgment and justice from that time forward, even forever. The zeal of the Lord of hosts will perform this” (Isaiah 9:6–7). God assures us beyond doubt that the establishment of His great plan for mankind will not fail. He will carry out His great plan for mankind and establish His everlasting kingdom.

When will this occur? At the return of Jesus Christ in power and glory. The Book of Revelation gives the details. “Then the seventh angel sounded: And there were loud voices in heaven, saying, ‘The kingdoms of this world have become the kingdoms of our Lord and of His Christ, and He shall reign forever and ever!’” (Revelation 11:15).

Sooner or later, all of mankind’s devices fail! The Creator God’s devices, however, will put an end to failure and bring peace, plenty, and true success to the earth—and beyond.

The prophetic warning found in the book of Ezekiel foretells a great calamity before a time of true restoration. What is that message, and who is proclaiming it? Learn more. Watch the Tomorrow's World telecast “The Watchman's Warning”today.