The Future is Brighter Than You Can Imagine | Tomorrow's World 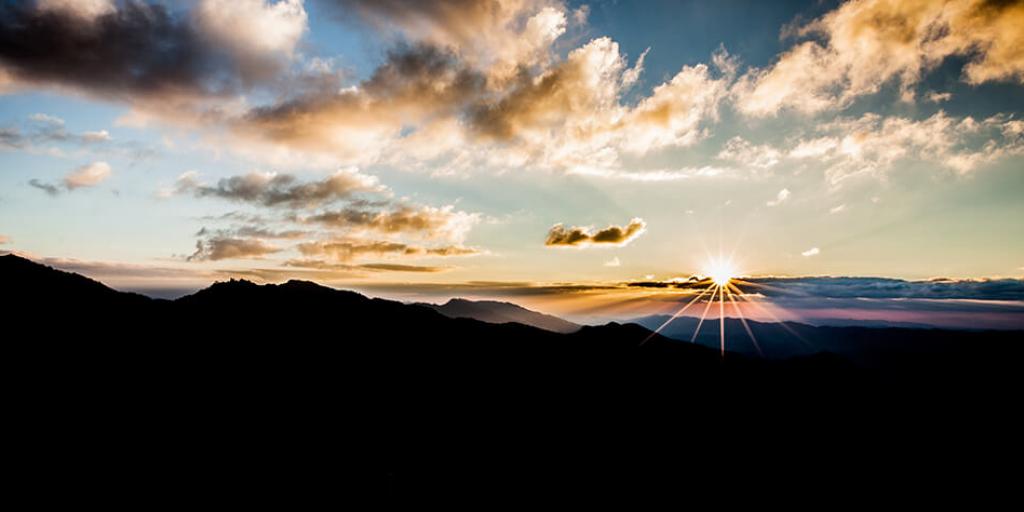 It feels like bad news bombards us on every front these days. Sometimes, I mentally wince before tapping on a news app because it’s usually full of troubling headlines. The COVID-19 pandemic seems to have intensified many already existing problems, and the continual cycle of stressful news has caused increased suffering from stress, anxiety, and depression, as many articles have recently shown.

Some well-known public figures, such as Dallas Cowboys quarterback Dak Prescott, have opened up about their own struggles with anxiety and depression. One major factor that leads to this rise in mental and emotional health struggles, as reported in this article by the Associated Press, is a feeling of hopelessness. The “here and now” and the future both feel dark, hopeless, and dreary for many. However, there is good news.

For those who believe in the God of the Bible and His Son Jesus Christ, there is glorious hope for the future. Keeping this vital promise of God in mind can bring hope and help us cope with the stress and anxiety that so many people face.

The message about the kingdom of God isn’t just found in the New Testament; the Old Testament also contains many prophecies about it. Just a few examples are Daniel 2:37–45, Isaiah 2:2–4, and Zechariah 14:8–21.

The word “gospel” literally means “good news.” Many versions of the Bible translate it that way, such as, “Jesus went throughout Galilee, teaching in their synagogues, proclaiming the good news of the kingdom, and healing every disease and sickness among the people” (Matthew 4:23, New International Version). The kingdom of God is not just good news, it’s marvelous news! When Christ returns at the great sound of the seventh trumpet, He will establish His Father’s kingdom and rule over the nations and governments of the earth. Revelation 11:15 describes this magnificent moment: “Then the seventh angel sounded: And there were loud voices in heaven, saying, ‘The kingdoms of this world have become the kingdoms of our Lord and of His Christ, and He shall reign forever and ever!’” Even though few understand the truth, this is the moment the creation groans for—the time when a strong, righteous leader will bring peace and prosperity for humanity.

The kingdom of God will be established upon the almighty shoulders of Jesus Christ as He rules and serves mankind as its Counselor, Mighty God, and Prince of Peace (Isaiah 9:6). The greatness, abundance, and peace of God’s kingdom will never end (Isaiah 9:7), and it will be based on God’s perfect law, which restores the soul (Micah 4:2; Psalm 19:7). It will be a time when the deserts really will blossom like roses. When Jesus Christ heals the world, the blind will see glorious sights, such as the deaf listening and the lame dancing to songs sung by those once unable to speak. Rivers of pure water, tame animals, and beautiful plants and trees will renew the world into the garden that God intended (Isaiah 11, 35). And these events are not just “nice-sounding words”—they are the changes Jesus promised to bring in the not-so-distant future.

Our days and weeks, our televisions and newspapers, our computers and mobile devices—all are full of stressful events, stories, and opinions. But, despite all of this, the Bible warns that worse is coming. Jesus predicted the Great Tribulation, the worst time in mankind’s history before His return (Matthew 24:21). He didn’t “sugar coat” the bad news, but He also preached inspiringly and often that, as bad as the bad news is, the good news is far greater.

One day, the glory and grandeur of God’s kingdom will completely overshadow today’s bad news, and as the Apostle Paul said, “[W]hat we suffer now is nothing compared to the glory he will reveal to us later” (Romans 8:18, New Living Translation).

If you’d like to learn more about the kingdom of God and the wonderful future that God has planned for mankind, please order our free booklet The World Ahead: What Will It Be Like? You can also watch our inspiring television program, “Hope for the Future.” These free resources can help you find joy and hope during these challenging times.