The Great Eclipse and the Forgotten Knowledge of Genesis 1:14 | Tomorrow's World 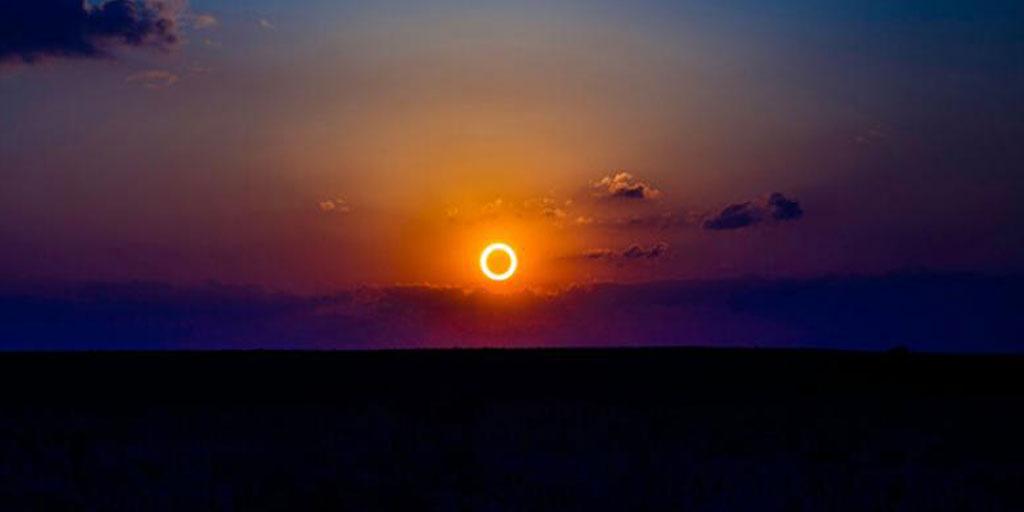 The Great Eclipse and the Forgotten Knowledge of Genesis 1:14

The August 21, 2017 total solar eclipse is a very rare event because it will be seen in the United States—and only the United States—from coast to coast. No other nation will be touched by this total solar eclipse. Referring to Genesis 1:14, some see this as a warning sign from God. Is it? Are eclipses signs? And if so, then what are they signs of? What Scripture reveals may surprise you!

Solar and lunar eclipses are spectacular events, and there have been many famous eclipses in history. Some archaeologists believe that the earliest known recording of a solar eclipse goes as far back as November 30, 3340bc in what is now Ireland. The ancient people there recorded the event on three large stones, and these surviving petroglyphs appear to exactly match what would have been observed at that time and from that location more than 5,300 years ago! Other famous ancient solar eclipses include a 1302bc Chinese eclipse, the 1223bc “Ugarit Eclipse” and a 763bc eclipse in Ashur, Syria, which coincided with a major revolt.

According to NASA, the last time that a total solar eclipse crossed what is now the United States—and only the United States—from coast to coast was June 13, 1257ad! Prior to that, one would have to go all the way back to July 29, 436ad!

So it is unique, but is the “Great American eclipse” a warning sign from God? Citing Genesis 1:14, some modern theologians claim it is. Let us make no mistake: The United States, Britain, and all of the “modern Israelitish” nations need to repent, and the Bible makes it very clear that these nations (scripturally referred to as “modern Jacob”) are heading toward a time of unprecedented punishment (Jeremiah 30:7; Matthew 24:21, 22). But Genesis 1:14 is actually referring to important but very different signs.

The “signs” mentioned in Genesis 1:14 actually refer to something sacred and forgotten by most people today!

The movement and interaction of the sun, the moon and the earth—including lunar eclipses—was put in motion by God to not only provide for “day and night” but to also allow humans to calculate days, weeks, months, years… and something else. Something sacred. As Genesis 1:14 records, these “signs” are also for seasons. The Hebrew word for seasons in Genesis 1:14 is mo’ed, and means appointed times. These “appointed times” refer to the sacred Feasts of the LORD! Interestingly, both the NIV and Moffatt versions translate “appointed times” in this verse as “sacred times.”

Genesis 1:14 reveals that God precisely established the movement of the sun, moon and earth, such as cycles of lunar and solar eclipses, to make possible the calculating of the sacred calendar and the Holy Days! As an example, notice Exodus 23:15 where God instructs all who will obey Him to keep the Feast of Unleavened Bread at the appointed time (again, mo’ed). And all through Leviticus 23, God commands that the annual Holy Days be observed at their appointed times. “The feasts of the Lord, holy convocations which you shall proclaim at their appointed times” (Leviticus 23:4). These “appointed times” are able to be known well in advance because, through the movement of the earth, moon and sun, they are able to be calculated.

Yes, our nations need to repent—and, ironically, one of the sins that so many people should repent of is the sin of forgetting and profaning God’s sacred Holy Days and Sabbaths! And yes, there will come a time when great cosmic signs will proclaim the end of this age and Christ’s Second Coming, when “the stars of heaven will fall, and the powers in the heavens will be shaken” (Mark 13:25), but that will be no mere solar eclipse!

To learn more about the annual Holy Days that all true Christians should observe, please read online or request The Holy Days: God’s Master Plan.