Independence for Israel—"Out of All Their Troubles…" | Tomorrow's World 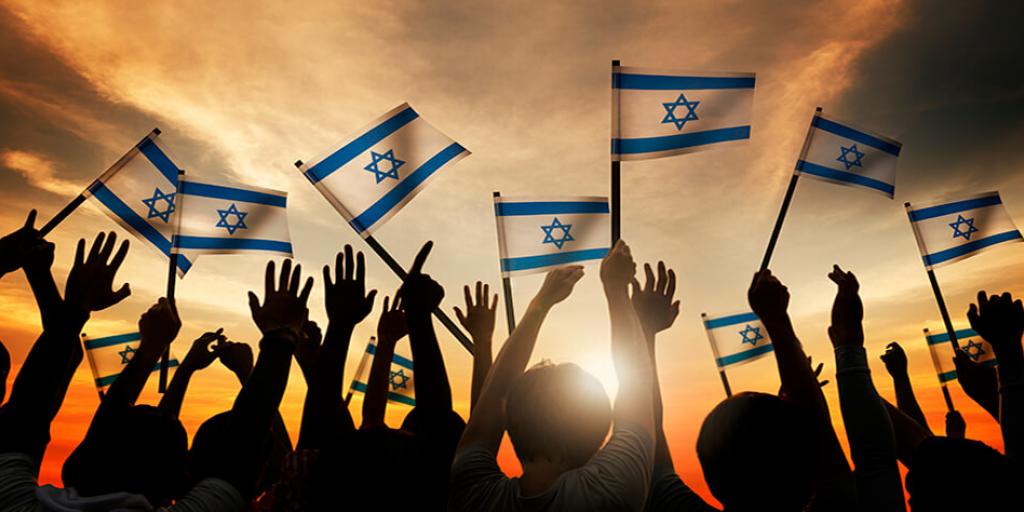 Independence for Israel—"Out of All Their Troubles…"

When modern Israel was founded in 1948, the newly-formed nation faced an uncertain future. The eyes of the world were upon it. From the moment Israel’s declaration of independence was signed on May 14, the endeavor was beset by many troubles. War came swiftly—when the new country’s angry neighbors attacked. Seventy years later, what is the condition of the nation that so many threatened to “drive into the sea?”

Israel celebrates its independence today, in conjunction with another holiday memorializing the fallen soldiers of the Israeli Defense Force in the country’s conflicts—and there are many to remember. Most Jews in the Western world recognize Yom Ha’atzmaut, and linking it with Yom Harizikon is a significant reminder of the debt Israelis owe to their armed forces.

Both holidays follow the ancient—and biblical—Hebrew tradition of counting days from sundown to sundown, meaning that the 24-hour period for Yom Harizikon started on Tuesday evening at sundown and ended even as Yom Ha’atzmaut was beginning on Wednesday evening. (Holy days recorded in the Old and New Testaments of the Bible are counted the same way).

Israel, having endured much, does well to remember and dedicate national holidays to the sacrifices that have paved its way to success in the modern age. Many Americans have a penchant for their own national holidays commemorating the United States’ establishment and defense, but these Israeli holidays remind that they are far from alone. How especially poignant Israel’s memories must be, whose population today still includes those who lived through their nation’s birth and survival, seeing it with their own eyes and shaping it with their own hands.

It is interesting to note that American culture, in general, has been identified by some as “forgetful” regarding its past, as fewer Americans today are able to answer basic questions about the nation’s history. Much of United States history is marked by monumental internal as well as external trials—and with so much going on within its borders, it can indeed be easy for Americans to forget, and become so wrapped up in the present that even the recent past seems more like “ancient history.” Sadly, that exacts a price.

But it would seem that a young nation like Israel, balanced on a knife’s edge through much of its existence, would be even less able to afford such forgetfulness. Zionism’s history is long, and fraught with highs and lows. Modern Jews do well not to take the future for granted by forgetting the horrors of the past.

But what if there were a connection between Israel and the West that much of the entire world has forgotten? And what if the Holy Bible contained the key to understanding that connection, in prophecies that many find confusing? The United States, Great Britain and Israel today are allies, sharing much in common—including their devotion to the traditions of freedom and liberty they’ve fought hard to achieve and protect, and reflected in their independence and memorial days.

But their connection runs much deeper than that.

Genesis 48 and 49 record the ancient prophetic blessings the Hebrew patriarch Jacob pronounced on his two grandsons, Ephraim and Manasseh: “God, before whom my fathers Abraham and Isaac walked … Bless the lads; let my name be named upon them, and the name of my fathers Abraham and Isaac; and let them grow into a multitude in the midst of the earth” (Genesis 48:15–16). They were to become a great nation (Manasseh) and a great company of nations (Ephraim) (v. 19), while from Judah the “scepter would never depart” (Genesis 49:10) and a Savior would come (Micah 5:2).

The descendants of Jacob are scattered abroad, but their identities were once known. Learn of them—and how that knowledge will affect your life—today! Order the free booklet, The United States and Great Britain in Prophecy.

By celebrating recent history, the people of Israel commemorate the sacrifices and protection of their armed forces. With an eye on the momentous events behind these holidays, whose “religious character… is still in the process of formation, and is still subject to debate,” it is understandable why people would celebrate them. Hopefully they are observed not only with a sense of reflection on the past, but also on the overall plan and purpose God has for all of His people in the future. And it would behoove Israel to consider, as well, to seek a more profound and passionate relationship with celebrations and observances that are at the very root of their culture, yet far older than 70 years: the holy days of the Bible.

Will we remember the role God Himself has truly played in our protection, or will we continue to forget the most important requirements for our many blessings to continue? Will we show the character spoken of in Psalm 34, and cry out to God, who will deliver us from “all our troubles”? We pray so!