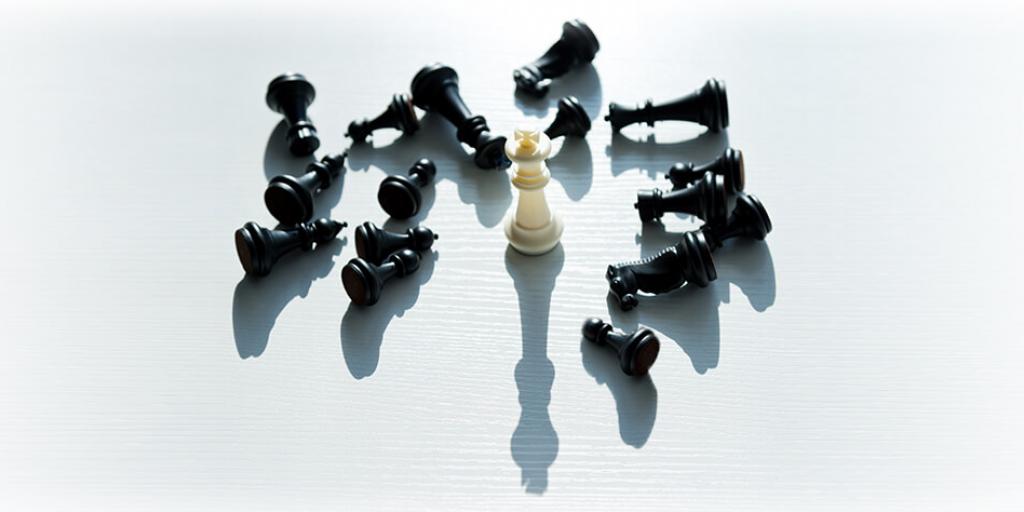 Enemies abound! Or so it seems. Some people make enemies because of their demeanor. Political parties consider each other enemies as they vie for power. Court dockets are full of cases of disputes that individuals cannot or will not resolve on their own.

Nations often have the same kinds of problems, and when diplomatic relationships fail, war breaks out. During WWII, the Allies—made up of Britain, the United States, China and the Soviet Union—were “friends” in the war effort against the Axis powers of Germany, Italy and Japan. But, soon after the war ended, the Soviet Union and China began gobbling up territory and taking harsh action against their war-time allies. And yet, as political and economic interests change, former enemies become important trading partners.

Today, Islamic Jihadists are wreaking havoc whereever they can, using barbaric and brutal methods. As a result, the Middle East countries are locked in an endless morass of bloodshed and destruction. History reveals that these struggles are not new; only the technology and the numbers of people involved have changed, but conflicts and suffering continue.

In the Bible, Jesus said, “But I say to you, love your enemies, bless those who curse you, do good to those who hate you, and pray for those who spitefully use you and persecute you” (Matthew 5:44). But, you may be thinking, “That’s not normal,” and you would be right! This attitude requires a change of heart and mind that comes only from the indwelling of the Holy Spirit, which God gives to those who change their sinful ways, accept the sacrifice of Jesus Christ for the forgiveness of their sins, and are baptized by a true minister of God.

But, how does one deal with his or her enemies in this benevolent way? First, recognize that there are different kinds of enemies with different intensities and desires. Clearly, if attacked, one may have to engage in self-defense. It is prudent, when possible, to flee from danger or harm. “A prudent man foresees evil and hides himself…” (Proverbs 22:3). The point Jesus made is though there are those who want to do us harm, we should be concerned about them and pray for them to change their hard-hearted ways and to make peace.

Paul put it this way: “If it is possible, as much as depends on you, live peaceably with all men. Beloved, do not avenge yourselves, but rather give place to wrath; for it is written, ‘Vengeance is Mine, I will repay,’ says the Lord” (Romans 12:18–19). Conflicts can be discouraging, but you can take comfort that in God’s Plan and in His time He will work all this out to accomplish His will. Jesus said in the midst of great difficulty, “…See that you are not troubled; for all these things must come to pass…” (Matthew 24:6).

Yet, there is one enemy that all of us must face. Paul described it in Hebrews 9:27: “…it is appointed for men to die once, but after this the judgment.” In 1 Corinthians 15, Paul explains that there will be a resurrection of the dead at Christ’s return. He refers to it as “a mystery” because so few understand it. He eloquently states, “The last enemy that will be destroyed is death” (1 Corinthians 15:26). When will this happen? Before the New Jerusalem comes down from heaven. John made it clear in Revelation 21:4: “And God will wipe away every tear from their eyes; there shall be no more death, nor sorrow, nor crying. There shall be no more pain, for the former things have passed away.”

So, while enemies are all around us, God will deal with them in His own way, in His time. As individuals, we should be focused on doing our part, with God’s help, to overcome to the end, conquering the last enemy, death, and to inherit eternal life in the Kingdom of God.

Our booklet, Your Ultimate Destiny, makes the subject very plain. It is available to order, free of charge.