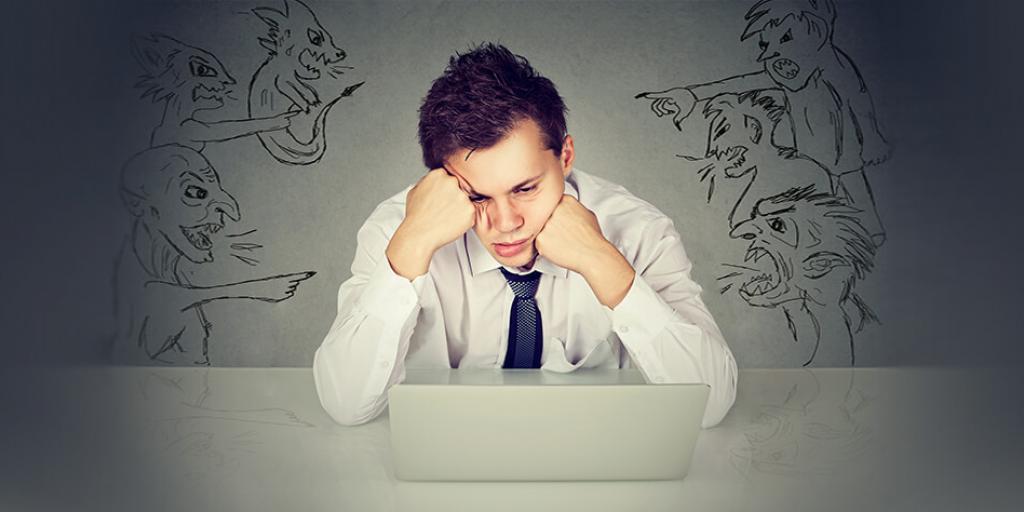 The Modern Malady of Mockery

Mockery has been around throughout mankind’s history, but in recent times it seems to have become increasingly common to mock competitors, public personalities, and authority figures—and even God, Christ, the Bible, and religion in general. The Bible warns that mockers sit “in the seat of the scornful” (Psalm 1:1).

We have all likely witnessed actors, talk show hosts, celebrities, comedians, educators, students, politicians, and many others openly mock anyone who professes belief in God, Jesus Christ, or any part of the Bible. Snide and sarcastic comments, taunts and jeers, and even abusive and vulgar threats are leveled—either in person or, more often, in vitriolic posts on the Internet.

Those who believe in God and strive to follow Jesus Christ are often portrayed as naïve, irrational, bigoted, narrow-minded hatemongers. But some who profess to believe in God may also mock God and His word by the very act of not believing what He says, as well as by teaching things that are clearly contrary to the Bible's instructions. It is mockery to contradict the clear word of God! Their teachings are nothing more than doctrines of men, and their unbiblical beliefs are really just distortions or contradictions of Scripture.

We shouldn’t be surprised at the rising level of mockery in our modern society. The apostles of Jesus Christ “told you that there would be mockers [deriders, false teachers, scoffers] in the last time who would walk according to their own ungodly lusts. These are sensual [worldly] persons, who cause divisions” (Jude 1:17–19). Mocking a person or group of people divides or separates the mocked from the mocking.

Though mockery and disrespect have plagued mankind throughout history, the pervasiveness of modern media has enabled both to go “viral,” spreading just as quickly as though they really were contagious diseases. Some influencers in the public eye—professional athletes, singers and musicians, actors, comedians, authors, journalists, and political leaders—have set poor examples for not only young people but also the wider, general populace. Some spew out vulgarities, sarcastic desecrations, and vile accusations against others. A few decades ago, such behavior may have been soundly condemned by the public and the press, but continuously poor examples have degenerated society.

Mockers and scorners seem to be always haughty and arrogant. Search the news and you’ll find numerous headlines highlighting arrogance in sports, politics, entertainment, and business—but other areas of society are far from immune.

Bullying, which often involves mockery, has become an increasing problem that school administrators grapple with. This is partially because many of those who influence children through the media habitually taunt and mock not only their competitors but also those who simply disagree with them. The playground, the sports arena, the workplace, the classroom, the political debate stage—none of these are immune from relentless mockery.

Sadly, the “low road” is all too easy to walk, “For scorners delight in their scorning” (Proverbs 1:22) The Hebrew word translated “scorners” means “to scorn, make mouths at, talk arrogantly” (The Brown-Driver-Briggs Hebrew and English Lexicon). Scoffers arrogantly feel superior to the objects of their scoffing.

Jesus Christ, through whom God created all things and who became the Savior of the world, was mocked, scorned, and abused (Matthew 27:27–41; Mark 10:34; 15:20, 31; Luke 23:11). We shouldn’t be surprised to find His followers also being demeaned and ridiculed for their beliefs, suffering from verbal abuses hurled at them, and being attacked for upholding the teachings of the Bible.

There are many mockers in the last time, but God’s word says, “Blessed is the man who walks not in the counsel of the ungodly, nor stands in the path of sinners, nor sits in the seat of the scornful” (Psalm 1:1).

To learn more about God’s biblical teachings and avoid the modern malady of mockery, continue perusing our many free resources here at Tomorrow’s World.