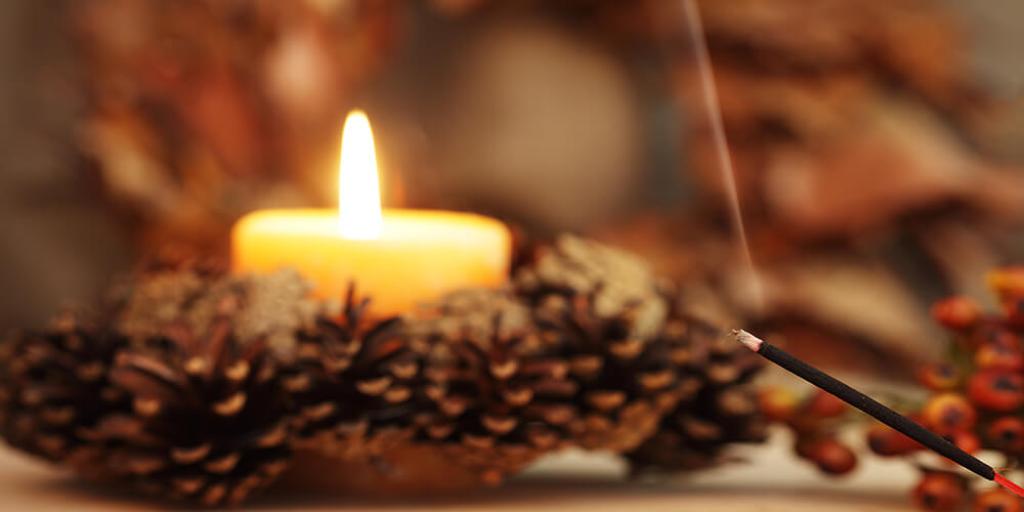 The Real Spirit of Hallowe’en

The “Day of the Dead” is looming, with all the macabre symbolism of the season. I usually enjoy my daily walk through my residential neighborhood, but in the past few days the scene has changed as giant spiderwebs and partially buried skeletons appear on manicured lawns. Leering skulls with lighted eye sockets peer from simulated graveyards, and a variety of monsters in various stages of decay, some with creepy sound effects, set the tone for the October 31 celebration of “Hallowe’en.”

The name is derived from “All Hallows’ Eve,” the evening before “All Hallows’ Day,” also known as All Saints’ Day. For centuries, the Roman Catholic Church has dedicated a day to honor all the “saints” who do not have a festival day of their own. Since the eighth century, the November 1 observance has been universal throughout the Catholic Church.

Many of the popular traditions and the party atmosphere extant today evolved from the ancient pagan Celtic festival called Samhain, also known as “The Feast of the Dead,” which revolved around the belief that the dead could mingle with the living. The early church absorbed these customs into the All Hallows’ Eve observance because of their popularity with the masses.

Today, modern advertising and mass marketing have built a huge demand for costumes, decorations, food, candy, games, and entertainment based on these cherished traditions.

Hey, what could be wrong with having a little fun with the customs of Hallowe’en? If one looks to the Holy Bible for their standard of conduct and values, the answer becomes very clear. Deuteronomy 18:10–11 states that there should be no one “who practices witchcraft, or a soothsayer, or one who interprets omens, or a sorcerer… or one who calls up the dead. For all who do these things are an abomination to the Lord.” Manasseh, a king of Judah, was condemned for practicing sorcery (2 Chronicles 33:6). Several scriptures in the New Testament prohibit such activity.

This celebration also promotes two ideas that the Bible does not support. “Saints,” as characterized in this tradition, are special individuals who have influenced authenticated miracles and who have gone through a process of canonization to be formally recognized by the church. This is a false concept. The Bible defines saints as “those who are sanctified in Christ Jesus, called to be saints, with all who in every place call on the name of Jesus Christ our lord” (1 Corinthians 1:2). Simply put, the saints are baptized believers in Jesus Christ who faithfully practice His ways.

Many do not acknowledge that there is a spiritual dimension involved in Hallowe’en. The Bible reveals that Satan the devil is the “god of this age” (2 Corinthians 4:4). This evil being has deceived the whole world (Revelation 12:9). The devil and his demons are responsible for much of the evil that wreaks havoc around the world today. The spirit beings portrayed by Hallowe’en traditions are those fallen angels that do Satan’s bidding.

There is a better way of life that requires one to leave pagan customs behind. This way results in a change in priorities and values. Jesus put it this way: “But seek first the Kingdom of God and His righteousness, and all these things will be added to you” (Matthew 6:33). He described the right path in Matthew 7:13–14: “Enter by the narrow gate; for wide is the gate and broad is the way that leads to destruction, and there are many who go in by it. Because narrow is the gate and difficult is the way which leads to life, and there are few who find it.”

Avoid the path to destruction, along which the “Day of the Dead” is a prominent tourist attraction, and choose the path to life.

If you are ready to let go of traditions dominated by the evil one and his demons, Tomorrow’s World can help show you the way. Consider our study guides Restoring Original Christianity and Satan’s Counterfeit Christianity. They are free of charge. You can read them online or order your own printed copies.