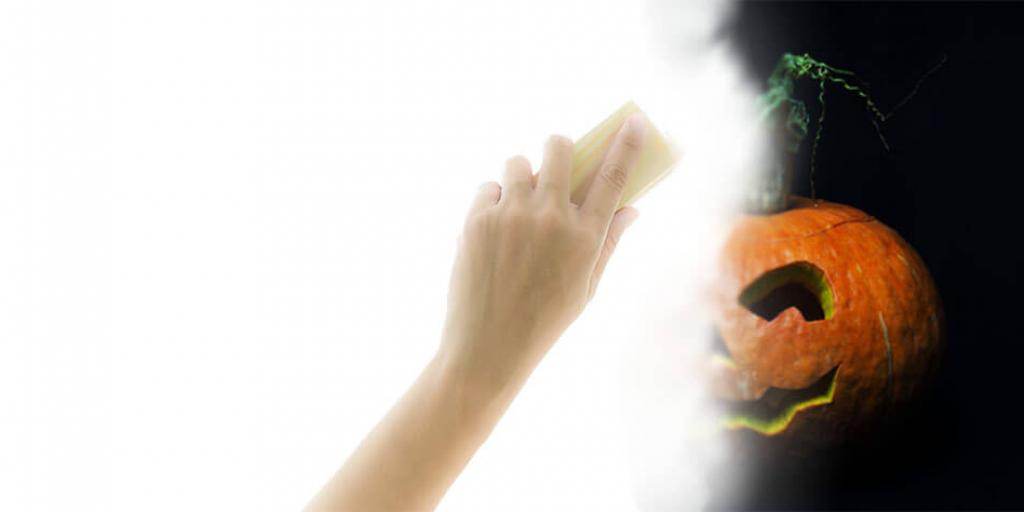 Halloween—A Treat or a Trick?

In the coming weeks, tens of millions of children the world over will be getting ready to dress up in strange costumes and scary-faced masks to go door to door and beg for candy treats by saying, "Trick or treat!" At the same time, teens and adults are also getting ready to attend parties and gatherings to celebrate this strange holiday by donning costumes that are ghoulish, bizarre, or risqué.

While most think Halloween is harmless fun, others see this day in a different light, and some have fears and superstitions about it. What is Halloween all about? What does it mean? And is it innocent, or is there something sinister hiding behind the masks of costume and decoration?

If you look up Halloween in an encyclopedia, you'll find the origin of this holiday is both ancient and pagan. Similar celebrations were held all over the world, in different cultures, all at the very same time. While there were differences, the common theme was that October 31 was the night of dead souls or wandering spirits—ghosts—who might do mean tricks if not placated with offerings of food and drink. A place was set for the dead and tales were told of people's long-departed ancestors. Lanterns and candles were lit to guide the spirits of ancestors home. But for the witches, fairies, and demons that were also about, costumes and makeup were worn to appear as one of the dead. Frightening masks were worn to try to scare them away. Scary faces were also carved into pumpkins and gourds, which were then placed in windows with lit candles inside. Bonfires were also lit as part of purification rituals.

From Egypt to Central and South America, this night was celebrated as the festival of the dead. In Ireland, this pagan festival, celebrated on October 31 at sundown, was known to the Celts as Samhain. It was believed that the border between this world and the world of the dead became so thin at this time that the spirits of the dead, as well as other supernatural entities, could pass to this world, making communication with departed loved ones easy at this time. It was a night of superstitions, divinations, incantations, and odd traditions.

Divination was practiced as a means to determine such things as the identity of one's future spouse and how many children they might have. Apples were often used in these rituals, owing to the ancient sagas telling of the Celtic Otherworld wherein was located the apple tree whose fruit had magical properties.

Samhain continues to be celebrated today by neo-pagan Wiccans who consider it one of the principal religious days to honor the dead. But it is also celebrated by millions of ordinary people as a holiday named Halloween or All Saints' Day.

Christianity attempted to convert the pagans to Christianity by attaching new meanings to the old pagan festivals. So this night of the dead was to be changed to honor the departed saints and renamed All Saints' Day. But the pagan traditions continued unabated, as people to this day still wear costumes and masks, still carve pumpkins with scary faces, still place fake gravestones in their yard, still play games of divination, and still decorate with witches, ghosts, fake gravestones, and various representations of the dead and the macabre.

Perhaps those celebrating the day have been treated to a trick by being seduced into observing a day that is thoroughly pagan in origin and practice.

So what does God think of this holiday and others that are based on paganism with false meanings? And does God have days that He wants mankind to observe—days with real and exciting meaning, Holy days which explain God's plan for humanity? If you'd like to find out, write, or go online, for the booklet The Holy Days: God's Master Plan, absolutely free.