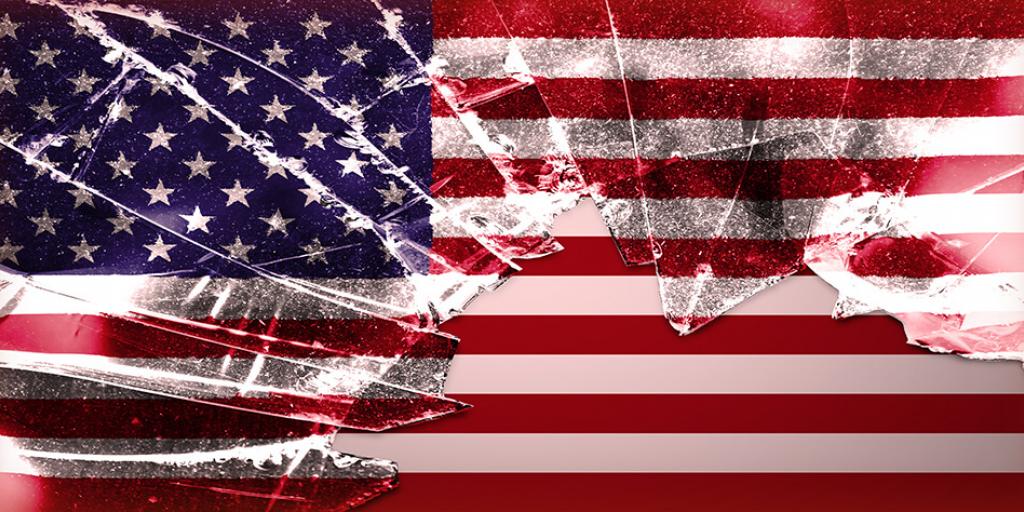 These Disunited States of America

As we remembered 1776 and celebrated the anniversary of the birth of the United States of America, countless Americans were reminded, if only for a day, of the heroic beginnings of this great nation.

Many years have passed since that sweltering summer in Philadelphia when the Declaration of Independence was signed, but they are only a short time in the flow of history. Extraordinary men laid it all on the line as the colonies broke away from the motherland and started a new, sovereign nation.

There wasn’t perfect accord on all the details of how this new nation would be governed, but these men were in agreement that a free people should chart its own course as a nation. Singleness of purpose and general agreement on the principles to be followed were hallmarks of the times. The results were spectacular. Outmanned, outgunned, and poorly supplied, with all the odds against them, the colonists prevailed with grit, determination, and seemingly obvious providential intervention.

Since then, political debate in America has often been acrimonious, strident, and bitter, yet the people of this country have basically been of one mind regarding the principles that have made America great. There was general support for WWI and WWII as the world came under threat from the Axis powers. Things changed during the conflicts in Korea and Vietnam when politically motivated “police action” by our military actually weakened us in the eyes of much of the world.

After 9/11 plunged the United States and the world into the war on terrorism, political rhetoric in America became much more vicious. With many factions railing against the president and his party, opposition to the war in Iraq became the mainstay of most news media commentaries. Bias against the war in Iraq being recognized as a legitimate defense against terrorism is obvious in many mainstream news programs and publications.

Clashing viewpoints of liberals, conservatives, libertarians, independents, environmentalists, and others severely hamper our leaders from creating a unified approach as they lead the people of this country on issues like national defense, immigration, energy policy, healthcare, and the economy.

The last several presidential elections and endless opinion polls clearly show that the United States is a deeply divided nation with only a few percentage points separating the major parties. Accusations made by members of the opposing parties are harsh and vitriolic, and they demonstrate a hatred that goes beyond political differences. These diatribes reveal the unfolding of a monumental struggle for power, with the future direction of this country hanging in the balance.

As a nation, we face obstacles and challenges that might be overcome if we were of one mind as a people. However, the current political climate in this country shows a lack of unity and moral direction, resulting in confusion and a loss of purpose. As a nation, we are adrift morally, socially, and politically. Where will all of this lead?

Sadly, it will lead to no good end. The obvious signs of national decline are all around us, yet our leaders squabble and do not appear capable of making the hard decisions to get us back on track as a people.

We should not be surprised! Jesus Christ addressed this very situation long ago when He told his disciples, “Every kingdom divided against itself is brought to desolation, and every city or house divided against itself will not stand” (Matthew 12:25). The answers to America’s problems of decline and peril are found in a book that almost everyone has, but almost no one reads. The Bible holds the key to righteous government.

So celebrate the founding of this country, but pray fervently for these “Disunited States of America.” If you are interested in knowing about the future of our country, request our free booklet The United States and Great Britain in Prophecy. This booklet will give you insights into what lies ahead for our beloved country based on the prophecies of your Bible.