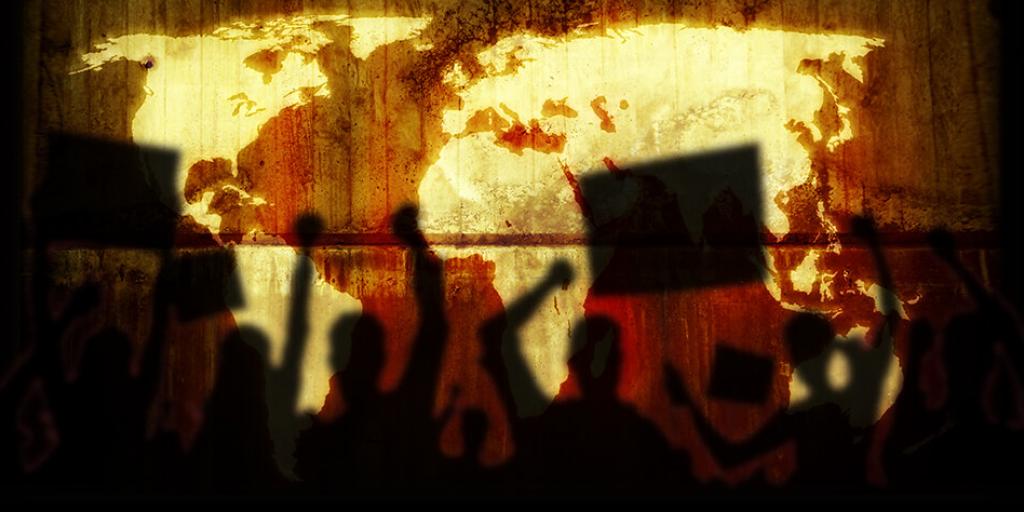 Why Society is Deeply Divided

News articles discuss the deep divides in societies the world over. Whether the division occurs in politics, education, religion, or culture, every side has strong proponents and equally strong opponents. Why are people so deeply divided? And is there a solution?

Divisions are as old as mankind. Disagreements about who the leader should be, who has water and grazing rights, on whose property is the well, where the property boundary line is, and which god should be worshipped, all go back to antiquity.

Taxes have long been a source of division leading to conflict and, ultimately, to war. Throughout mankind’s recorded history we find many deep divides that lead to wars. Even when one side prevailed and destroyed the other side, the “winning side” still suffered losses. Sometimes, both sides become too exhausted from fighting and suffering long-lasting consequences, and decide to cease hostilities. And sometimes belligerents never seem to be defeated, as partisan battles and terrorism continue endlessly long after there are no more "boots on the ground."

Today’s world is no different. Our headlines tell of the deep political divides between liberals and conservatives, between government and the governed, between “haves” and “have-nots,” between inner city and urban, and between religions, cultures, races, and ethnicities. We have recently witnessed such divides lead to heated rhetoric, contention, and outbreaks of violence. This occurs on college campuses, at town hall meetings, during political rallies or in the midst of demonstrations in the public square.

People are divided on issues ranging from abortion to zoning. Seemingly, you can mention any subject and there will be people on both sides of issues like housing, the economy, sex education, sources of energy (coal, wind, solar and nuclear), lifestyle, entertainment, drug use, immigration, and many other controversial subjects.

Occasionally there are pleasant, though brief, moments of unity, often after a tragedy. A community may come together after a devastating storm or flood. A senseless murder may evoke an emotional outpouring of support with candle light ceremonies and memorials of flowers and gifts. The Psalmist, David, king of Israel, said in Psalm 133: “Behold, how good and how pleasant it is for brethren to dwell together in unity!” But sadly, unity is fleeting. Disunity does not stay away very long.

A thinking person may ask, “Where is God in all of this? Why is there so much division in the world? Didn’t Jesus come to bring peace to the earth?” The surprising answer is “No,” at least not yet! Christ said, “Do not think that I came to bring peace on earth. I did not come to bring peace but a sword. For I have come to ‘set a man against his father, a daughter against her mother, and a daughter-in-law against her mother-in-law’; and ‘a man’s enemies will be those of his own household’” (Matthew 10:34–36). Luke’s account says: “Do you suppose that I came to give peace on earth? I tell you, not at all, but rather division. For from now on five in one house will be divided: three against two, and two against three…” (Luke 12:51–53).

Christ was a controversial figure, with statements made such as: “… So there was a division among the people because of Him,” and other similar statements (John 7:43).

One of the goals of true Christianity is to have no division in the Body of Christ: “Now I plead with you, brethren, by the name of our Lord Jesus Christ, that you all speak the same thing, and that there be no divisions among you, but that you be perfectly joined together in the same mind and in the same judgment” (1 Corinthians 1:10).

Carnality (being unconverted and without the spirit of God), is the source of strife and divisions (1 Corinthians 3:3). So there will be no lasting peace and divisions will continue until Christ returns to the earth, at which time He will bring peace and unity. To learn more about this exciting time, read The World Ahead: What Will It Be Like? and The Holy Days: God’s Master Plan.