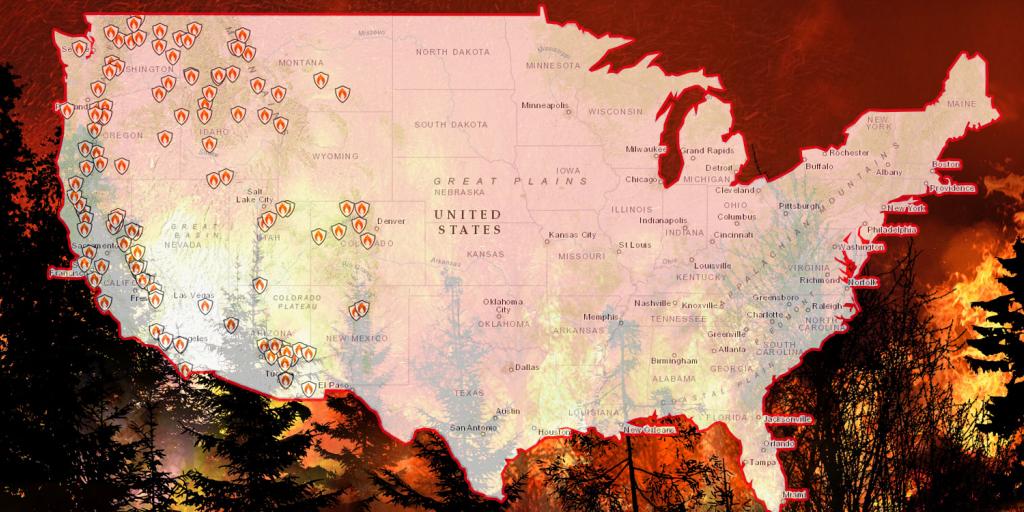 Massive forest fires are burning across the western United States. From California up to Washington and from the western coast inland to Wyoming and Colorado, multiple fires have burned millions of acres so far this year (The New York Times, September 11, 2020). As one official put it, “[It’s] becoming sad that every year we’re having this conversation. We say this is the biggest year, and then the next year say this is the biggest year. It’s becoming numbing how frequently we have to say this.”

Tens of thousands of firefighters are battling blazes in multiple states, while states also face shortages in firefighting personnel and equipment. In Oregon, over 40,000 people have been evacuated (revised down from an earlier incorrect number), with more informed that they, too, may need to flee. Oregon’s governor stated, “We have never seen this amount of uncontained fire across the state” (The Weather Channel, September 11, 2020).

The scale of destruction in the American West is sobering. However, fires are also burning in Canada and Europe. In the pages of the Bible, God warns modern Israelite-descended nations (including nations of Western Europe and many English-speaking countries) that “your heavens which are over your head shall be bronze, and the earth which is under you shall be iron. The Lord will change the rain of your land to powder and dust; from the heaven it shall come down on you until you are destroyed” (Deuteronomy 28:23–24). As we see increasing droughts, famines, and destructive fires around the globe, we need to remember that admonition. Yet we can take encouragement, as well, as Jesus Christ tells us in Luke 21:28, “Now when these things begin to happen, look up and lift up your heads, because your redemption draws near.” For more on this subject, read our commentary “Sighing Because of the News.”