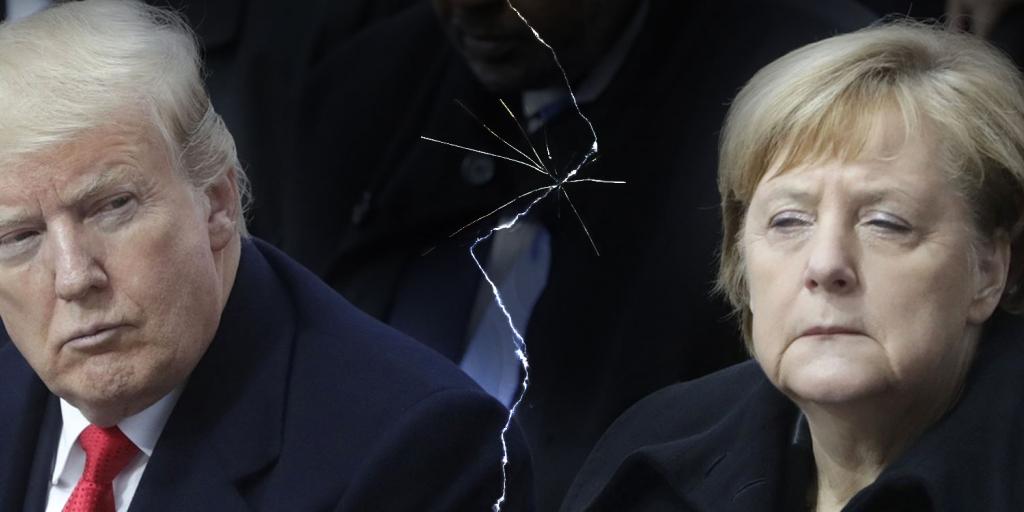 According to German news source Der Spiegel, “Never since the founding of postwar Germany have relations between Berlin and the United States been as fragile as they are today” (August 21, 2019). President Trump and Chancellor Merkel communicate very little and have not had a good relationship. In addition to President Trump’s comments that Germany needs to pay more for Europe’s defense, the U.S. Ambassador to Germany—normally a politically neutral position—has made provocative statements about Germany’s internal domestic politics.

The article, titled “German-U.S. Ties Are Breaking Down,” reported that America “is more unpopular with Germans than ever before. A survey conducted for the Atlantik-Brücke found that 85 percent of Germans view the relationship with the U.S. as negative or very negative.” In fact, 42 percent of Germans see China as a more reliable partner than the U.S. Many Germans, including those in government, now reject President Trump’s ideas reflexively. But the president is not the only American pressing Germany. Der Spiegel summarized the express position of a researcher at the American Hudson Institute: “The Germans need to finally get over the idea that they can remain a kind of giant Switzerland in the middle of Europe forever.”

The U.S. and its current president seem to be pushing Germany to move away from the pacifist, team-playing position they have followed since World War II and to begin playing a bigger role on the world stage. While current events seem to be propelling Germany in that direction, Bible prophecies reveal that a German-led Europe will emerge to play a major role that will impact the world in the years just prior to the return of Jesus Christ at the end of the age. The rise of this German-led Europe will have serious consequences for America and many other nations. To learn more about the German people, their history, and their future, watch our TWNow program “Germany Will Lead Europe Again!”