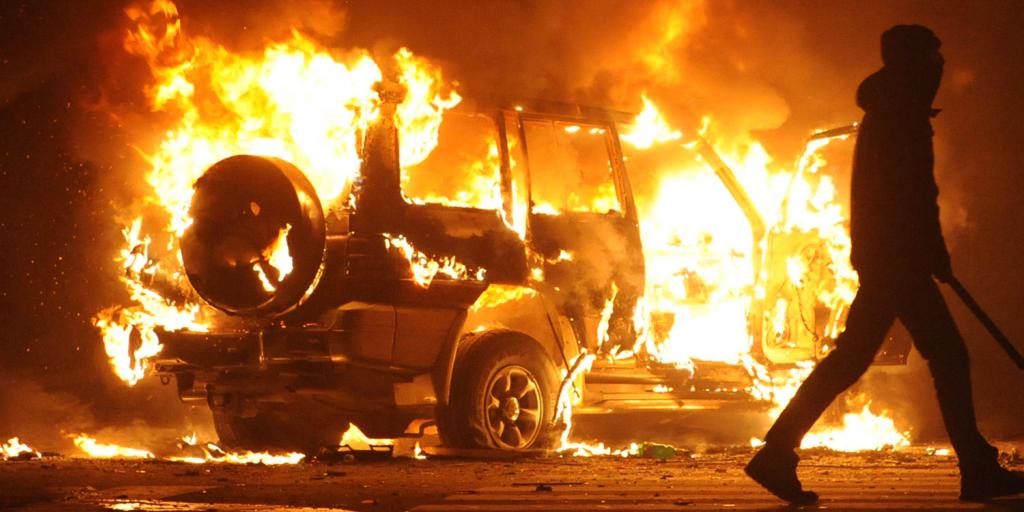 In the last couple weeks there have been mass riots in several cities in Kazakhstan, a Central Asian nation the size of Western Europe (BBC, January 6, 2022). Rioters have looted, burned down buildings, and caused additional destruction, and some have been shot by the state military. Labeled “terrorists” by the ruling party, rioters have also taken over the international airport and apparently hijacked several aircraft (Deutsche Welle, January 5, 2022).

The Kazakh president has requested assistance from the Collective Security Treaty Organization, a group of former Soviet nations led by Russia, originally formed about 30 years ago to resist outside threats, and has authorized troops to “shoot to kill.” Russian paratroopers have now assisted in putting down the uprising (Reuters, January 7, 2022). Internet to the country has been cut, so real-time news is difficult to find. It appears that some of the nation’s military are supporting the protesters who are demonstrating against rapidly inflating fuel costs.

The situation in Kazakhstan illustrates how people can react when they are put under intense pressure by rapidly rising costs—in this case gasoline. When people are poor and cold and cannot afford fuel for vehicles or heat, violence can quickly erupt and threaten to destabilize governments. The Kazakh minister of security was removed by the president last week and the prime minister’s government has resigned. Could situations like this happen in other nations? Even in Western democracies? The third horseman of Revelation represents future scarcity and extreme prices for life-sustaining goods (Revelation 6:5–6), and Jesus warned of conflict and scarcity at the end of the age (Matthew 24:7)—saying that such events will only be the “beginning of sorrows” (v. 8). As nations print more money to fend off economic woes and inflation increases, we should not be surprised to see more civil revolts in response to government actions. To gain a prophetic perspective on world events today, be sure to watch “A World on Fire.”