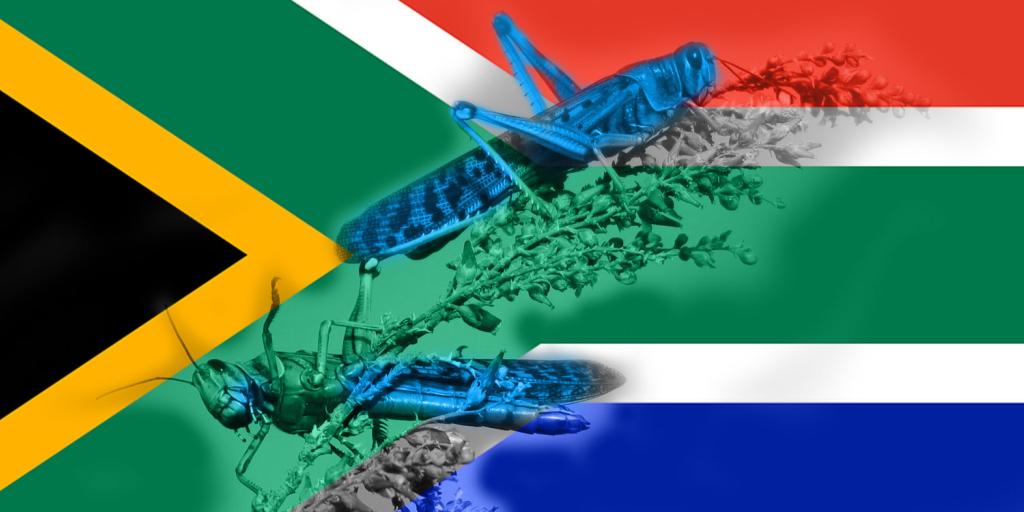 Right on the heels of close to a decade of drought, South Africa’s farmland is being devastated by ravenous locust swarms that have exploded due to long-awaited rains (MSN, March 15, 2022). “According to Agri SA, this is one of the biggest locust swarms in years and, with the assistance of donors and the Department of Agriculture, farmers are trying everything to save their land and food.” Some swarms are massive, with one reported to be 50 square kilometers (19 square miles).

Locusts have exceeded the capacity of ground-control teams, so the government has begun aerial spraying—which also kills other insects and plants in the area. Locusts lay eggs each year, but in periods of drought most do not hatch but lie dormant in the soil. When rains finally do come, as they have this year, the years’ worth of dormant eggs hatch together, overwhelming the landscape! South Africa exports wheat to other African nations in addition to feeding its own people. With South African crops being hit hard by locusts and with the Russia-Ukraine war cutting wheat exports (half of African wheat imports come from Russia and Ukraine), the food sources of African nations will suffer a drastic hit. The World Food Programme’s executive director warned, “If you think we’ve got hell on earth now, you just get ready.… If we neglect northern Africa, northern Africa’s coming to Europe. If we neglect the Middle East, [the] Middle East is coming to Europe” (Politico, March 22, 2022).

Bible prophecies warn of devastating plagues, pestilences, and food scarcity as we approach the end of the age (Matthew 24:3–8). To learn more about these coming events, be sure to read “The Third Horseman: Unprecedented Famine Ahead.”