Locusts Are Devouring the Horn of Africa! | Tomorrow's World 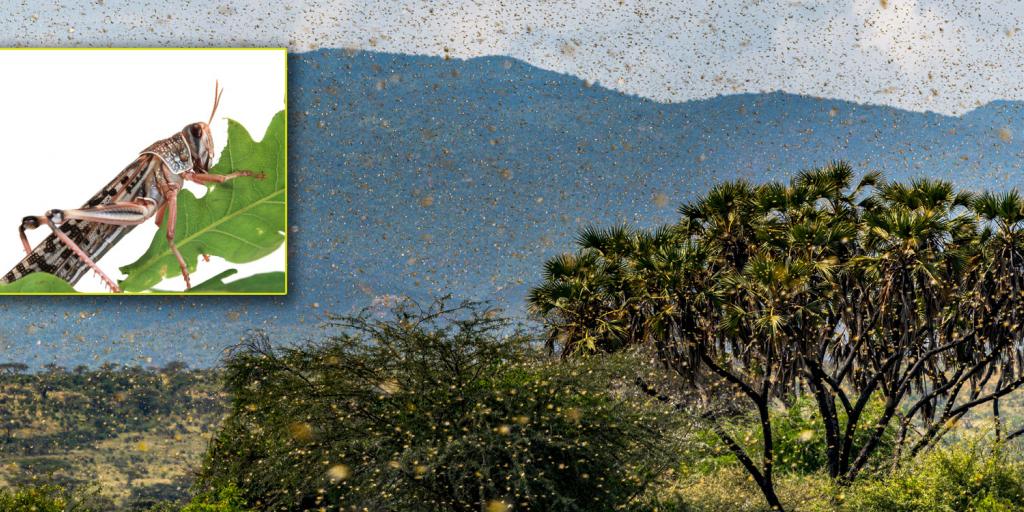 Locusts Are Devouring the Horn of Africa!

The Horn of Africa is battling the worst locust plague to hit the region in seven decades (The Telegraph, January 26, 2020). “In biblical style, the locusts have already devoured and destroyed 70,000 hectares (175,000 acres) of farmland across Somalia and Ethiopia.” Tremendous rainfall in the region has optimized breeding conditions for the insects, resulting in a massive population explosion. Locusts can be devastating for a region—a large swarm can eat every bit of green foliage on a farm in half a day, destroying the livelihood of farmers for an entire year! In one instance, a passenger plane was forced to change flight plans and land at a different airport to avoid locust swarms.

Somalia has declared the situation a national emergency (BBC, February 2, 2020). A Ministry of Agriculture spokesperson noted the locusts this year are larger than usual, meaning they are eating more. Farmers and governments fear that, if the locusts remain, they will destroy entire spring harvests. Some experts believe the size of the swarms could multiply 500 times by the spring, and officials are calling for international help in dealing with them.

Meanwhile, Deutsche Welle reports that Pakistan has also declared a national emergency due to locusts (February 1, 2020). The insects crossed into the country from Iran last June and have devastated cotton, wheat, maize, and other crops. According to the article, “Their potential for large-scale destruction is raising fears of food insecurity.” India is also experiencing locust swarms. Some believe that the best defense against this insect plague is aerial spraying.

Bible prophecy foretells a future when the earth will be devastated by many different plagues from animals, insects, and microorganisms. The current locust outbreak is a sample of what is to come prior to Christ’s return, when devastation will reach the point that a quart of wheat is sold for an entire day’s wages (Revelation 6:5–6). For more insights into end-time plagues prophesied to impact our world, read or listen to Fourteen Signs Announcing Christ’s Return.