The Cycle of Governments: What is Next? | Tomorrow's World 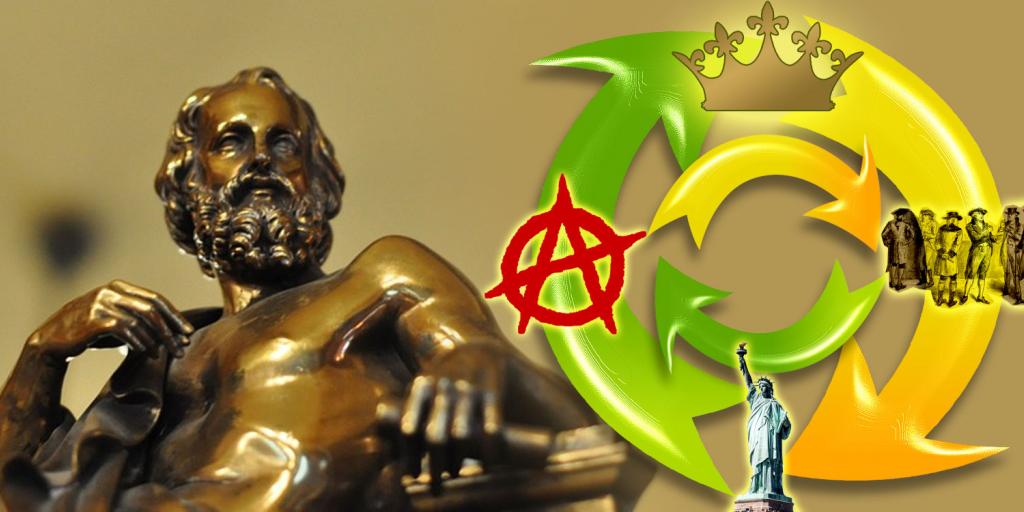 The Cycle of Governments: What is Next?

Long ago, Plato and others observed that governments appear to run in cycles. Monarchies have been the most prominent form of government. After the death of a king, nations are often ruled by an oligarchy or an aristocracy (rule by an elite few). When democracies (rule by the people) emerge next, they have a tendency to descend into anarchy (lawlessness), providing opportunities for “strong men” (dictators and tyrants) to gain control by promising to restore order. Whether or not this exact sequence is followed, change is certainly the rule.

Today, we are witnessing increasing assaults on many governments, as reformers and anarchists seek to overthrow those currently in power—not just in America, but around the globe. In Frankfurt, Germany, an open-air street party of 3,000 people ended in a riot, with participants throwing bottles while chanting demeaning slogans against the police (Deutsche Welle, July 19, 2020). Russia is seeing similar unrest: “Tens of thousands of people in Russia’s Far East marched in protests triggered by the arrest of a popular regional governor, but that has since morphed into a wave of growing dissatisfaction over social issues and the rule of President Vladimir Putin” (Wall Street Journal, July 18, 2020). In Hong Kong, ongoing protests have become more tense as protesters play “cat and mouse” with police (South China Morning Post, July 1, 2020). While many demonstrators may have legitimate concerns about injustices and the corruption evident in self-serving leaders, the increasingly violent and destructive nature of protests is pushing governments to react with force, as police and other citizens are injured and killed, public property is defaced, and buildings are set ablaze.

Many today have forgotten that the Bible has long warned that “in the last days perilous times will come” as people and governments become “lovers of themselves,” unforgiving, brutal, and without self-control (2 Timothy 3:1–5). The prophet Ezekiel describes end-time leaders—particularly in Israelite nations—as leaders who “feed themselves” and not the people they serve (Ezekiel 34:2). Prophecy indicates that growing anarchy in the years ahead will give rise to leaders whose actions will threaten the very future of civilization—necessitating the return of Jesus Christ to literally save the world (John 4:42). For more on this vital topic, listen to our webcast on “The Rise of Strongman Leaders.”