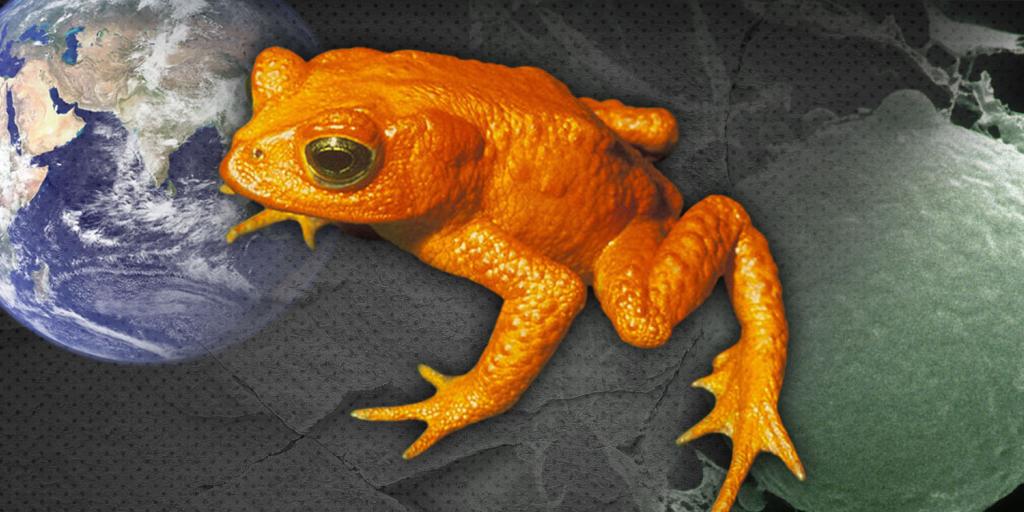 “The Worst Disease Ever Recorded.”

In a March 28 article, The Atlantic described a fungal infection known as “Bd.” This infection targets amphibians, such as frogs, and eats away at their skin, resulting in heart attack. Described as “a singularly apocalyptic fungus that’s unrivaled in its ability not only to kill animals, but to delete entire species from existence,” this fungus was first identified in the 1970s and has proceeded to devastate entire animal species ever since.

A team of researchers from the Australian National University “estimates that the fungus has caused the decline of 501 amphibian species—about 6.5 percent of the known total. Of these, 90 have been wiped out entirely. Another 124 have fallen by more than 90 percent, and their odds of recovery are slim.” The research team leader, Ben Scheele, stated, “It rewrote our understanding of what disease could do to wildlife.” Scientists believe the fungus is moved around the globe by global shipping and trade. And because of the interconnected nature of the ecosystem, the destruction of one species, say, a particular type of frog, often causes collateral damage to the species that feed on the frog and those preyed upon by the frog. So far, scientists have been unable to stop or even slow the spread of this destructive, mutating fungus.

Jesus Christ warned that one of the “signs” of the end of the age will be devastating pestilence or disease (Luke 21:11). The Bd fungus provides a glimpse into the devastating power of pestilences. What would be the global impact of a pestilence with the power of Bd if it entered livestock populations? Bible prophecies foretell dramatic events will impact the creatures of this earth in the last days (e.g., Hosea 4:1–3; Revelation 8:8–9). Thankfully, these terrible events will be followed by the return of the Savior of the world—Jesus Christ. For more information about end-time events, read or listen to Armageddon and Beyond.