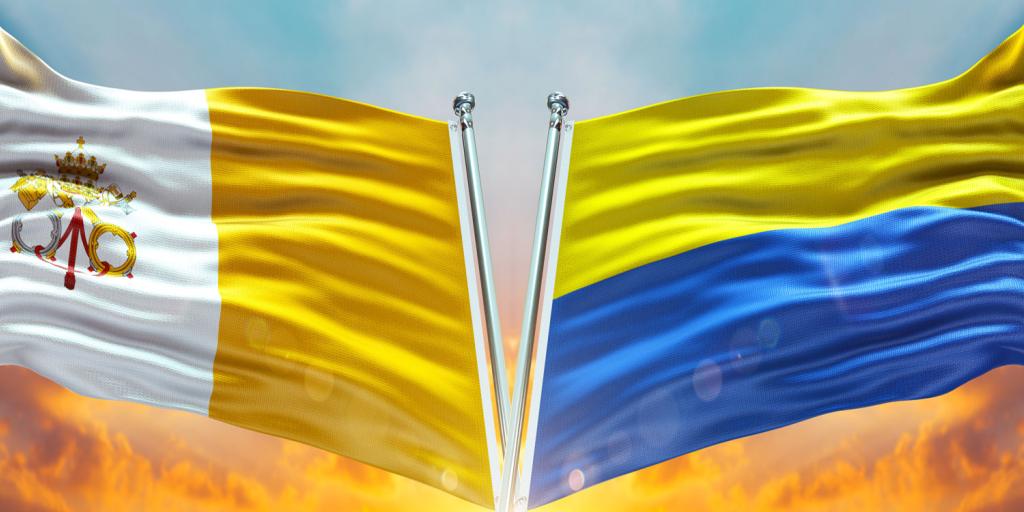 Ukraine’s President Volodymyr Zelensky recently spoke to Pope Francis by video call—the second such call in a month (Catholic News Agency, March 22, 2022). President Zelensky thanked the Pope for his prayers for the Ukrainian people and he apprised the Pope of the deteriorating humanitarian situation in the Ukraine. President Zelensky informed the Pope he would “welcome Vatican mediation to end the suffering in his country.” Ukraine’s ambassador to the Holy See stated that the phone conversation provided a “new visible gesture of support.”

In recent days, Pope Francis’ condemnation of Russia’s war in Ukraine has increased. In a speech to European Catholic representatives, the Pope “denounced the ‘perverse abuse of power’ on display in Russia’s war in Ukraine and called for aid to Ukrainians, whom he said had been attacked in their ‘identity, history and tradition’ and were ‘defending their land’” (The Guardian, March 18, 2022). He also said, “The blood and tears of the children, the suffering of women and men who are defending their land or fleeing from the bombs shake our conscience. Once again humanity is threatened by a perverse abuse of power and partisan interests, which condemns defenceless people to suffer all forms of brutal violence.”

While several nations have offered to help broker a peace between Russia and Ukraine and to help end the conflict, it remains to be seen if the Vatican will become directly involved as a mediator. However, Bible prophecy clearly shows that the Roman Catholic Church will rise in prominence and power in Europe—to the point that its end-time leader will be one of two “beasts” mentioned in Revelation 13 (vv. 11–17). One of the signs of the end of the age to watch for is the increasing involvement of the Roman Catholic Church in European and world affairs! To understand the “news behind the news,” be sure to read or listen to our revealing booklet Fourteen Signs Announcing Christ’s Return.