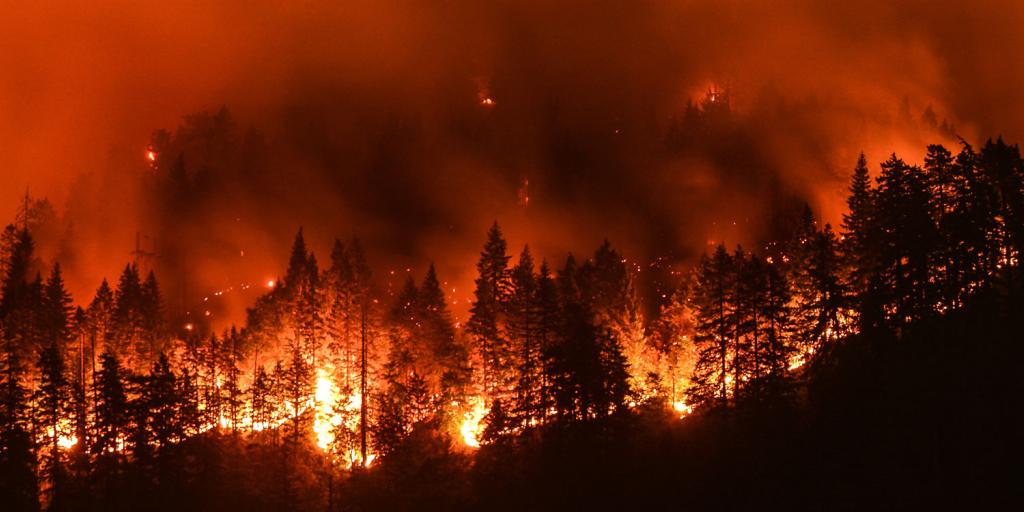 According to the National Interagency Fire Center, more than a million acres of land in the U.S. have burned so far in 2022—more than double the acreage that saw fires by this time in 2021. “The agency’s accounting also shows that more fires have ignited this year than any other in the last decade and burn totals are more than 71% higher than the ten-year average” (The Guardian, May 1, 2022). Experts believe this “explosive start” to the fire season is a harbinger of what is to come as the summer months approach. In New Mexico, where the largest fires are burning, more acres have burned so far this year than in seven of the eight previous years. Last year’s monsoon rains caused an explosion in the growth of vegetation, and the ongoing drought turned that green growth into this year’s brown fire fuel. “More than two decades of extreme drought have turned forested mountains and valleys into a tinderbox” (Reuters, April 29, 2022).

Meanwhile, further west in southern California, “officials took the unprecedented step of declaring a water shortage emergency and ordering outdoor usage be restricted to just one day a week for about 6 million people in parts of Los Angeles, Ventura and San Bernardino counties” (LA Times, April 26, 2022). California’s drought is the “driest on record.” One water manager commented, “We are seeing conditions unlike anything we have seen before.” And along the Colorado River, water levels in some of the nation’s largest reservoirs are dangerously low. Officials delayed releasing water from Lake Powell in order to continue to feed the hydroelectric power plant that provides power to nearly six million customers (CNBC, May 3, 2022). These reservoirs also provide drinking water to large downstream cities like Las Vegas and Phoenix.

The Bible warns that the sins of Israelite-descended peoples will bring devastating results (Leviticus 26:19). What we are seeing in the U.S. southwest is only a taste of what is to come: “Through the wrath of the LORD of hosts the land is burned up” (Isaiah 9:19). Drought, famine, scarcity, and starvation are tools that God will use to get the attention of the nations. To learn more, notice the foresight of a commentary that was written 17 years ago—it is entitled, “Drought and Weather-Related Calamities.”