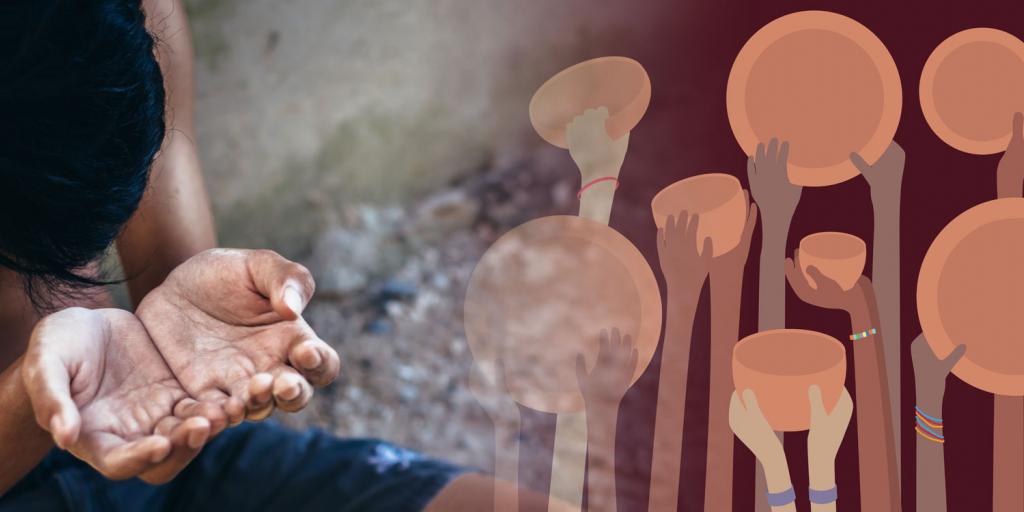 Based on a recent, sobering report from the United Nations’ World Food Program (WFP) and the Food and Agriculture Organization (FAO), Deutsche Welle reports, “Acute hunger will increase in over 20 countries if the global community does not take action soon” (March 23, 2021). Thirty-four million people—a group roughly equivalent to the population of Canada or Peru—are experiencing extreme malnutrition, a condition considered “close to dying from starvation.” According to the report, Yemen, South Sudan, and northern Nigeria are in an especially dangerous state, and “acute hunger could also increase in many other countries such as Afghanistan, Syria, Lebanon and Haiti.”

Experts identify the causes of starvation as war and conflicts, COVID-19-related hunger, extreme weather, locusts, and lack of access to those most at risk (caused by local governments or conflict). Three factors appear to be critical to prevent more starvation: an end to war and fighting, the ability to access and help vulnerable populations, and funding (WFP and FAO estimate $5.5 billion is needed).

The tragic reality is that mankind has not been able to bring an end to fighting and war, and because of this, access to the planet’s most vulnerable populations will not come soon enough for many. From a human perspective, the situation is dire and defies solution! The Bible has long predicted that if Jesus Christ does not return, “no flesh would be saved” (Matthew 24:22). However, the good news is that Jesus is going to return to establish the Kingdom of God, and His government will cause wars and fighting to cease (Isaiah 2:2–4) and put an end to suffering and starvation (Amos 9:13). To learn more about this very real and awesome future, be sure to read or listen to The World Ahead: What Will It Be Like?