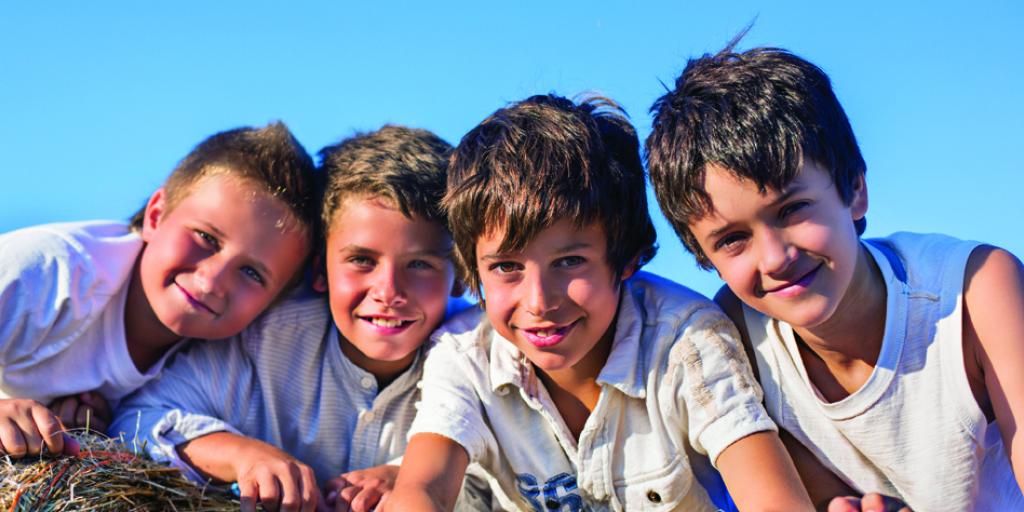 Once my sisters and I were visiting our parents with our families, pooling all of their grandchildren together, ages 18 months to six years. At the time, that made for seven children in all: six boys and only one girl, my niece Kyrstin. As all seven played, the six boys were teaming up, pretending to fight off some terrible, imaginary monster. When I asked my oldest son what they were doing, he replied, “We are protecting Kyrstin from the giant lobsters!” Meanwhile, Kyrstin, while throwing in a bit of “fight” against the giant, imaginary lobsters from time to time, was obviously more interested in dancing and playing with the pretend woodland creatures that existed in her version of the imaginary scene.

It was a great demonstration of the natural differences between boys and girls.

Our Western world tries it’s best to convince us there is no such difference; but when we watch boys and girls play, we generally do notice that there is a difference that exists to varying degrees on a very fundamental level. As moms, it should be our task to ensure we don’t squelch those differences, and that we work to bring up our children in the way they should go.

As moms we can understand girls. After all, we were girls once. Boys, on the other hand, can seem like strange creatures to us! They seem to race everywhere, climb everything, collect an endless supply of cuts and bruises, live much of their life in the world of “good guys versus bad guys,” and, of course, enhance their activities with non-stop mouth noises and sound effects. It can leave a mom asking God, “What were You thinking?”

In our effort to bring up boys, we must be careful not to try and root out of them those characteristics that are the seeds that grow and turn them into men. By trying to simply squash all of these behaviors, we run the risk of breaking our boys so they will not become the men they could be. For example, say our young son climbs onto the couch and jumps off. Instead of trying to take this adventurous characteristic out of our son, as if it were a character flaw, take the time to teach. Explain that jumping off living room furniture is not how we take care of our things, and that we could break something. Then explain that if he wishes to jump off things, perhaps he could jump off the plastic chair in the middle of the yard so that he won’t break Mommy’s couch and is less likely to hit his head on objects close by. This teaches him there is a time and place for jumping and about taking calculated risks—good lessons for later in life.

The past is filled with examples of great men and leaders whose lives were clearly associated with these sorts of characteristics. Jesus called the Apostles James and John “Sons of Thunder” (Mark 3:17). If you think about that, there was probably some wrestling and broken things when they were youngsters. Mr. Herbert Armstrong talks about shopkeepers sending him as an inquisitive young boy on an errand looking around town for “pigeon milk” to keep him busy and out of their hair (Autobiography of Herbert W. Armstrong, Vol. 1, p.15). Yet, his unyielding curiosity would one day be used by God to begin the Philadelphia era of God’s Church.

We are a society filled with broken and perpetually-adolescent men who have refused to grow up. There are many helpful secular books that are available to help us with the task of bringing up our sons. Speaking with our husbands and our minister or elder can help, as well. Check out Dr. Douglas Winnail’s sermons “Christian Manhood” and “The Path to Christian Manhood” for some perspective.

A boy who is always pushing his limits, fighting off imaginary “monsters,” jumping off of chairs in the yard, and constantly racing, wrestling and climbing is doing what he needs to do to become a man who can take charge of his life and take care of his family. As a mom, remember that a broken arm will heal, but a broken man is a very sad sight.