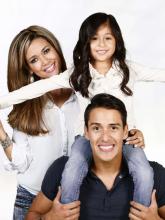 Has digital addiction come between you and your family? Is your kids’ screen time too much? What about your own? Learn the key to making a difference! 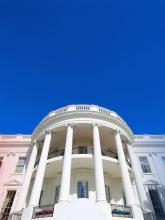 Are we allowing politics to become an idol?

Parents worry about how to keep their kids safe while also helping them grow strong. You can do both, and the Bible shows you how.

Recently, on January 20, 2021, the United States swore in a new President. As most of the world watched with bated breath, Joe Biden was elected to succeed President Donald Trump with an election turnout that surpassed anything in U.S. history. After a very contentious election, the United States remains more divided than ever as accusations and counteraccusations dominated the news months after the election. This all culminated in the capitol riot on January 6, the second impeachment of Donald Trump, and his subsequent acquittal.

One of the tragedies of modern American life is that every event is given a political slant. The COVID-19 pandemic is no different, as most politicians and media outlets seem more concerned about scoring political points than coming together for the good of nations. While honest disagreements about how to help the public may arise in these times, it looks like politicians of all persuasions are more concerned with using the crisis to influence public opinion and elections.