Are food shortages just ahead? | Understand Jesus' predictions regarding famine and the end times. 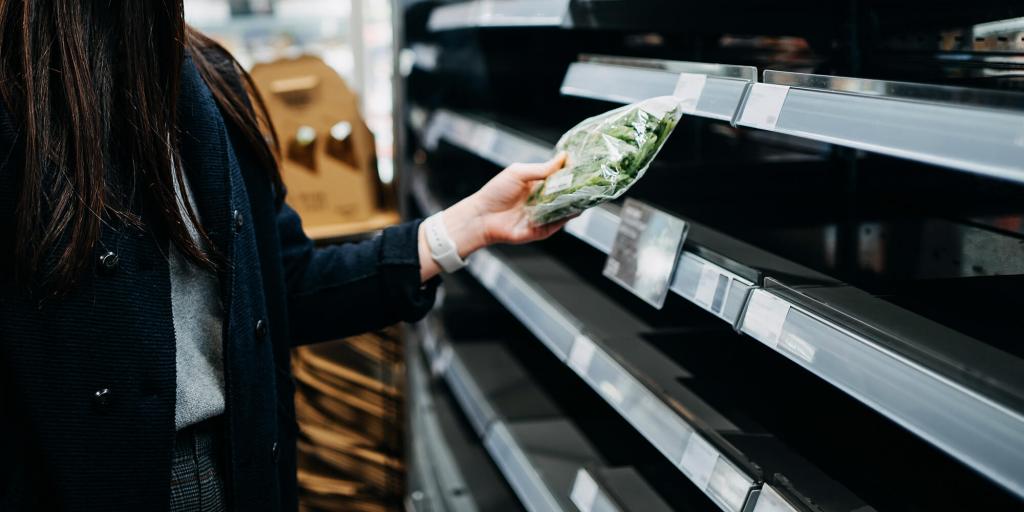 A famine is a shortage of food—an age-old problem that has persisted into the modern era. Did you know that in the last two centuries, tens of millions have died from starvation? And did you know that conditions are ripe for a global famine?

Some will dismiss the idea of large-scale famine, thinking that science and modern agriculture will intervene and prevent that from happening—but science isn’t almighty and modern agriculture cannot produce food from nothing. Let’s take a look at current conditions and determine not only whether a global famine is possible, but whether one is looming.

Food shortages have various causes. Crops can fail because of weather extremes like droughts, hail, freezing, flooding, monsoons, fires, volcanic eruptions, and other natural disasters. Plant diseases or infestations of insects such as locusts can wipe out crops. Food shortages can also be caused “artificially”—by war, government policies, pandemics, large migrations of people, and food becoming unaffordable for those in poverty.

What is the state of these various causes of food shortage in our world today?

A quick Internet search is revealing. Mexico is suffering from significant drought conditions. Canada is facing “extreme drought” in parts of the Prairies. Much of the western half of the United States is in extreme or exceptional drought, and America’s winter wheat crop was diminished in 2021 by the severe temperatures of a polar vortex coupled with a lack of protective snow cover.

For the past several years, Australia has suffered a deficiency of rainfall in some areas and flooding in others. The whole east coast of New Zealand is dry to very dry, particularly in the north. Southern Madagascar (off the southeast coast of Africa) is in its fifth year of drought and is expecting significant decreases in harvests. Taiwan is in severe drought. Brazil is facing its worst drought in 91 years. Some nations of Europe are also experiencing drought watches, warnings, and alerts. Other nations that often rely on food-producing nations for humanitarian food aid include Ethiopia, Sudan, Eritrea, Somalia, Uganda, and Morocco. China, Afghanistan, Pakistan, and Iran are also experiencing drought.

With so much of the world in a state of drought and decreased food production, are food shortages on our doorstep? The following two articles illustrate the potential for impending food shortages, extreme hunger, and starvation:

And when things are scarce, prices rise. Here are two articles about rising food prices:

The UN is warning of global famines, saying, “The world is facing multiple famines of ‘biblical proportions’ in just a matter of months.” Millions are on the verge of starvation and hundreds of millions are chronically hungry.

In addition to wars, pestilences, and earthquakes in various places, Jesus said famines would be one of the signs of the “end of the age” (Matthew 24:3–7). As illustrated above, there are strong indications that crop production could fail and that serious, wide-area food shortages could happen.

We can’t go very long without drinking and eating to sustain our physical lives. This is one reason why God uses famine as a curse for disobedience—for the purpose of correction, to turn people from wickedness and toward repenting and seeking Him (Leviticus 26:14–26; Deuteronomy 28:23–24). Many know of the “four horsemen of the apocalypse,” which include the black horse, picturing scarcity of food and extremely inflated food prices, and the pale horse, picturing death (Revelation 6:5–8).

What most don’t know is that there will also be a final end to hunger and scarcity. Jesus Christ promised there would be, and these disturbing events taking shape now, called the “beginnings of sorrows” (Mark 13:8), will give way to a better time.

You don’t have to face the future unprepared. Visit Tomorrow’s World at our Facebook page or follow us on YouTube for regular insights into world news and prophetic trends.