A Letter from the Grave | Tomorrow’s World 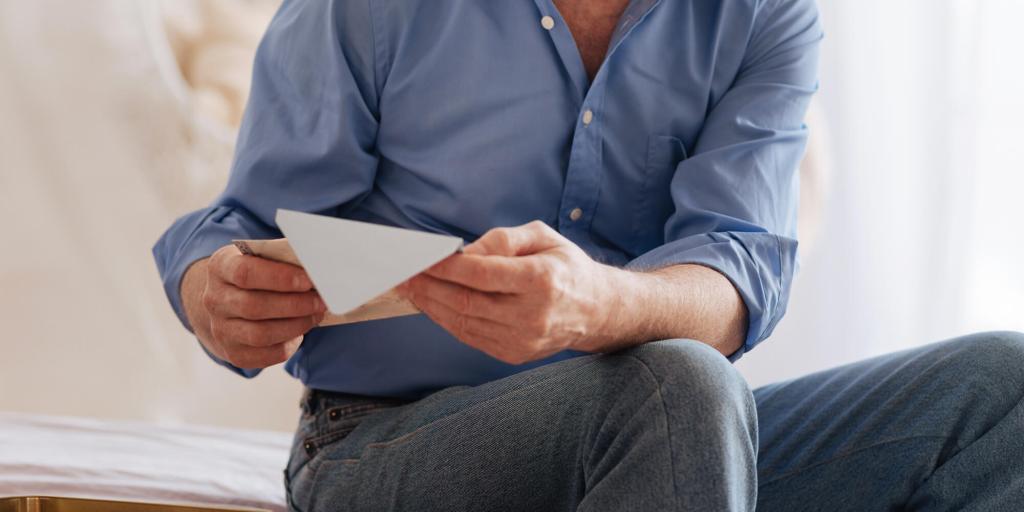 A Letter from the Grave

We seem to make too few friends as we go through life. The friends you have in childhood and in high school are often just a memory, as life and the demands of making a living unfold and the years roll by. As adults, we have business associates, co-workers, casual acquaintances, and the like, but usually few deep, abiding friendships.

I had one of those genuine friendships, a relationship that I valued highly over a period of many years. My friend and I did not always agree on everything, but that did not really matter. When differences of opinion arose, we spoke our minds, agreed to disagree, and moved on without permanent damage to the relationship. The fact that we could discuss important issues was of value to both of us. In time, we were separated by miles and years, but the spark of friendship was still there and we would occasionally be in touch.

In the course of time, my friend, who was several years older than me, died. He lived a long and full life, but I was saddened to learn of his demise.

Several years later, I was surprised to hear from my old friend’s son, who explained that, in going through his father’s papers and personal effects, he found a letter addressed to me with the notation, “Deliver to Davy after my death.” It was the only time I have received a letter from someone who had already gone to the grave.

The contents of the letter further saddened me, for, you see, unbeknownst to me, I had offended my old friend during an important disagreement some years before and he never told me, which was certainly out of character for him. As I remembered the conversation that his letter referred to, I recalled no anger or heated discussion. I remember reasoning with him to support my position, and I thought it was, as it had been several times before, that we simply agreed to disagree.

But, according to the letter from the grave, that was not the case. My friend strongly disagreed with me and took serious offense to my stand on the matter. He felt that I had put him down and shown disrespect, which was never my intent, nor my recollection of the matter. Sadly, my friend never let me know of his angst while he was alive, and I learned of it after it was too late to do anything about it.

Regrettably, this type of misunderstanding often happens between friends and acquaintances. Friendships are shattered and relationships are damaged beyond repair. However, it does not have to be that way. The Bible contains instructions on interpersonal relationships that, if followed, can ensure lasting relationships that endure the ups and downs of life.

For example, in the Gospel of Matthew 18:15–17, Jesus Christ said, “Moreover if your brother sins against you, go and tell him his fault between you and him alone. If he hears you, you have gained your brother. But if he will not hear, take with you one or two more, that ‘by the mouth of two or three witnesses every word may be established.’” This is obviously difficult for people because so few actually do it.

There is a great verse that tells how to handle anger. Ephesians 4:26 states, “‘Be angry, and do not sin’: do not let the sun go down on your wrath, nor give place to the devil.” Imagine, if this was followed, the judicial courts would probably be empty. Jesus restated an ancient biblical principle when He said, “Blessed are the peacemakers, for they shall be called sons of God” (Matthew 5:9).

I look forward to seeing my old friend in the “resurrection of the just” (Luke 14:14) to finally make amends and restore our friendship.

Do not let an offense or disagreement, real or imagined, come between you and your friends. If we follow biblical instructions, most relationships can be salvaged, even improved and strengthened, and precious friendships maintained. The free booklet The Ten Commandments will put you on the right path. Also, be sure to read or order online the booklet What Happens When You Die?